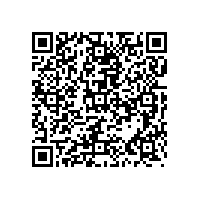 (PresseBox) ( Friedrichshafen, 06.04.17 )
The German start-up e-volo is celebrating the world premiere of the first series model of a passenger multicopter on April 5 - 8, 2017 at Europe's largest general aviation trade fair AERO in Friedrichshafen. After six years of development e-volo is presenting the Volocopter 2X, a vertical take-off and landing (VTOL) aircraft powered purely by electricity and capable of carrying 2 passengers.

In addition to the failure tolerance due to the Volocopter’s redundancy concept and its ability to fly emission-free, the low-noise operation marks another important advantage over other VTOL aircraft.

The 2X is the consequent evolution of the VC200 prototype towards everyday use. Its battery replacement system allows for a quick swap and makes it ready for operation within a few minutes. The 2X also leaves a very attractive optic impression. The sporty design includes a delicate rotor plane and a cockpit that comfortably seats 2 adults. Glazed doors and upholstered leather seats are some of the optional extras that will also be offered.

The Volocopter 2X has been developed for approval as an ultralight aircraft and should receive "Multicopter" type certification that shall be created under the new German UL category in 2018. Anyone with a Sport Pilot License (SPL) for multicopter will be able to fly the Volocopter 2X, which is quite simple and extremely safe thanks to its automatic height and position control.

With granting of the type certificate, series production of the 2X is set to start for the German air sports market. Until then, several pre-series models shall be used for test flights and demonstrations.

The Volocopter 2X has not only been designed as a sport aircraft but also as a demonstrator for future urban mobility systems. By 2018, the first Volocopter 2X models with special permit are set to be used as flying taxis in pilot projects. The technology also allows for remote controlled and even autonomous flights. For the first flying taxi pilot projects, e-volo assumes the Volocopter 2X will still be pilot-controlled due to the currently applicable regulations. Initially, remote-controlled or autonomous taxi flights can be carried out unmanned as necessary.

For the future, e-volo is striving to obtain a commercial registration for the Volocopter, which allows for transportation of passengers as commercial taxi flights. The development of a 4-seater Volocopter with international approval (EASA/FAA) is one of the next planned steps in the development of e-volo.

Development history of the Volocopters

e-volo celebrates world premiere of the first series model of a passenger multicopter. The 2X is the consequent evolution of the VC200 prototype towards everyday use. Its battery replacement system makes it ready for operation again in only a few minutes. The sporty design includes a delicate rotor plane and a cockpit that comfortably seats 2 adults.

The Volocopter VC200 received the ‘permit-to-fly’ as an ultralight aircraft from German aviation authorities in February 2016. In the context of the commenced test program, e-volo has started to conduct manned flights.

The unmanned maiden flight of the VC200 as well as the first test flights are successfully completed in the dm-arena in Karlsruhe. Following several indoor-flights of several minutes’ duration with a number of gentle starts and landings, all the expectations upon the Volocopter are exceeded.

The innovative concept of the electric VTOL aircraft was able to so convince the German Federal Ministry of Transport that it resolves upon a trialing scheme spanning a period of several years for the creation of a new aviation category for the Volocopter.

The DULV (The German Ultralight Association) is commissioned with drafting a manufacturing specification, operating regulations and the training scheme for the future pilots in cooperation with e-volo.

The Volocopter inventors succeed in performing the world’s first manned flight with an electric multicopter. The flight with the VC1 lasts precisely 90 seconds. The global media response overwhelms the team of inventors but already provides an indication of the economic potential of the Volocopter. Inquiries and application ideas from all round the world reaffirm the e-volo team in its undertaking to develop an aircraft that is eligible for approval.

Technical description of the Volocopter

The Volocopter is made of fiber composite material in light-weight design. In addition to cruise flights, it can also take-off and land vertically as well as hover in the air. The Volocopter runs on an all-electric propulsion system. The electric motors of its 18 rotors are powered by 9 independent batteries. The Volocopter achieves a system-wide high degree of reliability by redundancy. This principle is used in all system components that are essential for safe flight operations. The necessary thrust required to provide buoyancy is achieved through several independently driven rotors, each with two fixed blades. Unlike a helicopter, the blade angle on the Volocopter cannot be adjusted. The amount of thrust produced depends solely on the rotation speed of the different rotors.

Appropriate combination of the torques around the vertical axis (yaw), which are produced by the speed differences of the different rotors, and perpendicular to it (roll and pitch), as well as alterations in the total thrust produced by all the rotors enable the Volocopter to maneuver in all three rotational degrees of freedom (pitch, roll, and yaw), whereas the fixed setup of the rotors allows for translational movement (vertical, "up/down"). In combination with the position angle, the Volocopter is able to make flight movements in all six rotational and translational degrees of freedom as well as indirect horizontal movements ("forwards/backwards" and "rightwards/leftwards").

In the Volocopter with its 18 rotors that have a fixed blade angle, its multi-redundant flight control system ensures precise altitude control and positioning stability. It is actually even much more stable than conventional aircraft. The Volocopter adheres to the pilot’s input and compensates for external effects independently. This makes flying it much easier, and the pilot can control the Volocopter safely, even in adverse environmental conditions.

The flight control system comprises of several completely independent units. Each flight control unit contains a complete set of positioning sensors that consist of pressure gauges, gyroscopes, accelerometers, and magnetometers for all three spatial axes. Each individual flight control unit is able to completely control the Volocopter. The Volocopter is operated with one hand using a joystick. The pilot intuitively controls all flight axes through rotational movements of the joystick’s axes. Climb and descent commands are given through an altitude control thumb button. In order to land, the pilot only needs to press and hold the button down until the Volocopter is on the ground. Once it nears the ground, the control system automatically slows down the Volocopter to ensure a gentle landing.

Christophe Hafhouf has reinforced the Sales Team of Aviationscouts GmbH