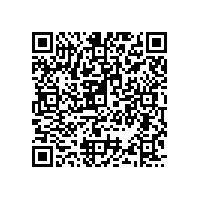 In the scope of the agreement, NaturalMotion's morpheme technology has been integrated with the latest build of Vision Engine 7. The combination of Trinigy's powerful game engine and NaturalMotion's cutting-edge animation solution provides game developers with an ideal package for the creation of highly immersive games. Developers who choose to work with both technologies will be furnished with a set of dedicated samples as well as comprehensive documentation supplied with the Vision Engine 7 SDK, allowing them to work productively from the first day on.

"With morpheme, NaturalMotion has created an amazing piece of technology," said Danie Conradie, President and CEO at Trinigy, Inc. "Several of our customers are planning to use morpheme for their Vision-based titles, and we're glad to provide them with a comprehensive framework they can start with right away."

"Vision Engine 7 is an ideal technology for showcasing the unparalleled abilities of morpheme," added Christian Staack, VP Sales, The Americas, Japan and Australia at NaturalMotion. "With morpheme's unprecedented creative controls, together with the Vision Engine's high performance and versatility, developers are able to create highly immersive gaming experiences."

NaturalMotion Ltd. is the first company to create 3D character animation software based on Dynamic Motion Synthesis (DMS), a technology that utilizes Adaptive Behaviors and artificial intelligence to simulate the human-nervous system. Based on research conducted at Oxford University on the control of body movements, NaturalMotion's euphoria synthesizes 3D character animation in real time on PLAYSTATION®3, Xbox 360® and PC. Having debuted in Rockstar Games' record-breaking Grand Theft Auto IV, euphoria is also featured in LucasArts' Star Wars: The Force Unleashed.

NaturalMotion's off-line DMS product endorphin creates animation an order of magnitude faster than traditional techniques, and is widely used in the film and game industries, with customers such as Sony, Giant Killer Robots, The Mill, Capcom, Namco and Konami.

morpheme is robust animation middleware designed to give developers and animators unprecedented creative control over the look of their final in-game animation by allowing them to author and preview blends, blend trees and transition graphs in real time. Since its launch in 2007, morpheme has seen rapid adoption in the games industry, including customers such as Bioware, Eidos and Disney.

Trinigy is an independent company focusing on the development of advanced 3D graphics technology with its headquarters based in Southern Germany and offices in Austin, TX (USA). In the field of 3D game engines, Trinigy is one of the world's leading companies.

Trinigy's Vision Engine 7 is one of the world's most advanced technologies for professional game development. Currently in use in numerous commercial game productions all over the world, by well-known companies such as Ubisoft, Firefly, Take 2, Neowiz, Dreamcatcher, and others, the Vision Engine has proven its versatility for use in a multitude of game genres, including real-time strategy, racing, first person shooters, role-playing games and massively multiplayer online (MMO) games. Vision Engine 7 is currently available for PC (DX9, DX10), Xbox360(TM) , PLAYSTATION®3, Nintendo Wii(TM) , XBLA(TM) , PSN(TM) and WiiWare(TM) .