GDP expertise, reliable delivery and no service restrictions during the coronavirus pandemic pay off: Expressdienst receives new and repeat orders in the healthcare sector 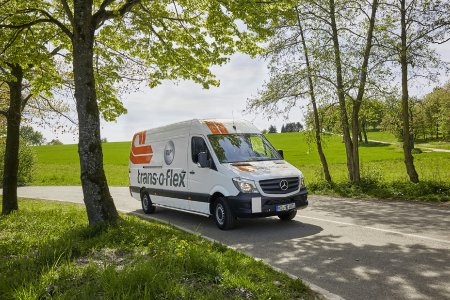 (PresseBox) ( Weinheim, 05.10.21 )
As in North Rhine-Westphalia, Schubert Medizinprodukte is now using trans-o-flex's Expressdienst, which specialises in healthcare transport, to deliver PCR pool tests to schools in Bavaria. This means that all primary and special schools in the Free State will initially receive PCR pool tests for their pupils twice a week until the end of February 2022. That is more than 20,000 individual deliveries. In addition, the Bavarian State Ministry of Health and Care has commissioned trans-o-flex for the second time to produce 350,000 printed, personalised and die-cut A5 label sheets and also deliver them to around 3,300 schools in Bavaria. "We have not restricted our service throughout the entire coronavirus pandemic to date, but have demonstrated our special expertise and reliability in all aspects of transporting medicines and other sensitive goods," says Wolfgang P. Albeck, CEO of trans-o-flex's Expressdienst. "As a result, numerous customers are now approaching us with new or repeat orders because they can rely on us to comply with the EU GDP rules for healthcare products."

In Bavaria, for example, trans-o-flex has also ensured the supply of Covid-19 vaccines to vaccination centres. In North Rhine-Westphalia, rapid tests were delivered to schools and authorities, for which the logistics service provider developed a customised internet-based ordering system. Throughout Germany, trans-o-flex has been delivering Covid-19 rapid tests to the central agencies of all federal states on behalf of various manufacturers since these tests became available. A total of more than 250 million such tests have already been transported to date. In North Rhine-Westphalia, schools are supplied with special PCR pool tests (so-called lollipop tests) on behalf of Schubert Medizinprodukte in 400 shipments per week.

trans-o-flex's core areas of expertise are logistics solutions for the healthcare, cosmetics and consumer electronics industries and other high-end, sensitive goods. The company has built up transport networks to carry goods throughout Germany and Austria at 15 to 25 degrees Celsius or 2 to 8 degrees Celsius actively temperature-controlled and documented in accordance with EU regulations for healthcare transports. These EU-GDPs require the highest standards for safety and security, cleanliness, reliability and transparency, from which all trans-o-flex customers benefit. trans-o-flex operates internationally via the networks EUROTEMP (temperature-controlled logistics) and EURODIS (in 36 European countries). In contrast to parcel and groupage services, trans-o-flex delivers parcels and pallets on a consolidated basis. trans-o-flex Express offers numerous express and time-slot deliveries, special services such as hazardous goods transportation (without minimum quantity regulation), consignment consolidation and direct deliveries. The range of services is complemented by warehousing, order picking and individual value-added services such as serialisation and deserialisation of pharmaceuticals. This means that the company covers the entire logistics chain from procurement through to fulfilment. The annual turnover of the trans-o-flex companies, which employ a total of around 1,954 people (FTEs, end of 2020), amounted to around 515 million euros in 2020. More information is available at https://www.trans-o-flex.com/