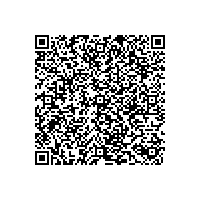 Highlights Include:
Images to accompany this news release can be found at http://whitegoldcorp.ca/investors/exploration-highlights/.

“We are very encouraged with these positive drill results in such close proximity to our flagship deposits with our first RAB drilling on newly identified targets.  With only a few holes drilled on each target in a first-pass, shallow drill program, this further validates the effectiveness of our exploration methodologies, the large scale of the mineralized system and the potential for additional new discoveries on this underexplored trend which has now been expanded to an area of roughly 55 km2. We look forward to our first drilling on the additional new targets identified on this trend and following up on these results in the upcoming season” stated David D’Onofrio, Chief Executive Officer.

Extensive soil sampling and other exploration activity on the White Gold Property has outlined an area approximately 11 kilometres north south and 5 kilometres east west of anomalous geochemistry including the Golden Saddle and Arc deposit resource areas. Surrounding these resource areas are a number of gold occurrences, which appears to indicate two different geochemical signatures. The Golden Saddle, Donahue North and South and McKinnon East and West occurrences appear to be gold only systems, while the Arc, Ulli’s Ridge, Ryan’s Surprise, Minneapolis Creek and Teacher’s occurrences have Au-As-Sb-Mo geochemical signatures. To date most zones outside of the resource areas have seen only limited and shallow drilling, and significant potential for additional gold discoveries remains. Highlights from the 2019 RAB drill program on the White Gold property are detailed below.

A total of 1,344m of RAB drilling over 20 holes was conducted on the White property in 2019, primarily performing an initial evaluation on 7 of the newly identified target areas generated from soil sampling, prospecting and geologic mapping, GT Probe sampling, trenching, and geophysical data as previously announced on August 22, 2019.  Assay values for the drilling ranged from trace to 4.68 g/t Au. There is not currently enough information to determine true thickness of the reported results.

The McKinnon East target is approximately 5.5km to the southeast of the Golden Saddle deposit and covers a 1,200m x 250m, northwest trending gold in soil anomaly with values of up to 1,696ppb Au. RAB drilling followed up on gold anomalies in soil samples, trench grab samples of up to 68.9 g/t Au, prospecting samples of up to 49.9 g/t Au and historic drilling. Highlights of the historic drilling is shown below. Most of these highlights occur within broader low-grade intervals.

Highlights of the 2019 RAB drilling include:

Compilation of 2019 and historic drill data on the McKinnon East target indicate that the zone is open for further testing, particularly to the east and warrants follow up exploration activity.

The Ulli’s Ridge target is approximately 2.5 km southwest of the Golden Saddle deposit and covers a 2,000m x 500m, north-northwest trending zone of gold in soil anomalies with values up to 1,585ppb Au. RAB drilling followed up on GT Probe results that included multi-station GT probe hits of up to 1.625 g/t Au prospecting samples of up to 8.3 g/t Au and trenching samples of up to 1.5 g/t Au. Highlights of 3 RC holes that were drilled on a single section in 2017 are shown below.

Highlights of the 2019 RAB drilling include:

Results suggest that Au at the Ulli’s Ridge target is associated with As and Mo values in a NNW-SSE trending system which remains under explored and open in multiple directions and warrants follow up exploration activity.  There is a 300 metre gap between the limited drill testing that has been carried out and the northernmost 1,000 metres of the anomaly has seen no drill testing to date.

The Minneapolis Creek target is approximately 3.5 km northwest of the Golden Saddle deposit and covers a strong 1,000m x 250 northwest trending gold in soil anomaly with values of up to 1,590ppb Au.  RAB drilling followed up on gold anomalies in soil samples, prospecting samples with values up to 5.02 g/t Au and multi-station GT Probe hits with values of up to 1.78 g/t Au, all within an airborne magnetic high.

Results to date from Minneapolis Creek suggest that Au is associated with As in a NW-SE trending system which remains under explored in both directions and warrants follow up exploration activity.

The reported work was completed using industry standard procedures, including a quality assurance/quality control (“QA/QC”) program consisting of the insertion of certified standard, blanks and duplicates into the sample stream.

About White Gold Corp.
The Company owns a portfolio of 21,207 quartz claims across 33 properties covering over 422,730 hectares representing over 40% of the Yukon’s White Gold District. The Company’s flagship White Gold property has a mineral resource of 1,039,600 ounces Indicated at 2.26 g/t Au and 508,800 ounces Inferred at 1.48 g/t Au. Mineralization on the Golden Saddle and Arc is also known to extend beyond the limits of the current resource estimate. Regional exploration work has also produced several other prospective targets on the Company’s claim packages which border sizable gold discoveries including the Coffee project owned by Newmont Goldcorp Corporation with a M&I gold resource(1) of 3.4M oz and Western Copper and Gold Corporation’s Casino project which has P&P gold reserves(1) of 8.9M oz Au and 4.5B lb Cu. For more information visit www.whitegoldcorp.ca.

(1) Noted mineralization is as disclosed by the owner of each property respectively and is not necessarily indicative of the mineralization hosted on the Company’s property.

Jodie Gibson, P.Geo., Technical Advisor, and Andrew Hamilton, P.Geo., Exploration Manager, for the Company are each a “qualified person” as defined under National Instrument 43-101 Standards of Disclosure for Mineral Projects, and each has reviewed and approved the content of this news release.

Potential quantity and grade is conceptual in nature. There has been insufficient exploration to define a mineral resource at the White Gold property beyond the Golden Saddle & Arc existing resource, and it is uncertain if further exploration will result in the targets being delineated as a mineral resource.

These forward-looking statements are based on reasonable assumptions and estimates of management of the Company at the time such statements were made. Actual future results may differ materially as forward-looking statements involve known and unknown risks, uncertainties and other factors which may cause the actual results, performance or achievements of the Company to materially differ from any future results, performance or achievements expressed or implied by such forward-looking statements. Such factors, among other things, include; expected benefits to the Company relating to exploration conducted and proposed to be conducted at the Company’s properties; failure to identify any additional mineral resources or significant mineralization; the preliminary nature of metallurgical test results; uncertainties relating to the availability and costs of financing needed in the future, including to fund any exploration programs on the Company’s properties; business integration risks; fluctuations in general macroeconomic conditions; fluctuations in securities markets; fluctuations in spot and forward prices of gold, silver, base metals or certain other commodities; fluctuations in currency markets (such as the Canadian dollar to United States dollar exchange rate); change in national and local government, legislation, taxation, controls, regulations and political or economic developments; risks and hazards associated with the business of mineral exploration, development and mining (including environmental hazards, industrial accidents, unusual or unexpected formations pressures, cave-ins and flooding); inability to obtain adequate insurance to cover risks and hazards; the presence of laws and regulations that may impose restrictions on mining and mineral exploration; employee relations; relationships with and claims by local communities and indigenous populations; availability of increasing costs associated with mining inputs and labour; the speculative nature of mineral exploration and development (including the risks of obtaining necessary licenses, permits and approvals from government authorities); the unlikelihood that properties that are explored are ultimately developed into producing mines; geological factors; actual results of current and future exploration; changes in project parameters as plans continue to be evaluated; soil sampling results being preliminary in nature and are not conclusive evidence of the likelihood of a mineral deposit; title to properties; and those factors described in the most recently filed management’s discussion and analysis of the Company. Although the forward-looking statements contained in this news release are based upon what management of the Company believes, or believed at the time, to be reasonable assumptions, the Company cannot assure shareholders that actual results will be consistent with such forward-looking statements, as there may be other factors that cause results not to be as anticipated, estimated or intended. Accordingly, readers should not place undue reliance on forward-looking statements and information. There can be no assurance that forward-looking information, or the material factors or assumptions used to develop such forward-looking information, will prove to be accurate. The Company does not undertake to release publicly any revisions for updating any voluntary forward-looking statements, except as required by applicable securities law.

Neither the TSX Venture Exchange (the “Exchange”) nor its Regulation Services Provider (as that term is defined in the policies of the Exchange) accepts responsibility for the adequacy or accuracy of this news release.