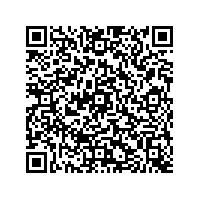 News abonnieren
(PresseBox) ( Toronto, ON, 21.02.19 )
First Cobalt Corp. (TSX-V: FCC; ASX: FCC; OTCQX: FTSSF) (the “Company” -  https://www.commodity-tv.net/c/search_adv/?v=298244) is pleased to announce the appointment of former Governor C.L. “Butch” Otter to the Company’s Board of Directors. Gov. Otter has had a long and prominent political career including both federal and state positions. In January 2019, Gov. Otter retired as Governor of Idaho following a 12-year tenure, making him the longest consecutively-serving governor in the United States. The addition of Gov. Otter to the Company’s Board of Directors will allow First Cobalt to draw on his extensive knowledge of the Idaho state landscape as First Cobalt advances the Iron Creek Cobalt Project in Idaho, US. Before devoting his career full-time to politics, Gov. Otter had a more than 30-year career as a business leader including 12 years as President of Simplot International.

“It is an honour to welcome Butch to the Board.” said Paul Matysek, Chairman of First Cobalt’s Board of Directors. “The former Governor brings extensive political experience and a strong business acumen, both of which will serve our Company and shareholders well. This key addition to the board of First Cobalt will certainly help advance our interests in becoming a leading producer in the United States.”

First Cobalt and Gov. Otter believe in developing a domestic supply of cobalt within the US to supply the growing demand over the coming years.

“Idaho has a long and rich mining history and the Idaho Cobalt Belt is strategically important to America as we seek to reduce our reliance on foreign sources of cobalt and other critical minerals,” said Gov. Otter. “Our country needs to become more self-reliant for minerals that are of strategic importance to our military and industry. First Cobalt has demonstrated a commitment to move swiftly and responsibly to develop a domestic supply of cobalt and I am keen to help with these efforts.”

“I am grateful to have another strong director join the board and I look forward to working with Butch on our Idaho project,” said Trent Mell, President & Chief Executive Office of First Cobalt. “First Cobalt’s strategy is to explore, mine and refine cobalt material in North America with the goal of providing cobalt to the American EV market. Gov. Otter’s deep roots in Idaho as well as his breadth of understanding of the federal and state-level political landscapes will be a tremendous asset as we continue to advance the Iron Creek Cobalt Project.”

Before devoting his career full-time to politics. Gov. Otter spent more than 30 years as a business leader including 12 years as President of Simplot International, a potato, livestock, and feeding company. Simplot has an integrated portfolio that includes phosphate mining, fertilizer manufacturing, farming, ranching and cattle production, food processing, food brands, and other enterprises related to agriculture. Simplot’s major operations are located in the U.S., Canada, Mexico, Australia, and China, with products marketed in more than 40 countries worldwide. For more information, visit http://www.simplot.com.

In connection with this appointment, the Company has issued incentive grants to purchase an aggregate of 150,000 deferred share units and 1,000,000 common shares of First Cobalt exercisable at a price of $0.18 for a period of five years. The grant of options remains subject to the approval of the TSX Venture Exchange and the requirements of the Australian Securities Exchange.

First Cobalt is a North American pure-play cobalt company whose flagship asset is the Iron Creek Cobalt Project in Idaho, USA, which has Inferred mineral resources of 26.9 million tonnes grading 0.11% cobalt equivalent. The Company also owns the only permitted primary cobalt refinery in North America. While currently on care and maintenance, the Company is exploring a potential restart of the Refinery, which has the potential to produce up to 1,000 tonnes of cobalt material per year.

Cautionary Note Regarding Estimates of Resources