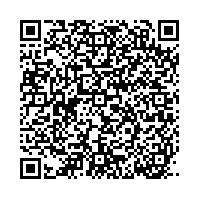 (PresseBox) ( Herisau / Johannesburg, 05.02.18 )
Sibanye-Stillwater (Tickers: SGL (JSE) and SBGL (NYSE) - https://www.youtube.com/...) is pleased to report positive operating results for the year ended 31 December 2017, with all the operations delivering solid results in the second half of the year.

Total capital expenditure for the year was R3.4 billion (US$ 256 million).

The US PGM operations produced about 376,300 2Eoz for the eight month period since acquisition by Sibanye-Stillwater, which was in line with guidance of between 350,000 (2Eoz) and 380,000 (2Eoz). Pleasingly, the US operations delivered record recycling throughput for the year and, as previously disclosed, the Blitz project yielded first PGM output in October 2017, ahead of schedule. AISC of approximately US$650/2Eoz for the eight months is in line with guidance of between US$620/2Eoz and US$650/2Eoz. PGM production for the six months ended 31 December 2017 was approximately 282,600 2Eoz, at an AISC of US$660/2Eoz.

Total capital expenditure for the eight months ended 31 December 2017 was US$124 million.

Sibanye-Stillwater CEO, Neal Froneman commented: “This is positive set of operating results, which, combined with the restructuring of the Cooke operations completed in the fourth quarter of 2018, provides a solid base for deleveraging the Group in 2018.”

Sibanye-Stillwater will release its results for the six months and year ended 31 December 2017 on 22 February 2018 via a live presentation. For webcast and conference call details on the day, please refer to the following link: https://www.sibanyestillwater.com/....