Saturn achieved record corporate reserves growth in 2018 marked by a 492% increase in proved developed producing, 323% in total proved and 467% in proved plus probable reserves

Throughout 2018, Saturn continued to execute our aggressive growth strategy focused within the prolific and highly economic Viking play in Saskatchewan.  Our 2018 capital expenditures program totaled $20.7 million and was directed to the acquisition of 26.3 net sections of land and the drilling and completion of 18 (17 net) Viking light oil wells, including 15 extended reach horizontal ("ERH") wells.  The success of this program is demonstrated by the significant growth in our reserves base year-over-year and strong capital efficiencies, which has set the stage for continued expansion and value creation through 2019 and beyond.

Through 2018, Saturn achieved record growth in reserves at the fastest pace in the Company’s history.  Following are key reserves highlights as at December 31, 2018 across various reserves categories:

Proved Developed Producing (“PDP”)
Total Proved (“TP”)
Total Proved + Probable (“TP+P”)
“I am extremely proud of our achievements in 2018, delivering an unprecedented year of reserves growth across all categories,” stated John Jeffrey, Chairman & CEO.  “These results highlight the depth of our high value, light oil Viking portfolio in Saskatchewan where we continue to expand our presence.  With a strong balance sheet and excellent capital and operating efficiencies to support our inventory of development opportunities, Saturn is in a strong position to continue creating value for our shareholders in 2019 and beyond.”

Year-end 2018 reserves were evaluated by independent reserves evaluator Ryder Scott in accordance with the definitions, standards and procedures contained in the Canadian Oil and Gas Evaluation Handbook (“COGE Handbook”) and National Instrument 51-101 Standards of Disclosure for Oil and Gas Activities (“NI 51-101”). A reserves committee, comprised of a majority of independent board members, reviews the qualifications and appointment of the independent reserves evaluator and reviews the procedures for providing information to the evaluators. The reserves evaluation was based on Ryder Scott forecast pricing and foreign exchange rates. Reserves included herein are stated on a company gross basis (working interest before deduction of royalties without inclusion of any royalty interests) unless noted otherwise. Additional reserves information will be included in Saturn’s NI 51-101 Forms regarding Statement of Reserves Data and Other Oil and Gas Information which will be filed on SEDAR on or before April 30, 2019.

The following tables outline Saturn’s reserves as at December 31, 2018. No provision for interest, risk management contracts, debt service charges and general and administrative expenses have been made and it should not be assumed that the net present values of the reserves estimated by Ryder Scott represents the fair market value of the reserves.

The following is a summary of the Company’s estimated corporate reserves as at December 31, 2018, as evaluated by Ryder Scott.

The following table is a summary of the estimated net present values of future net revenue (before income taxes) associated with Saturn’s reserves as at December 31, 2018, discounted at the indicated percentage rates per year, as evaluated in the Ryder Scott Report.

The following table provides a summary of the estimated FDC required to bring Saturn’s TP and TP+P non-producing and undeveloped reserves to production, as reflected in the Ryder Scott Report, which costs have been deducted in Ryder Scott’s estimation of future net income associated with such reserves.

The following table sets out a calculation of NAV based on the estimated before-tax estimated net present value of future net income (discounted at 10%) ("NPV10 BT") associated with our PDP, TP and TP+P reserves, as evaluated in the Ryder Scott Report.

The following table summarizes Ryder Scott’s commodity price forecast and foreign exchange rate and inflation rate assumptions as at December 31, 2018, as applied in the Ryder Scott Report, for the next five years.

Saturn Oil & Gas Inc. (TSX.V: SOIL) (FSE: SMK) is a public energy Company focused on the acquisition and development of undervalued, low-risk assets.  Saturn is driven to build a strong portfolio of cash flowing assets with strategic land positions.  De-risked assets and calculated execution will allow Saturn to achieve growth in reserves & production through retained earnings. Saturn's portfolio will become its key to growth and provide long-term stability to shareholders.

Certain financial and operating information included in this news release for the quarter and year ended December 31, 2018, including finding, development and acquisition costs, are based on estimated unaudited financial results for the quarter and year then ended, and are subject to the same limitations as discussed under "Forward-looking information" set out below. These estimated amounts may change upon the completion of audited financial statements for the year ended December 31, 2018 and changes could be material.

Disclosure of Oil and Gas Reserves Data and Operational Information

The reserves data estimates contained herein are estimates only and there is no guarantee that the estimated reserves will be recovered or that the related estimates of future net income will be realized. There can be no assurance that the forecast prices and cost assumptions applied by Ryder Scott in evaluating the Company's reserves will be attained, and variances between actual and forecast prices and costs could be material.  Actual reserves may be greater than or less than the estimated volumes provided herein, and it should not be assumed that the estimates of future net income presented herein represent the fair market value of the reserves.  Estimates in respect of individual properties may not reflect the same confidence level as estimates of reserves and future net income for all properties, due to the effects of aggregation.  The Company's belief that it will establish additional reserves over time with conversion of probable undeveloped reserves into proved reserves is a forward-looking statement and is based on certain assumptions and is subject to certain risks, as discussed below under the heading "Forward-looking information".

This news release discloses certain metrics commonly used in the oil and natural gas industry – namely ""finding, development and acquisition costs",  "net asset value" and “reserve life index” – that do not have standardized meanings or methods of calculation under applicable laws, International Financial Reporting Standards, the COGE Handbook or other applicable professional standards.  Accordingly, such measures, as determined by the Company, may not be comparable to similarly defined or labelled measures presented by other companies, and therefore should not be used to make such comparisons. These metrics have been included herein to provide readers with additional information to evaluate the Company's performance but should not be relied upon for comparative purposes.  Management uses oil and gas metrics for its own performance measurements and to provide shareholders with measures to compare Saturn’s operations over time. Readers are cautioned that the information provided by these metrics, or that can be derived from the metrics presented in this news release, should not be relied upon for investment or other purposes.

FD&A costs take into account reserves revisions and capital revisions during the year. The aggregate of the costs incurred in the financial year and changes during that year in estimated FDC may not reflect total FD&A costs related to reserves additions for that year.  FD&A costs have been presented in this news release because acquisitions and dispositions can have a significant impact on Saturn's ongoing reserves replacement costs and excluding these amounts could result in an inaccurate portrayal of its cost structure.  Management uses FD&A as measures of its ability to execute its capital programs (and success in doing so) and of its asset quality.

"Net asset value" is calculated by taking each reserve category future net income per the Ryder Scott Report, on a before tax basis, discounted at 10% and adding undeveloped land value and proceeds from stock option exercises and subtracting decommissioning obligations, discounted at 10%, and net debt.  Management uses this to measure the relative change in net asset value over a period of time.

Certain statements contained in this release include statements which contain words such as "anticipate", "could", "should", "expect", "seek", "may", "intend", "likely", "will", "believe" and similar expressions, relating to matters that are not historical facts, and such statements of our beliefs, intentions and expectations about development, results and events which will or may occur in the future, constitute "forward-looking information" within the meaning of applicable Canadian securities legislation and are based on certain assumptions and analysis made by us derived from our experience and perceptions. Forward-looking information in this release includes, but is not limited to: expected cash flow provided by continuing operations; future capital expenditures, including the amount and nature thereof; oil and natural gas prices and demand; expansion and other development trends of the oil and gas industry; business strategy and outlook; expansion and growth of our business and operations; and maintenance of existing customer, supplier and partner relationships; supply channels; accounting policies; credit risks; and other such matters.

All such forward-looking information is based on certain assumptions and analyses made by us in light of our experience and perception of historical trends, current conditions and expected future developments, as well as other factors we believe are appropriate in the circumstances. The risks, uncertainties, and assumptions are difficult to predict and may affect operations, and may include, without limitation: foreign exchange fluctuations; equipment and labour shortages and inflationary costs; general economic conditions; industry conditions; changes in applicable environmental, taxation and other laws and regulations as well as how such laws and regulations are interpreted and enforced; the ability of oil and natural gas companies to raise capital; the effect of weather conditions on operations and facilities; the existence of operating risks; volatility of oil and natural gas prices; oil and gas product supply and demand; risks inherent in the ability to generate sufficient cash flow from operations to meet current and future obligations; increased competition; stock market volatility; opportunities available to or pursued by us; and other factors, many of which are beyond our control.

The forward-looking information contained herein is expressly qualified by this cautionary statement. 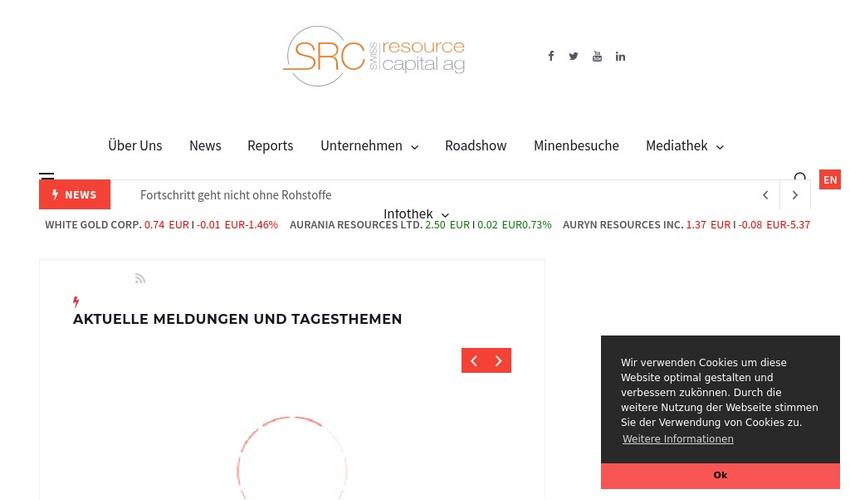