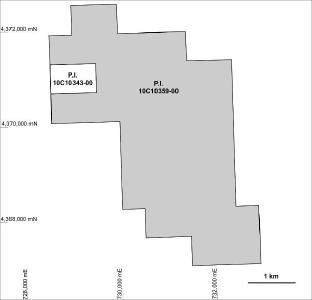 Infinity Lithium Corporation Limited (ASX:INF) (‘Infinity’, or ‘the Company’) wishes to inform the market of recent developments relating to the administrative process with regards to the San José Lithium Project (‘San José’, or ‘the Project’).  A summary of developments relating to the announcement made by the Junta of Extremadura (‘Junta’, or “Regional Government’) is outlined as below:
Appendix 1:

Notification of the Junta’s Decision

The Junta of Extremadura (‘Junta’, or “Regional Government’) announced on 29 May that it had revoked the granted status underlying Investigation Permit (PI 10343-00) covering San José due to an internal administrative error within the government authority responsible for granting tenure.  This has resulted in the tenement reverting to application status.  This problem now affects both tenements of San José Lithium Project (tenure 10343-00 and 10359-00).  The Junta has accepted responsibility for the internal administrative error that has led to the determination to rectify the administrative fault.  A solution has been put in place to allow continued progress and at no time was the Joint Venture (and Infinity’s) priority claim to the tenure or asset in doubt or at risk.

Previously the Joint Venture applied for, and had been granted, an Investigation Permit (equivalent of an Exploration Licence) which allowed drilling and technical work to support technical studies and the submission of the indirect or Derived Exploitation Concession Application (equivalent of a Mining Licence Application).  The Joint Venture now retains the opportunity under Spanish law to proceed directly to the Exploitation Concession stage for San José with regards to the production of lithium hydroxide should it wish even without the underlying requirement of the Investigation Permit. This has been confirmed by legal counsel.  The advantage of this approach would be to reduce the time requirement for a repeat of the Indirect Application, exposure and granting period of the previously progressed Investigation Permit pathway.  The Joint Venture will consider this alternative pathway.

Rationale for the Decision of the Junta

The decision by the Junta to revert to the application status of the Investigation Permit was the result of the recognition of an internal administrative error made in 2016 within the regional Junta agencies (Department of Mines, which is part of the Ministry of Industry, Economy and Mining).  The administrative defect resulted from the Department of Mines’ deficiency in the public notification period, being that the Junta did not provide public exposure of the rehabilitation plan which accompanied the exploration proposal.  This is required under the relevant provisions of their mining law.  The administrative error potentially affects several other mineral projects in the region.  The Junta has accepted responsibility for the internal administrative error and determined that the granted Investigation Permit must revert to application status.

Given the potential size and significant investment required for San José to proceed and the likely requirement to access debt funding, the legal issue stemming from the Junta’s administrative error has been referred and acted upon by the senior legal counsel in the Extremadura Government, essentially mitigating the potential for the administrative fault to be referred to a federal level.  The remaining uncertainty of future action has led to the Junta’s decision to circumvent this process and rectify the error at a regional government level.

The history of the San José Joint Venture, the progression of San José in collaboration with Joint Venture partners Valoriza Mineria, and the role of the Junta of Extremadura is important when considering the Regional Government’s invitation for expressions of interest through a public tender process and resulting awarding of the San José tender, and subsequent works completed on the granted Investigation Permit.

The San José lithium deposit is a very large, previously mined and well drilled lithium-tin deposit strategically located within Europe.  The Junta advertised for expressions of interest through the 2015 public tender process whereby the successful applicants were required to explore and potentially develop San José.  The resulting successful applicant was Spanish minerals company Valoriza Minera, a wholly owned subsidiary of a large Madrid listed entity (and part of the IBEX35, the benchmark stock market index of the Bolsa de Madrid, Spain's principal stock exchange), a Spanish construction and engineering company.

Valoriza Mineria was awarded the rights to apply for and develop the Project in May 2016.  Infinity (formerly Plymouth Minerals Limited) successfully completed a Joint Venture agreement with Valoriza Mineria (ASX announcement 14 June 2016).  Subsequent to the execution of the Joint Venture Agreement, the granted Investigation Permit was transferred to the project special purpose vehicle Tecnolgia Extremena Del Lito S.L. (‘TEL’).   Valoriza Mineria initially owned 100% with Infinity having the right to earn-in up to 75% of the project interest in TEL by completing various studies and lodging a Mining Licence Application.

Infinity subsequently earned a 50% project ownership interest in TEL with the delivery of the lithium carbonate scoping study and submission of the MLA in Q4 2017 (ASX announcement 18 October 2017).  Technical work continued with drilling being completed in early 2018, noting Infinity has continued work at San José.  All work conducted subsequently has been in accordance with the legal requirements, in good faith and of a high standard by the Joint Venture.  Work completed to date has been the result of expenditure in excess of several million euros and has significantly advanced the Project towards production.

The changing lithium market has resulted in a move from lithium carbonate to lithium hydroxide production which is a minor variation in the total integrated project, however, the deviation towards a premium priced and more relevant lithium chemical product suitable to support the burgeoning European Union (‘EU’) automotive market requires a specific Lithium Hydroxide Pre-Feasibility Study (‘PFS’).  The PFS is due for completion shortly.  Infinity has recently successfully completed the acquisition of a further 25% ownership in TEL, noting the resulting position of 75% and has commenced the advancement of discussions with several strategic-end users of lithium chemicals in the EU and potential development partners.

The administrative process required to rectify the administrative error of the Department of Mines requires the Department to notify affected internal agencies and receive a response within 10 working days, construct and publish the announcement of the application in the official gazette for publication.  Once the publication has occurred in the official gazette the public notification period is deemed to have commenced for a minimum period of 30 days.  The timeline to move from application to granted Investigation Permit cannot be accurately determined, this is dependent on the public consultation process and assessment of public submissions.

The law now permits the Joint Venture to take advantage of previous works undertaken at San José and therefore utilise the outcomes derived from the previously granted Investigation Permit.  The Joint Venture can submit a modified Mining Licence Application upon completion of the lithium hydroxide PFS.

Infinity has been advised that under the provisions of Spanish Mining Law, TEL has the option to move ahead to a Direct Exploitation Concession Application (equivalent to a Mining Licence Application) after the completion of the Pre-Feasibility Study into the production of lithium hydroxide.  In the event that TEL pursues a Direct Exploitation Concession pathway, there would be no requirement for the Valdeflórez Investigation Permit to accompany the application.

At this stage both Indirect and Direct avenues remain available to TEL.  The Joint Venture will determine the best option to progress the Exploitation Concession Application moving forward depending on the timing of a granted Investigation Permit, advice from advisors, authorities and Joint Venture partners.  TEL will follow due process and will progress in a manner that both expedites the application and is consultative and respectful of interested parties.

The Company is mindful of the risks associated with the grant of the mining license and cannot guarantee the current or additional applications for tenements made by the Company will ultimately be granted, in whole or in part.  Further the Company cannot guarantee that renewals of valid tenements will be granted on a timely basis, or at all.  There is a risk that these approvals may not be obtained and this would have adverse consequences.  In the event that the approvals are not obtained, the impact would be an extended timeframe to follow the approval process and or to meet the obligations required by the regulatory authorities.  The Company believes that having the option of two alternative application pathways assists to mitigate this risk.

The European Battery Association (‘EBA’) have requested, as part of their continued focus on the entire lithium-ion battery supply chain within the EU, the opportunity to meet in Spain with Infinity over the coming month.  TEL and Infinity welcome representations from the EBA to present the EU with San José in what is fast becoming an essential strategic and sustainable lithium chemicals projects within the EU.  The EBA includes EU industry leaders including the European Commission (‘EC’), European Investment Bank (‘EIB’) and Volkswagen.  The Vice President of the EIB, Mr Andrew McDowell, highlighted the EIB’s desire to actively support European raw materials and refining projects to strengthen the position of the European Union lithium-ion battery and electric vehicle sectors (ASX announcement 1 February 2019).