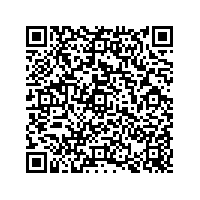 (PresseBox) ( Brisbane, 23.09.20 )
OceanaGold Corporation (TSX: OGC) (ASX: OGC) (the “Company” - https://www.commodity-tv.com/ondemand/companies/profil/oceanagold-corp/) is pleased to announce the completion of the Haile Gold Mine (“Haile”) National Instrument 43-101 Technical Report (“Technical Report”). The Haile Technical Report will be filed on SEDAR and with the Australian Securities Exchange within 45 days.

Note that all Haile Technical Report forecasts are based on Mineral Reserves only. The results of the Technical Report are not to be used as formal guidance. The Company expects to provide formal annual guidance for production, costs and capital based on Board approved budgets in the first quarter of 2021.

Key Highlights
Michael Holmes, President and CEO of OceanaGold said, “We are pleased with the results of the updated Haile Technical Report which demonstrate long-term value and significant organic growth opportunity for the operation. The Reserve Case estimates the pre-tax NPV at $930 million while the pre-tax NPV using market consensus gold prices is estimated at $1.1 billion. These results, coupled with the significant underground exploration upside, makes the Haile Gold Mine a top-tier asset in a great jurisdiction.”

“Haile has been a commercial operation for approximately three years. Despite numerous challenges during this time, we have successfully increased the process plant capacity by approximately 75% from nameplate, have significantly increased mining rates while reducing unit costs, upskilled the local workforce and attracted experienced operations managers who have improved the safety culture and operational productivity. We continue to adapt to the extreme weather patterns of the last few years in the Carolinas that have at times hampered mining productivity. Through our experience of operating Haile over the past few years, we have updated its mine plan to deliver over the long-term.”

“We evaluated the Horseshoe Underground mine sequence and confirmed a bottom-up approach as the optimal mine sequence. We plan to commence development of the Horseshoe Underground in late 2021 with first production targeted for late in 2022. Gold mineralisation below the current reserve open pit design represents significant underground growth opportunity for the Company with further drilling being planned to convert Inferred Resources (Horseshoe, Palomino), define new resources where we have intersected significant zones of mineralisation (Snakeshoe) and test new underground targets Pisces and Aquarius. Underground ore feed is an important part of Haile’s future operation. Its importance is illustrated in the updated Technical Report with average annual gold production of 250,000 ounces a year at first quartile costs when both open pit and underground ore is fed through the mill.”

The Company continues to focus on resource growth and conversion at Haile with an emphasis on underground targets with significant results (i.e. addition of Palomino Inferred Resource of 600koz in 2019). The Company will incorporate 2020 drill results into the year-end Resource and Reserve update.

The Company expects to mine approximately 388 million tonnes of waste and 46 million tonnes of ore from the open pits for a life of mine strip ratio of 8.4 to 1 from 2021 onward. Open pit mining is expected to average 40 million tonnes of waste and 4 million tonnes of ore per year based on historical mining and weather data up until 2029, reducing thereafter. Mining rates are based on the operation’s expanded mine footprint and has factored additional Potential Acid Generating (“PAG”) material which requires engineered and environmentally approved containment locations. Open pit mining unit costs are estimated to average approximately $2.00 per tonne mined over the life of mine, inclusive of capitalised mining costs.

The Company has refined its capital cost estimate to incorporate additional infrastructure required over the life of mine from 2021 onward, which is based on operating data from over the last few years. Total non-sustaining (growth) capital for the expanded Haile operation, excluding site closure costs is estimated at approximately $190 million over the life of mine, and includes the continued expansion of the Tailings Storage Facility (“TSF”) and additional PAG waste containment facilities (combined $90 million), and development of the Horseshoe Underground ($80 million).

Site closure capital is estimated at $70 million, an expenditure that progressively increases toward the end of the mine life with approximately $35 million of the estimated total expended after the end of mine life.

Total sustaining capital for Haile is estimated to be approximately $450 million over 13 years from 2021 to 2033 inclusive. The two main components of sustaining capital are open pit capitalised pre-stripping ($255 million) and progressive TSF lifts over the life of mine ($140 million) from 2021 to 2033 inclusive. The investments required for TSF lifts also recognise the requirement to contain and manage the large amount of supernatant water accumulated as a result of the materially higher than average rainfall since 2018.

Over the life of mine, the Company expects the Haile operation to generate $1.3 billion in pre-tax, undiscounted free cash flow under the Reserve Case and $1.5 billion pre-tax utilising Market Consensus Case gold prices.

The Company continues to define the potential of underground mining opportunities at Haile. The Company expects it will focus exploration efforts on further defining underground opportunities in an effort to extend the life of these operations beyond the initial five-years. Previous drilling of underground targets from surface has identified high-grade zones across the Horseshoe - Palomino trend that require further drill definition and understanding. The Company has also identified new underground targets, Pisces and Aquarius and plans to drill these targets in the near-future. Neither of these targets are included as the Technical Report is based on Reserves only.

OceanaGold Corporation is a mid-tier, high-margin, multinational gold producer with assets located in the Philippines, New Zealand and the United States. On the North Island of New Zealand, the Company operates the high-grade Waihi Gold Mine while on the South Island of New Zealand, the Company operates the largest gold mine in the country at the Macraes Goldfield which is made up of a series of open pit mines and the Frasers underground mine. In the United States, the Company operates the Haile Gold Mine, a top-tier, long-life, high-margin asset located in South Carolina. The Company’s assets also encompass the Didipio Gold-Copper Mine located on the island of Luzon in the Philippines. OceanaGold also has a significant pipeline of organic growth and exploration opportunities in the Americas and Asia-Pacific regions.

OceanaGold has operated sustainably since 1990 with a proven track-record for environmental management and community and social engagement. The Company has a strong social license to operate and works collaboratively with its valued stakeholders to identify and invest in social programs that are designed to build capacity and not dependency.

Messrs Carr, Cooney and Moore are full-time employees of the Company’s subsidiary, OceanaGold Management Pty Limited. Accordingly, each is not independent for purposes of NI 43-101.
Cautionary Statement for Public Release

Certain information or statements contained in this public release may be deemed “forward-looking” within the meaning of applicable securities laws. Forward-looking statements and information relate to, among other things, future performance and study results and reflect the Company’s expectations regarding the generation of free cash flow, achievement of guidance, execution of business strategy, future growth, future production, estimated costs, results of operations, business prospects and opportunities of OceanaGold Corporation and its related subsidiaries. Any statements that express or involve discussions with respect to predictions, expectations, beliefs, plans, projections, objectives, assumptions or future events or performance (often, but not always, using words or phrases such as "expects" or "does not expect", "is expected", "anticipates" or "does not anticipate", "plans", "estimates" or "intends", or stating that certain actions, events or results "may", "could", "would", "might" or "will" be taken, occur or be achieved) are not statements of historical fact and may be forward-looking statements. Forward-looking statements are subject to a variety of risks and uncertainties which could cause actual events or results to differ materially from those expressed in the forward-looking statements and information. They include, among others, the outbreak of an infectious disease, the accuracy of mineral reserve and resource estimates and related assumptions, inherent operating risks and those risk factors identified in the Company’s most recent Annual Information Form prepared and filed with securities regulators which is available on SEDAR at www.sedar.com under the Company’s name.

This public release also contains references to estimates of Mineral Resources and Mineral Reserves. The estimation of Mineral Resources and Mineral Reserves is inherently uncertain and involves subjective judgments about many relevant factors. Mineral Resources that are not Mineral Reserves do not have demonstrated economic viability. The accuracy of any such estimates is a function of the quantity and quality of available data, and of the assumptions made and judgments used in engineering and geological interpretation which may prove to be unreliable and depend, to a certain extent, upon the analysis of drilling results and statistical inferences that may ultimately prove to be inaccurate. Mineral Resource or Mineral Reserve estimates may have to be re-estimated based on: (i) fluctuations in gold price; (ii) results of drilling, (iii) the results of metallurgical testing and other studies, including their subsequent refinement and updating; (iv) proposed mining operations, including dilution; (v) the evaluation of mine plans subsequent to the date of any estimates; (vi) changes in mining or other costs, and (vii) the possible failure to receive required permits, approvals and licenses or changes to existing mining licences.

The Company expressly disclaims any intention or obligation to update or revise any forward-looking statements and information, whether as a result of new information, events or otherwise, except as required by applicable securities laws. The information contained in this release is not investment or financial product advice.

(All financial figures in US Dollars unless otherwise stated)