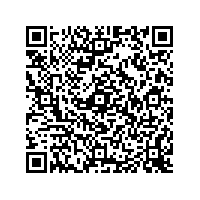 (All financial figures in US Dollars unless otherwise stated)

(PresseBox) ( Melbourne, 29.10.20 )
OceanaGold Corporation (TSX: OGC) (ASX: OGC) (the “Company” - https://www.commodity-tv.com/ondemand/companies/profil/oceanagold-corp/) reported its financial and operational results for the quarter ended September 30, 2020. Details of the consolidated financial statements and the Management Discussion and Analysis (“MD&A”) are available on the Company’s website at www.oceanagold.com

Highlights
Michael Holmes, President and CEO of OceanaGold said, “We remain focussed on delivering a stronger fourth quarter of operational and financial results with higher production expected at both Macraes and Haile plus year-end batch processing at Waihi. Concurrently, we expect to continue advancing our key organic growth projects which we believe are key to creating value for shareholders over the long term.”

“As mentioned in our corporate update at the end of August, we continue to manage the near-term risks at Haile while working hard to deliver on our commitments and keep our workforce safe. We are focussed on areas in which we can make meaningful improvements, including increased mining and milling rates while continuing to improve recoveries. We are pleased with the long-term trend of higher mining rates despite the impact that COVID-19 has had to staffing levels and the record rainfall experienced this year.”

“In New Zealand, Macraes continues to perform exceptionally well and delivered a quarter-on-quarter production increase as the operation returned to full scale mining post government-imposed COVID-19 shutdowns. Development of Martha Underground at Waihi is on-track with approximately 5,000 metres completed year-to-date including 2,240 metres in the third quarter. We have commenced mining development ore at Martha Underground which will be stockpile ahead of the planned commencement of processing scheduled for the second quarter of 2021.”

“Subsequent to quarter-end, we completed the bought deal offering for net proceeds of $122 million with proceeds to be used to advance our exciting and significant organic growth projects including the Haile Underground, Waihi district development and exploration in the greater Waihi District. The development of our organic growth projects is at the centre of creating value for our shareholders over the long-term.”

YTD the Company produced 202,521 ounces of gold, including 63,136 ounces of gold in the third quarter. Gold production YTD was 44% lower than the same period in 2019 primarily due to the suspension of operations at Didipio. Quarter-on-quarter gold production increased 8% with stronger production at Macraes, partly offset by lower production at Haile due to COVID-19 related workforce disruptions and record rainfall that reduced mining rates and delayed access to higher grade ore zones.

Consolidated AISC of $1,367 per ounce sold increased 26% YTD due to lower gold sales and increased cash costs. Third quarter consolidated AISC of $1,695 per ounce sold increased 34% quarter-on-quarter, reflecting higher sustaining capital investments related at Macraes and the progressive pre-stripping campaign at Haile. Cash costs YTD were $904 per ounce while third quarter cash costs were $1,015 per ounce, higher than the previous quarter and prior year due to the absence of production from Didipio and increased operating costs as a result of COVID-19-related protocols and restrictions.

Macraes delivered a 25% increase in production quarter-on-quarter following the resumption of full-scale mining operations after the government imposed COVID-19 shutdown in the second quarter. Higher third quarter AISC was expected and reflects increased sustaining capital investments and pre-stripping activities. Full year guidance for Macraes of 140,000 to 150,000 gold ounces at site AISC of $1,100 to $1,150 per ounce sold remains unchanged. The Company expects significantly higher production and lower AISC in the fourth quarter, driven by grade improvements and reductions in sustaining capital spend.

Activities at Waihi focussed on the development of Martha Underground, including the completion of 2,240 metres of underground development during the third quarter and 5,095 metres YTD. Development of Martha Underground remains on-track for first production in the second quarter of 2021, and full year 2020 guidance at Waihi remains unchanged. The Company expects to produce approximately 20,000 gold ounces at AISC of $715 to $765 per ounce sold, of which 7,000 to 8,000 gold ounces are expected to be produced in the fourth quarter with the planned restart of the process plant.

At Haile, health and safety protocols remain in place to protect the wellbeing of the workforce amidst increasing local COVID-19 confirmed cases. The protocols in place have successfully prevented the spread of COVID-19 at site; however, during the third quarter, the operation experienced a significant increase in confirmed COVID-19 cases and self-isolations within the workforce. Confirmed cases increased from two to twenty during the third quarter, and approximately 160 employees and contractors self-isolated during this period. Workforce disruption from COVID-19, combined with record rainfall YTD of approximately 51 inches (the highest in 35 years), impacted mining advance rates and delayed access to higher grade ore zones. As such, third quarter production was adversely impacted resulting in lower production and higher than expected costs.

The Company continues to expect Haile’s fourth quarter to deliver its highest level of gold production for the year as mining progressively advances to higher grade ore zones. That said, the Company notes that the Haile outlook could be adversely impacted by additional challenges related to the COVID-19 pandemic. Currently, the Company expects to deliver the lower-end of full-year production guidance of 135,000 to 175,000 gold ounces at a site AISC of $1,100 and $1,400 per ounce sold.

The Didipio mine remained suspended during the quarter due to ongoing restraints placed on the operations. The Company has maintained Didipio in a state of operational readiness for rapid re-start on the expectation that a resumption of normal operations could be achieved in 2020, either through lifting of restrictions imposed on access, or completion of a renewal of the Financial or Technical Assistance Agreement (“FTAA”). To date, completion of the renewal is outstanding, and subsequent to quarter-end the Company issued the notices for permanent termination of employment to 496 employees (excluding contracted workforce) on temporary lay-off. The termination became effective on October 13, 2020 given the ongoing restrain on operations from the Local Government and anti-mining activists’ road blockade.

YTD the Company generated $331.9 million in revenue, a decrease from the prior year period mainly due to limited sales from Didipio and reduced sales from Waihi. Quarter-on-quarter revenue increased slightly due to higher sales volume from Macraes and higher average gold priced received, partly offset by lower revenue from Haile due to decreased production.

The Company recognized a pre-tax impairment charge of $80.0 million in the third quarter in relation to the carrying value of Didipio’s assets. Management identified that there was an indicator of impairment resulting from the permanent layoffs of 496 employees at Didipio which took place on October 13, 2020. The layoffs impacted the expected timeline to resume full operations, increasing estimates from approximately six weeks to 12 months and negatively impacted the asset’s valuation.

Operating cash flows YTD were $200.4 million, a 27% increase year-over-year, mainly attributable to $155 million received from the presale of 88,000 gold ounces, partly offset by lower operating cash flow from Waihi and Didipio. YTD fully diluted cash flow per share before working capital was $0.11, excluding the impact of the gold presales, and $0.02 for the third quarter, unchanged quarter-on-quarter.

YTD investing cash flows of $163.1 million were 13% lower than the prior year period, primarily due to lower capital spend at Didipio and proceeds from the sale of Gold Standard Venture (‘GSV’) shares, partly offset by higher pre-strip costs and increased spend for growth at Haile and Waihi. Higher quarter-on-quarter investing cash flows of $78.4 million reflect higher capitalised pre-strip and increased growth capital at Haile.

Subsequent to quarter-end, the Company completed a bought deal offering in which 81.6 million common shares were issued at C$2.06 per share for total net proceeds of $122.4 million. The Company has fully drawn down its $200.0 million revolving credit facility, which currently matures on December 31, 2021.

The Company continues to advance its organic growth pipeline including the Waihi District opportunities, mine life extensions at Macraes and the Haile Underground. During the third quarter, the Company announced results of updated Technical Reports for Haile and Macraes and a Preliminary Economic Assessment of the Waihi District.

The Macraes Technical Report demonstrated a life of mine extension to 2028 with the development of Golden Point Underground and regional open pit opportunities. Development of Golden Point Underground is expected to commence in the fourth quarter of 2020 with first production expected in 2021. At Haile the Company optimised Horseshoe Underground and solidified the operation’s life of mine plan to deliver 2.5 million ounces through to 2033 with completion of the Technical Report.

The Martha Underground is fully permitted and on-track for first production in the second quarter of 2021. The Company is progressing stakeholder engagement and feedback processes in support of permitting which is expected to formally commence in 2020 for the other Waihi District opportunities. The Company continues to drill mainly at Martha Underground and WKP with a focus on resource conversion and expansion.

To register, please copy and paste the link below into your browser:

Teleconference Participants (required for those who wish to ask questions)

If you are unable to attend the call, a recording will be available for viewing on the Company’s website.

OceanaGold is a multinational gold producer committed to the highest standards of technical, environmental and social performance.

For 30 years, we have been contributing to excellence in our industry by delivering sustainable environmental and social outcomes for our communities, and strong returns for our shareholders. Our global exploration, development, and operating experience has created a significant pipeline of organic growth opportunities and a portfolio of established operating assets including Didipio Mine in the Philippines; Macraes and Waihi operations in New Zealand; and Haile Gold Mine in the United States of America.