Shareholders of SGL (“SGL Shareholders” - https://www.youtube.com/watch?v=BMHC2CYYtHg ) are referred to the firm intention announcement made by SGL and Sibanye-Stillwater on 4 October 2019, wherein it was announced that the Group is pursuing an internal restructuring, which is expected to create a more efficient Group structure.

All capitalised terms which are not defined herein, shall bear the meaning ascribed to them in the circular in respect of the Scheme (“Scheme Circular”).

SGL Shareholders are further advised that the Scheme Circular, the Pre-Listing Statement and the 2019 Form F-4 (including any amendments thereto) will be available, on the Group’s website at www.sibanyestillwater.com/... from today.

Notice is hereby given to SGL Shareholders that a Scheme Meeting of the SGL Shareholders will be held at the SGL Academy, Rietkloof 349, Glenharvie, 1786, South Africa, at 09:00 South African time (02:00 New York time) on Thursday, 23 January 2020, to consider and, if deemed fit, pass, with or without amendment and/or modification, the resolutions set out in the Scheme Circular.

The salient dates and times relating to the Scheme are set out below:

For administrative purposes, date by which Forms of Proxy for the Scheme Meeting are requested to be lodged Tuesday 21 January

Last day for SGL to send notice of adoption of Special Resolution Number 1 to Dissenting SGL Shareholders, in accordance with section 164 of the Companies Act Thursday 6 February

The following dates assume that no court approval or review of the Scheme is required and will be confirmed in the Finalisation Date announcement if the Scheme becomes unconditional:

Expected date to have the accounts of the CSDP or Broker of Scheme Participants or the account in the name of Computershare Nominees in respect of Issuer Nominee Dematerialised Sibanye-Stillwater Shareholders, as applicable, updated with the Scheme Consideration Shares Monday 24 February

1. All dates and times in respect of the Scheme are subject to change by mutual agreement between SGL and Sibanye-Stillwater and/or to the extent required obtaining the approval of the JSE, NYSE and the Takeover Regulation Panel. The dates have been determined based on assumptions regarding the dates by which certain regulatory approvals will be obtained and that no court approval or review of the Scheme will be required. Any change to the dates and times will be released on SENS and furnished on a Form 6-K.
2. As the salient dates and times are subject to change, they may not be regarded as consent or dispensation for any time periods which may be required in terms of the Companies Act or the Companies Regulations, where applicable, and any such consents or dispensations must be specifically applied for and granted.
3. If the Scheme Meeting is adjourned or postponed, Forms of Proxy submitted for the initial Scheme Meeting will remain valid in respect of any adjournment or postponement of the Scheme Meeting.
4. SGL Shareholders should note that as transactions in SGL Shares are settled in the electronic settlement system used by Strate, settlement of trades takes place 3 (three) Business Days after such trade. Therefore, persons who acquire SGL Shares after the Voting Last Day to Trade (expected to be Tuesday, 14 January 2020) will not be eligible to vote at the Scheme Meeting.
5. If the Scheme is implemented, SGL Shares may not be Dematerialised or rematerialised after the Scheme Last Day to Trade (expected to be Tuesday, 18 February 2020).
6. All times given in this Circular are, unless the context indicates to the contrary, local times in South Africa.
7. For the timetable relating to SGL ADSs, SGL ADS Holders should refer to the 2019 Form F-4 (File No. 333-234096)(and any amendments thereto) and the notice and instructions provided by the ADS Depositary.

Where relevant, these actions are subject to the appropriate consultations and approvals.

SGL and Sibanye-Stillwater undertake no obligation and do not intend to update publicly or release any revisions to these forward-looking statements to reflect events or circumstances after the date of this announcement or to reflect the occurrence of unanticipated events, save as may be required by applicable law. Further details of potential risks and uncertainties affecting the Group are described in the Group’s filings with the JSE and the SEC, including in the SGL Annual Report on Form 20-F 2018 and the 2019 Form F-4 (and any amendments thereto).

This announcement is for informational purposes only and does not constitute or form part of an offer to sell or the solicitation of an offer to buy or subscribe to any securities, nor shall there be any sale of securities in any jurisdiction in which such offer, solicitation or sale would be unlawful prior to registration or qualification under the securities laws of any such jurisdiction. This announcement is not an offer of securities for sale into the United States. No offering of securities shall be made in the United States except pursuant to registration under the U.S. Securities Act of 1933 (the “Securities Act”), or an exemption therefrom.

SHAREHOLDERS IN THE UNITED STATES AND ADS HOLDERS OF SGL ARE URGED TO READ THE US REGISTRATION STATEMENT REGARDING THE PROPOSED SCHEME CAREFULLY AND IN ITS ENTIRETY, INCLUDING THE EXHIBITS THERETO AND ANY DOCUMENTS PREVIOUSLY FILED WITH THE SEC AND INCORPORATED BY REFERENCE INTO THE REGISTRATION STATEMENT AS WELL AS ANY AMENDMENTS OR SUPPLEMENTS TO THOSE DOCUMENTS, BECAUSE IT CONTAINS IMPORTANT INFORMATION ABOUT SGL, SIBANYE-STILLWATER AND THE PROPOSED SCHEME.

Shareholders and ADS holders are able to obtain free copies of the US Scheme offer document, as well as other filings containing information about SGL and Sibanye-Stillwater, without charge, at the SEC’s website at http://www.sec.gov. Shareholders and ADS holders are also able to obtain these documents, without charge, from SGL’s website at http://www.sibanyestillwater.com. 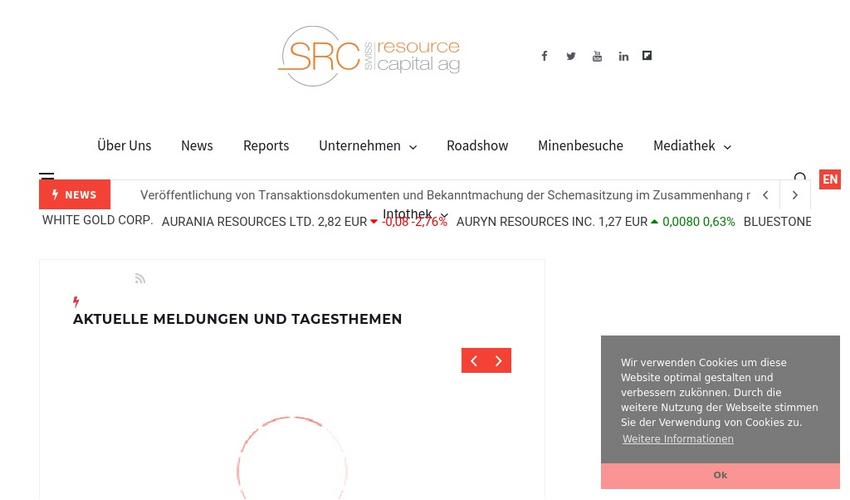