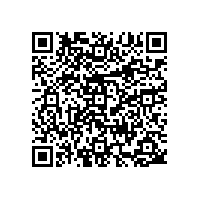 Gold in the Age of Eroding Trust

(PresseBox) ( Schaan / Vienna, 28.05.19 )
This year's In Gold We Trust report was presented at an international press conference on May 28, 2019. The authors of the report are the two fund managers Ronald-Peter Stoeferle and Mark Valek from Liechtenstein-based Incrementum AG.

The more than 300-page In Gold We Trust report is world-renowned and has been named the “gold standard of all gold studies” by the Wall Street Journal. Last year's edition was downloaded more than 1.8 million times. This makes In Gold We Trust, which will be published for the 13th time this year, one of the most widely read gold studies internationally. For the first time ever, the study will also be published in Chinese on June 15.

The following topics are covered in the In Gold We Trust report 2019, among others:
Further highlights of this issue are:

can be downloaded free of charge under the following links:

1. Gold and mining stocks are excellent diversifiers in the event of stock market slumps. This was again confirmed in Q4/2018

Last year we warned under the title “A turning of the tide in monetary policy” that the planned reduction of liquidity as a consequence of “quantitative tightening” (QT) would cause damage to the stock markets. The development in the 4th quarter of 2018, when almost every asset class sold off, seems particularly remarkable to us. The S&P 500 was still up a comfortable 9% in the first three quarters, before the sell-off set in in October and culminated in December in the weakest performance since the Great Depression. On a sector basis, only 7 of 121 industry sectors in the S&P 500 reported a positive performance. Gold, in contrast, recorded a plus of 8.1%. At the top: mining stocks, with a plus of 13.7%. Gold has once again proven its quality as an excellent diversifier.

The public has hardly noticed that gold outperformed all important domestic stock markets in 2018. The gold price also showed relative strength in the USA and Japan, even if it fell slightly in US dollars and yen. However, share owners recorded higher losses of 7% and 13%, respectively. In Germany, gold investors achieved a return of plus 3%, while the DAX recorded a remarkable minus 20%.

This comparison confirms our thesis that gold (and mining stocks) are excellent portfolio stabilizers. This insight is all the more important because trust in the US as the global economic steam engine is on the decline.

“Whether in EUR or USD, it seems that the price of gold is slowly sneaking up, secretly and far from any media or investor attention,” says Mark Valek. The fact that gold is already trading at new all-time highs in some currencies confirms this thesis. “We are therefore sticking to our statement from last year that gold is in the early stages of a new bull market – a bull market that could soon pick up momentum on a US-dollar basis,” says Valek.

3. De-dollarization: Gold purchases by central banks as a sign of mistrust of the US dollar-centric global monetary architecture

For years we have been addressing the creeping process of alienation from the US dollar as a global reserve currency. An expression of this erosion of trust in the political and economic potential of the US is the continuation of significant gold purchases by central banks. In 2018 central banks made the largest purchases of gold since the end of Bretton Woods in 1971, with 657 tonnes.

The largest buyers worldwide were Russia (274,3 tonnes), Kazakhstan (50,6 tonnes), and India (42,3 tonnes). But the central banks of some EU states also acted as net buyers in 2018. Hungary has increased its gold reserves tenfold. Poland, also a non-euro country, is one of the top five buyers and has made its largest purchase since 1998. The high demand by central banks for gold continued in Q1/2019. The purchase of a further 145 tonnes of gold is the largest increase since 2013.

4. Commodities with lowest valuation in 50 years

The next chart shows that commodities are currently trading at their lowest valuation level since the mid-1960s relative to US equities, as measured by the Dow Jones Index. Compared to equities, commodities were only undervalued to the same magnitude before Black Thursday (24 October 1929) and during the “irrational exuberance” of the dotcom bubble.

What can trigger a new bull market in gold? We see two main factors:
5. Gold in times of an extreme crisis of trust in paper money

There were a number of instances in history when paper currencies completely lost the population’s trust and returned to their intrinsic value, which is zero.

From a historical perspective, trust in paper currencies is always of limited duration and in extreme situations even goes towards zero, while a pronounced loss of trust in gold, which would result in a price collapse of gold, is not only unheard of but unthinkable.

Further key messages of the In Gold We Trust report 2019:
Meanwhile, the signals of an emerging US recession are also slowly but surely gaining strength. For example, the Federal Reserve's recession indicator currently indicates a recession probability of 27.5% for April 2020. In the past 30 years, this figure has never been so high without a recession in the following two months.

“The past 12 months have shown that the seemingly invulnerable boom in the US has begun to crack,” said Ronald-Peter Stoeferle at the presentation of the study. “The boom led by the US, driven by low interest rates and the incessant expansion of debt volumes, stands on feet of clay. The probability that the boom will turn into a bust is high, at least significantly higher than the consensus currently suspects.”

Further insights of the report:
Finally, as we do every year, we ask ourselves the question: Quo Vadis, Aurum?

Two years ago, we developed several scenarios for gold price developments that were aligned with the dynamics of GDP growth and the further course of US monetary policy. The time horizon we used was the term of office of the current US administration (2017-2020). The implementation of monetary policy normalization was also inspected for this period.

Scenario B is still the one in which we find ourselves. Trust in the US as a global economic steam engine is currently still there, even though it was clearly tested in Q4/2018. This slump reminded us once again how quickly the mood of the markets can change.

On the basis of a multifaceted analysis, Stoeferle's assessment of gold price developments over the next 12 months is as follows: “The macroeconomic and political environment has become more favorable for gold. The headwind in the form of high opportunity costs for gold investments from the rallying stock markets still exists, but has declined noticeably. The sharp slump in Q4/2018 has shaken the seemingly unbreachable trust in the stock markets and there is lots of institutional interest waiting on the sidelines. If gold can break through the resistance zone at USD 1,360-1,380, a gold price of USD 1,500 is conceivable before the publication of the next In Gold We Trust report in May 2020.”

About the In Gold We Trust report

The annual gold study has been written for 13 years by Ronald-Peter Stoeferle, and for five years together with Mark Valek. It provides a holistic assessment of the gold sector and its most important influencing factors, such as real interest rates, opportunity costs, debt, central bank policies, etc. In the previous year, the report was downloaded more than 1.8 million times. It is now regarded as the international standard work for gold, silver, and mining stocks. In addition to the German and English versions, the report will also be published in China for the first time this year.

The In Gold We Trust report 2019 will be published in the following editions:

All editions of this year’s In Gold We Trust report as well as all reports from previous years can be downloaded at ingoldwetrust.report.

Previously, he spent seven years in the research team of Erste Group in Vienna. In 2007 he published his first annual In Gold We Trust report, and it has gained international renown over the years.

Stoeferle is a lecturer at the Scholarium in Vienna and at the Vienna Stock Exchange Academy. In 2014, together with Rahim Taghizadegan and Mark Valek, he published the book Austrian School for Investors: Austrian Investing Between Inflation and Deflation. Recently he co-authored the book The Zero Interest Trap. He is also a well-known keynote speaker and consultant for Tudor Gold, a promising Canadian exploration company.

Previously, he worked for Raiffeisen Capital Management for more than ten years, most recently as a fund manager in the Multi Asset Strategies Department. In this role he was responsible for inflation-hedging strategies and alternative investments and managed portfolios worth several hundred million euros.

Valek is a lecturer at the Scholarium in Vienna and at the Vienna Stock Exchange Academy. Together with Rahim Taghizadegan and Ronald Stoeferle, he published the book Austrian School for Investors: Austrian Investing Between Inflation and Deflation.

Incrementum AG is an independent investment and asset management company based in the Principality of Liechtenstein. The company was founded in 2013. Independence and autonomy are the cornerstones of our philosophy, which is why the company is 100 percent owned by us. Before we founded Incrementum, all partners were active for many years in the investment and finance sector in Frankfurt, Madrid, Toronto, Zurich, and Vienna.

This publication is for information purposes only and does not constitute investment advice, investment analysis or an invitation to buy or sell financial instruments. In particular, this document is not intended to replace individual investment or other advice. The information contained in this publication is based on the state of knowledge at the time of preparation and may be changed at any time without further notice.

The authors have taken the greatest possible care in selecting the sources of information they use, and accept (as does Incrementum AG) no liability for the accuracy, completeness or timeliness of the information or sources of information provided or for any resulting liability or damage of any kind (including consequential or indirect damage, loss of profit or the occurrence of forecasts made).

[1] The entire interview can be downloaded from our website at www.ingoldwetrust.report/freegold. 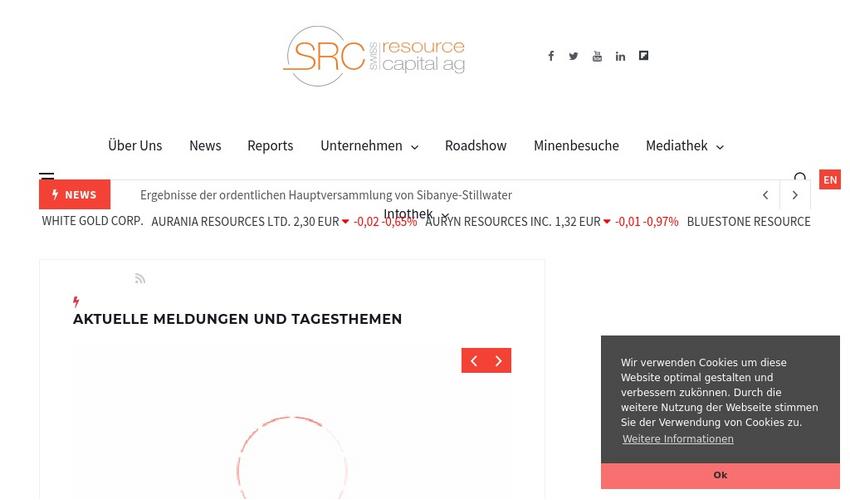