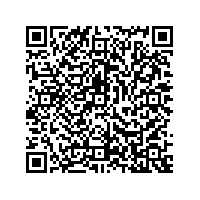 (PresseBox) ( Herisau / TORONTO, ON, 13.02.18 )
First Cobalt Corp. (TSX-V: FCC, ASX: FCC, OTCQB: FTSSF) (the “Company” - https://www.youtube.com/...) today announced positive drill results from the historic Bellellen mine in the Cobalt Camp, Ontario. These early results confirm the presence of high grade cobalt and nickel along the known Bellellen vein system south of the historic mine workings.
Highlights
• 2.0 metres of 0.78% Co and 0.83% Ni, including 1.1 metres of 1.35% Co and 1.47% Ni along the Bellellen Vein system that extends for approximately 300 metres of strike length
• Several calcite veins and disseminated zones of mineralization have been intersected
• Assays pending for additional 12 holes drilled as part of the 1,100m program at Bellellen
• Further support to the thesis of metal zoning of cobalt-nickel rich versus silver rich areas within a single hydrothermal system; a relationship seen elsewhere in the Camp

Trent Mell, President & Chief Executive Officer, commented:
“First assays from Bellellen drilling confirm the grades found in muckpile material sampled in 2017 and support our view that we now have a third area of interest in the Cobalt Camp. The Bellellen structure has adequate strike length to remain a priority target. Our 2018 drill strategy is to test several new target areas to confirm the cobalt grades of known systems throughout the Camp and then focus on those of sufficient size to support large tonnage operations.”

Drilling at Bellellen began in January 2018 with 13 holes completed for over 1,100 metres. The program was intended to confirm the presence of cobalt-nickel mineralization away from historic mining and to identify the distribution of both vein-style and disseminated-style mineralization previously sampled from underground material.

Drill holes targeted the north-south trending Bellellen Vein and the northeast trending Frontier 2 Vein (Figure 1). In places, two holes were collared at the same location with different dip orientation to determine the direction of the veins.

Assays have been received from hole FCC-18-0007, returning 2.0m of 0.78% Co and 0.83% Ni, including 1.1m of 1.35% Co and 1.47% Ni. The mineralized intercept was about 20m from surface in a zone containing several veins (Figure 2). The highest grade of 2.40% Co over 0.3m represents visible cobalt minerals that also likely contain nickel. Anomalous cobalt (>0.05%) occurs within wallrocks on the margins of the high grade zone without visible veining. Fine disseminated cobalt minerals are likely present. Silver is relatively low suggesting the Bellellen area may represent a cobalt-nickel rich zonation in proximity to the silver-rich vein system at Keeley-Frontier.

Note: Lengths are measured along the drill core and true widths of mineralization are not known at this time.
Several holes in this program intersected carbonate veins containing cobalt-nickel minerals as well as pyrite, pyrrhotite and chalcopyrite. In some holes tight folding of the volcanic rocks is evident and the Nipissing Diabase appears to be deeper than expected from bedrock mapping. The overall structural interpretation of the Bellellen area is ongoing to determine if these high grade cobalt-nickel veins are locally concentrated where folds converge.

Figure 1. Bedrock geology and location of drilling stations in the 2017 drilling program. Silver-cobalt veins shown are compiled from historic maps and locations shown not be considered exact.
Cobalt-bearing minerals in hole FCC-18-0007 occur as discrete bands associated with small, centimetre-sized calcite veins occurring within chloritized mafic volcanic rocks. Disseminated pyrite and arsenopyrite occur in the wallrocks of the veins. Arsenopyrite is associated with anomalous cobalt. The hole was collared over 150m south of the main Bellellen mine shaft. Drill holes FCC-18-0008 and FCC-18-0013 were drilled to test the dip extension of the cobalt mineralization in FCC-18-0007. Disseminated pyrite and arsenopyrite as well as calcite veins have also been noted in these holes.

Elsewhere in the Cobalt Camp at the Silverfields mine, high cobalt-nickel mineralization occurs along the margin of high grade silver veins, defining an extensive system. Silverfields produced approximately 18 million ounces of silver and was one of the largest producers, with over one million tonnes milled, in the Cobalt Camp.

Figure 2. East-west geologic cross section of FCC-18-0007 and nearby drill holes. The section is 40m thick. Grid blocks are 50m by 50m. Easting co-ordinates are in UTM NAD83 Zone 17 co-ordinate system.
For a table of drill hole assay results to date, visit https://firstcobalt.com/....

Bellellen Mine
Mining at Bellellen mine began in 1909 around the same time the Haileybury, Frontier and Keeley mines began operations. The Bellellen mine contained high cobalt content relative to silver, thus it struggled to be economically viable in a silver mining era. Bellellen had intermittent production until 1943, when 12.3 tons of ore were shipped containing 9.25% Co and 11.55% Ni.
At Bellellen, the Nipissing Diabase has been interpreted at a depth of 125 metres below surface within a fold hinge. Between surface and the diabase, a thick sequence of mafic volcanic rocks occurs, suggesting depth potential to the known Co-Ag mineralization may exist in this area.

Samples from surface muckpiles at Bellellen returned high values of Co coincident with Ag, Ni and Cu in various styles of mineralization (see September 28, 2017 press release). Mineralogy work on disseminated style mineralization found Co as glaucodot (Co,Fe)AsS as well as Co-bearing pyrite (see October 5, 2017 press release). This style of mineralization had not previously been recognized in the Cobalt Camp and suggests a broad hydrothermal system may be present at Bellellen.
Quality Assurance and Quality Control

First Cobalt has implemented a quality-control program to comply with common industry best practices for sampling and analyses. Samples are collected from drill core from a range of 30 to 100cm length. Half-core samples are submitted for analyses. Standards and blanks are inserted every 20 samples. Duplicates are made from quarter core splits every 20 samples. Geochemical data were received from SGS Canada in Lakefield, Ontario, Canada. No QA/QC issues have been noted. SGS has used a sodium-peroxide fusion and ICP finish for analyses on all samples. Over-range (> 1%) Co and Ni are determined by a separate fusion and ICP finish.
Qualified and Competent Person Statement

About First Cobalt
First Cobalt is the largest land owner in the Cobalt Camp in Ontario, Canada. The Company controls over 10,000 hectares of prospective land and 50 historic mines as well as a mill and the only permitted cobalt refinery in North America capable of producing battery materials. First Cobalt began drilling in the Cobalt Camp in 2017 and seeks to build shareholder value through new discovery and growth opportunities.

Neither TSX Venture Exchange nor its Regulation Services Provider (as that term is defined in policies of the TSX Venture Exchange) accepts responsibility for the adequacy or accuracy of this release.
Cautionary Note Regarding Forward-Looking Statements