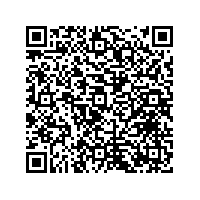 Altona Mining Limited (“Altona” or “the Company” - http://www.commodity-tv.net/... ) today announced the results of a 30 hole RC drilling programme undertaken at the Cloncurry Copper Project (“Cloncurry”) in late 2017. The programme was designed to test new copper-gold in soil anomalies at the Companion, Veiled and Quamby prospects. Drill highlights include:

The prospects add to an emerging cluster of copper-gold discoveries south of the proposed Little Eva mine development at Cloncurry. The cluster also includes the Hobby and Reaper prospects (see ASX release dated 29 November 2016).

The drilling is shallow and reconnaissance in nature and intersected both oxide and sulphide mineralisation. Of note were the higher gold grades compared to the deposits included in the mine plan for the Little Eva development. High silver values at Quamby and high cobalt values at Veiled were also recorded. The rocks intersected (Figures 1 to 3) and element association are typical of IOCG (Iron Oxide Copper Gold) deposits.

At Companion the mineralised system has potential to be large with soil anomalism defined over an area of 0.6 by 3 kilometres, drilling is widely spaced over only 1.2 kilometres of strike.

At the Companion prospect (Figures 4 to 9), the new drill results and drill results from previous operators combine with geology and soil geochemistry to confirm the discovery of a large, structurally controlled copper-gold system.

This drilling programme comprised 9 holes of 48 to 96 metres depth spaced at approximate 300 metre intervals along the northernmost 1.2 kilometres of a larger 3 kilometre long copper-in-soil anomaly. The southern portion of the anomaly is essentially undrilled other than by shallow reconnaissance ‘geochemical’ holes. Soil anomalism occurs in three subparallel zones and mineralisation has been intersected in all three. High tenor copper-gold mineralisation was encountered within broader lower tenor mineralisation. Results were notable for their elevated gold grades and that many intercepts were at very shallow depths.

Better drill intercepts at a 0.3% copper equivalent cut-off grade, include:

Prior reconnaissance drilling by previous operators at Companion returned:

The location of drill holes is provided in Figures 6 and 7, full results are given in Table 1, drill collar details in Table 2 and JORC Table 1 is provided as Appendix 1.

At the Veiled prospect (Figures 4, 5 and 10), drill results and soil geochemistry suggest the discovery of a significant copper-gold system. There was no prior drilling at Veiled. The prospect is a 130 x 260 metre discrete ‘bullseye’ high tenor copper-in-soil anomaly identified in sampling programs undertaken over the last two years. There are small early 1900’s shallow copper oxide workings within the anomaly located on north striking structures with mineralised brecciated metasedimentary rock and gossan both in outcrop and float.

At the prospect, shallow reconnaissance RC drilling comprised 4 holes of 54 to 90 metres depth on two cross-sections 100 metres apart that targeted the centre and northern extent of the anomaly.

One hole (VLR002) terminated in mineralisation. The mineralised zone is open at depth, while the limits to the copper-in-soil anomaly remain untested.

Mineralisation is associated with chalcopyrite and pyrite in altered metasediments in fresh rock. There are locally elevated cobalt values (up to 0.2%) with the best intersection being 6 metres at 0.12% cobalt in VLR001 from 10 metres. The mineralisation is also notable for elevated gold grades.

The base of weathering is approximately at 30 metres depth and mineralisation occurs as malachite associated with goethite-hematite rich zones. Higher grade zones within the oxide zone may reflect primary mineralisation or supergene enriched zones and further drilling is required.

Figure 11 provides a cross section at Veiled illustrating the apparent steep dipping high grade zones. The location of drill holes is in Figure 10, full results are given in Table 1, drill collar details in Table 2 and JORC Table 1 is provided in Appendix 1.

The target comprises elevated gold in soils around the historic Quamby gold mine which is reported to have recovered 75,600 ounces of gold from leaching operations in the 1980’s and 1990’s. The mine has been drill tested but few of the results have been found. Those available include 16 holes (see September 2017 Quarterly Report) that are coincident with the soil anomalies located south of existing workings. To the west of the mine and partly co-incident with Quamby gold anomalism is a large copper and gold-in-soil anomaly.

Shallow reconnaissance RC drilling comprised 17 holes of 60 to 174 metres depth on cross-sections at 80 to 200 metre intervals was targeted to test the copper-gold in soil anomaly. A single hole was drilled beneath the Quamby mine.


Better drill intercepts, at a 0.3% copper equivalent cut-off grade, include:

Figure 12 provides a plan of drilling in relation to soil anomalism and illustrates the wide zone of multiple intercepts encountered and relationship to the much larger copper-in-soils anomaly. The location of drill holes is given in Figure 12, full results are given in Table 1, drill collar details in Table 2 and JORC Table 1 is provided in Appendix 1.

About Altona and the Cloncurry Copper Project

Altona Mining Limited (“Altona”) is an ASX listed company focussed on the Cloncurry Copper Project (“Project”) in Queensland, Australia. The Project has Mineral Resources containing some 1.67 million tonnes of copper and 0.43 million ounces of gold. It is envisaged that a 7 million tonnes per annum open pit copper-gold mine and concentrator will be developed at the Project. The development is permitted with proposed annual production(1) of 39,000 tonnes of copper and 17,200 ounces of gold for a minimum of 14 years. The Definitive Feasibility Study was refreshed in July 2017. In November 2017 Altona announced the intention to merge with TSX listed Copper Mountain Mining Corporation, a large Canadian Copper Producer. A shareholder vote on the Scheme of Arrangement is expected in late March 2018.

The information in this report that relates to Exploration Targets, Exploration Results, Mineral Resources or Ore Reserves is based on information compiled by Dr Alistair Cowden, BSc (Hons), PhD, MAusIMM, MAIG, Mr Roland Bartsch, BSc(Hons), MSc, MAusIMM and Mr George Ross, MSc, MAIG. Dr Cowden, Mr Bartsch and Mr Ross are full time employees of the Company and have sufficient experience which is relevant to the style of mineralisation and type of deposit under consideration and to the activity being undertaking to qualify as a Competent Person as defined in the 2012 Edition of the ‘Australasian Code for Reporting of Exploration Results, Mineral Resources and Ore Reserves’. Dr Cowden, Mr Bartsch and Mr Ross consent to the inclusion in the report of the matters based on their information in the form and context in which it appears.

Copper‐Equivalent values do not specifically take into account the recoverability of copper or gold, however, for standard copper gold concentrates such as those at Little Eva, the differences in payability and recovery are small whereas the metal prices chosen have a large impact on the copper equivalent values.