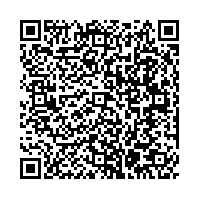 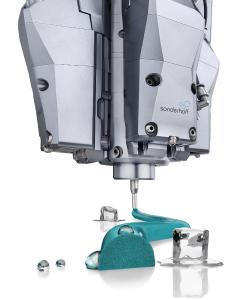 (PresseBox) ( Köln, 11.02.19 )
The system supplier Sonderhoff, part of Henkel AG & Co. KGaA, offers the plastic and metal processing industry in France sealing, adhesive and sealing solutions based on polyurethane, silicone or PVC for a wide variety of applications. At MIDEST Lyon (5-8 March 2019), Sonderhoff will be presenting itself as one of the world's leading companies for innovative sealing technology from a single source (System-3): material and machine as well as the sealing, gluing and potting of components in contract manufacturing. The System 3 concept from Sonderhoff can be individually tailored to the customer's production processes to provide maximum flexibility in the design of the material recipe and machine configuration.

At the Sonderhoff stand N128 in hall 6, it will be demonstrated how the SMART-M dosing cell is used to apply liquid sealing material to a LED signal lamp fully automatically and with contour accuracy. Philippe Ott, overall responsible for the sales of Sonderhoff in Western Europe and Maghreb, will explain the advantages of this Formed-In-Place (FIP) application to visitors: "The liquid applied Fermapor K31 foam system reacts to a soft foam seal under room temperature “in situ” direct on the component. And because it is applied liquid, the beginning and end of the seal can flow into each other, creating a "seamless" seal." The components are thus protected from rain, ice and snow, cold, heat, dust and wind, but also mechanical influences.

The FIP process has proven itself in the serial production of various industries as state-of-the-art technology for the sealing, gluing and potting of components. Gildas Manceau, Area Sales Manager at Sonderhoff for Northern France, adds: "The seal can be fully automatically applied to the component with great precision and accurate to the contour.

This makes the FIP process more economical than a manual seal. It can save time and money." The gasket material is 100% used and there is no rejects. Due to the compressibility of the foam gasket, it also compensates for manufacturing tolerances of a component. And thanks to the curing of the material systems at room temperature, there are no investment and energy costs for tempering ovens.

The dosing systems and material systems from Sonderhoff are optimally matched to each other. Depending on customer requirements, different curing and tack-free times of the material systems from Sonderhoff are individually adjustable. This makes the manufacturing processes even more efficient, and downstream processes, right through to final assembly, can start earlier. Sonderhoff uses CNC-controlled linear robots for the dosing systems, which move the mixing head over the component contour at different speeds for material dosing. As a result, different output rates can be realized. This is an advantage when it comes to the automatic material application of large quantities and complex component geometries in series production.

The new FIP CC (Formed-In-Place Closed Cell) sealing technology will be presented for the first time in France at the Midest show. FIP CC combines the high waterproofness of a silicone gasket with the attractive material cost of a polyurethane foam gasket.

By means of physical foaming, the very fine-cell, predominantly closed-cell polyurethane soft foam seal Fermapor® CC is produced with the dosing system DM 402 CC developed for this purpose. Even in the case of a damaged sealing surface, such as tears, the water absorption of the Fermapor® CC foam gaskets changes only slightly. It is also very weatherproof and at water temperatures of 1 ° C also ice water resistant.

What is new about the FIP CC technology is that the dispensing of the CC foam is already applied to the component in its almost complete sealing dimension. This enables process-oriented quality control, which confirms that the seal was applied at the same height over the entire component contour.

With the System 3 concept consisting of material, machine and contract manufacturing, Sonderhoff can not only flexibly adapt the material recipe and machine configuration to the customer's production processes. Instead, Sonderhoff goes one step further with the MOLD'n SEAL process: the previously separate processes of injection molding and foam sealing are now combined in one production step. The injection molded parts no longer need to be prefabricated and stored as before. The MOLD`n SEAL process can be adapted to different cycle times of injection molding as well as to components with different geometries for the direct application of the foam seal to the part contour. Additional processes such as pretreatment of the surface of the plastic part by ionization or plasma treatment may also be integrated. Instead of the previous two, only one handling robot is required for the part handling of both processes (injection molding and foam sealing application) in the production cell. Depending on the different configuration, only a very small footprint of only 24 to 40 m² is needed.

Sonderhoff is known as expert for the formulation of seal foams and resins, polyurethane and silicone, as well as manufacturer and developer of machines and automated lines, and Sonderhoff masters the complete process of foam sealing, gluing and potting! This reassures the customers who are looking for a working solution, sealing, gluing or potting, whatever their branch of activity. Sonderhoff is strongly established in the world of automotive industry, cabinets and electrical cabinets, lighting and signage, air conditioners, filters, photovoltaic installations, packaging, appliances. The globally active Sonderhoff Group of Companies, since July 2017 part of Henkel AG & Co. KGaA, specializes in customized sealing, gluing and potting solutions with FIP(F)G (Formed In-Place (Foam) Gasket) technology. We are manufacturers of foam sealing, adhesive and potting systems on the basis of polyurethane, silicone, or PVC, as well as mixing and dosing systems for the automated application of materials to industrial components.

We also offer OEMs and suppliers individual automation concepts and application engineering consulting. At various toll manufacturing sites, we provide the customers with foam sealing, gluing and potting of their components on our plants. It ranges from the sampling of prototypes over small series to mass production on a production scale. The customers receive from Sonderhoff everything from a single source. In the process, we draw on more than 1,000 formulas developed in-house, knowledge protected by various patents, and many years of experience.