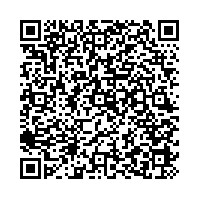 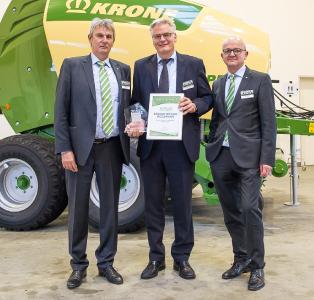 (PresseBox) ( Kaufbeuren, 19.10.17 )
The Kaufbeuren-based company Sensor-Technik Wiedemann (STW) GmbH has this autumn for the second time received the “Supplier of the Year” award after winning it in 2015 from Maschinenfabrik Krone GmbH, one of the leading manufacturers worldwide in the agricultural technology sector. The award positions STW as the best supplier in the category Electronics.

After Krone and STW had collaborated for many years, Krone selected STW at the beginning of 2011 as their development partner and series supplier for a new Krone control unit platform. The KMC central control units are specific versions of the STW product series ESX-3XL or ESX-3XM, and have been developed for applications in highly adverse environments. The Krone applications are also subject to requirements regarding their functional safety. The J1939 slave module “KMB motor bridge” manufactured by STW according to Krone specifications was also marketed by STW as the standard product ESX-MBC. STW also meanwhile supplies the series control units to Krone for various shredder and baling press series. The use of these units in other Krone machines is being introduced successively. “In addition to its technical competence, STW particularly convinces us with its consistently high quality and production regulations“, says Georg Sasse, Procurement Manager at Krone.

Approximately 300 core suppliers to Krone were previously analyzed and assessed by the Krone specialists. The criteria for the “Supplier Award” were amongst other things reliability and on-time delivery as well as the complaints rate and the price-performance ratio.

Krone Managing Director Dr. Uwe Hansult, and also the laudatory speaker, Bernard Krone, thanked their suppliers and emphasized that a medium-sized manufacturer such as Krone was unconditionally reliant on the specialist competence and the reliability of strong suppliers. “The technology in our machines is becoming increasingly complex, but this is only of marginal interest to the customer, as the customer expects just one thing from us – the best quality. This is the standard we set upon our own developments and of course also on those of our suppliers”.

STW is a manufacturer of sophisticated electronics solutions in the fields of digitalization, automation and performance electrification. Since 1985, STW has developed into an internationally-active company with approximately 440 employees today, which serves both small and medium-sized companies as well as leading OEMs. During the development and production of the solutions, STW depends on its know-how, its technology and its infrastructure, which permits both small quantities as well as series production. The product program comprises control solutions, connectivity and telematics including their own IoT platform, “machines.cloud”, performance electrification and e-mobility as well as sensors and measuring technology. The products by STW are primarily designed for the mobile machines market. In addition, solutions for other markets such as industrial and medical technology are developed or produced according to specific customer requirements. Together with their partners, STW realizes projects related to sensors, microelectronics and performance electronics, as well as embedded and application programming. Here safety-relevant solutions are also covered. 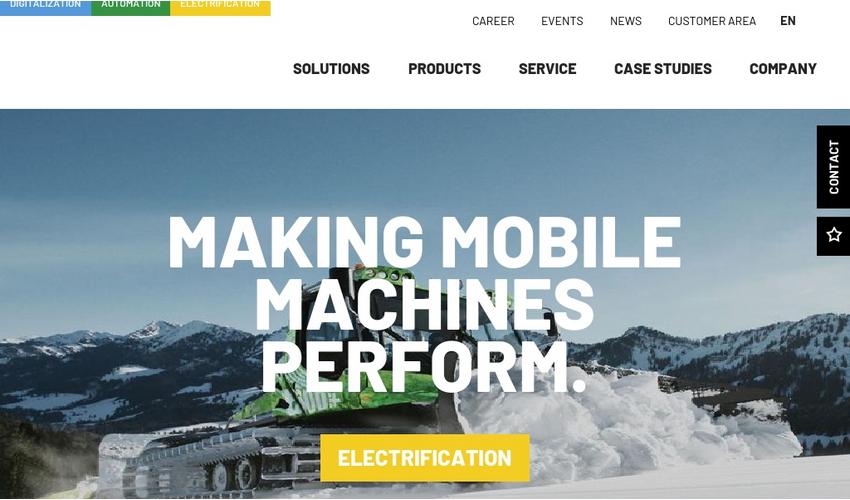 Charging infrastructure for the transport sector: STW to cooperate with Parkstrom