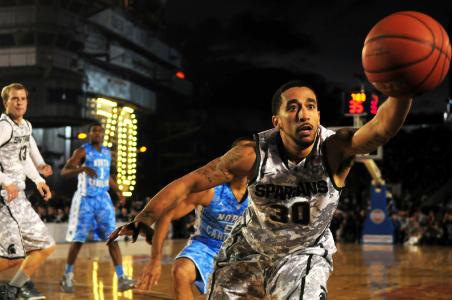 (PresseBox) ( Koeln, 12.06.21 )
The history of basketball paved the way to a lot of significant events and people who made countless contributions for the evolution of basketball.

Thanks to the very efforts of its founder, Dr. James Naismith, an instructor and a student in a Canadian school, basketball came into being.

It is said that the first court for basketball was situated in a YMCA Training School now known as Springfield College in Springfield, Massachusetts. Dr. Naismith needed something to pump up the energy level of his students and put them in proper shape as winter came. He had numerous ideas but then after realizing how poor it suited the gymnasiums, he decided to establish the rules first.

His idea of the first ring is a peach basket that is nailed on a 10-foot elevated track. But this peach basket didn’t have a hole at the bottom. That’s why balls have to be manually retrieved every once in a while every time the ball had hit a score. However, this proved to be tiring and inefficient for proper and fun gaming. Due to this, he decided to poke a hole into the bottom for the ball to go down whenever it is shot through it.

The ball that was used was the soccer ball. Whenever the ball gets into the basket, a point is given to the entire team. The team who has the most number of points wins.

This basket was used until the year 1906. On that year, they replaced the basket with hoops made of metal and supported by backboards. As this proved to be more convenient for the ball just literally passed through the hoops, it was adapted until now.

According to the handwritten diary by Dr. Naismith, he became nervous with his game for he feared that it would fail like those that he did before. It also said that he associated the rules from the game Duck on a Rock that is typically a children’s game. After which he named the game as Basket Ball.

It was during January 20, 1892 that the first game was officially played and was held at the gymnasium of YMCA. The game comprised 9 players and had a 1-0 result. This winning shot was made at a 25 feet measurement and the court was only half the size of the present day NBA court.

Basketball was not only meant for men. Women also indulged in the sport. The first women basketball game was held in Smith College during the year 1892. Senda Berenson, also a physical education teacher like Naismith modified some of the rules that were intended for women. She also organized the first basketball women’s collegiate game that was on March 1893.

Her freshmen women played against the sophomore women. She then became fascinated by the values and skills the sport could impart. YMCA was wholly responsible for the development and spread of the game. By 1895, it reached Canada and parts of the US that was then adapted at some high school for women.

The National Basketball League, known as the very first pro basketball league, was established in 1898. The league’s responsibility is to protect the players from being exploited and make it safer for the benefit of its members. However, this lasted for only 5 years.

Since these evolutions, basketball had been widely accepted and had become the new trend in sports.

The Basketball-Domain has been created for basketball.
Of particular note, the General Availability starts on the 15th of June 2021.

From the perspective of marketing the idea behind your Basketball-Domain is to publish your special offers on websites with this .Basketball-Domain name in order to achieve a better ranking on Google and other search engine providers with the new domain name. These new Basketball-Domains are like new, additional nets that allow you to fish in the market.

An improved search engine ranking with the new domain names and the relationship between a better ranking in search engines and the new top-level domains has already been proven by a study of Searchmetrics for the Berlin-domains. Websites with Berlin-Domains are often better placed in regional Google searches than websites with .de and .com domains. The result of the Search Metric study can be summarized as follows:

Another study by Total Websites in Houston shows that the results of the Searchmetrics study are practically applicable to all new top-level domains, including the new Basketball-domains. Total Websites states that Google gives a lot of importance to the domain extensions of the new top-level domains as a criterion for the evaluation of a domain and, therefore, concludes that:

"It is obvious that the new top-level-domains make rankings in search engines better."