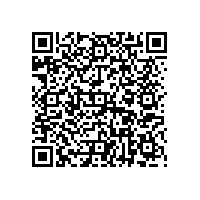 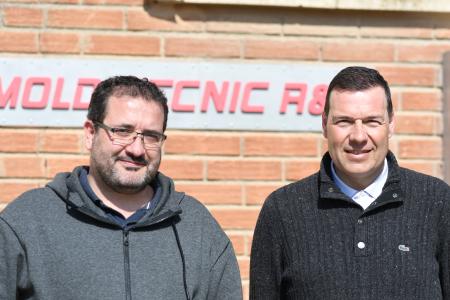 (PresseBox) ( Tenniken, 22.06.20 )
Mold-Tecnic is a mold and tool manufacturer near Barcelona whose customers primarily come from the automotive industry and medical technology. Based on the premise of high product quality with a broad range of services, the contract manufacturer has permanently incorporated the powRgrip toolholder by REGO-FIX into its production.

For years, the Spanish economy in general – just like the machining industry in particular – has had to contend with huge difficulties. In regional terms, the industry is based on three main pillars. While the Basque region represents a share of about 30 to 35 percent, with Catalonia following at 20 to 25 percent, Madrid accounts for a share of around 15 to 20 percent of the total industry. And while construction of large tools and molds – for the automotive industry, for example – is focused in the Basque region, the region of Catalonia is characterized more by tool and mold construction for smaller automotive components such as valves, switches, or headlight parts. Here in Catalonia, the corporate landscape in the last few years has changed dramatically, of course. Large companies in particular have almost completely disappeared from the region, meaning that of 400 operations in days gone by, there are now fewer than 200 on the market. “To this day, tool and mold manufacturing in Catalonia is in crisis,” says Rubén Pleguezuelos, Managing Director of tool and mold manufacturer Mold-Tecnic. “But I believe we are past the worst.” However, the Spanish tool and mold manufacturer must still contend delicately with competition from China and Portugal, where the industry is supported by the state.

Clear Premises
One of the smaller companies now shaping the Catalan market is Mold-Tecnic, whose headquarters are located in Les Franqueses des Vallès. Like other businesses that were able to adjust their cost structure to the market conditions and survive, Mold-Tecnic is gradually receiving more work today. “Large jobs, however, are still rare and stability in incoming orders is lacking,” reports Pleguezuelos. In any case, it needed to find its own strategy long ago to survive the crisis. “From the outset, this consisted of offering the customer the highest quality and broadest range of services possible,” says the Managing Director. “In addition to the manufacture of generally small molds and tools, we also take care of their modification and repair, assist customers in development and construction, print 3-D parts, or perform service activities. Here, the focus is always on the quality and precision of the products.” These are the conditions under which its ten-person team serves primarily regional customers from the automotive industry. This includes prototype construction – for Seat, for example. A smaller portion of its clientele comes from the medical technology sector, which is also located in the surrounding area. “Here we are working with a company in the field of orthopedics, for example, that is currently developing another new product,” says Pleguezuelos. “We are conducting development and construction work for this company and manufacturing various products in 3-D.”

Important Partner
Pleguezuelos launched Mold-Tecnic about three years ago after leaving a large tool and mold manufacturer. At the time, with two men and a used three-axis machine from that company. “Of course, we needed more machines. So I bought two used eroding machines. A few months later – the order scope had increased and precision necessitated it – a new milling machine was added. After a year and a half, we had all our machines.” Currently these are three three-axis milling machines, two eroding machines, and, more recently, a laser welding machine. The next step for the company is of course the planned purchase of a five-axis machine.
GerSwiss has been an important partner for Mold-Tecnic from the beginning. “We are a retailer of tools, tool technology, and tool clamping technology that acts exclusively for German and Swiss manufacturers in Spain. Generally exclusively, we offer the complete range here,” says Managing Director Oscar Velilla about his company. The two men have had a trusting relationship that goes back to before Mold-Tecnic was founded. “But the cooperation became even closer. Because as company founders, you have to take care of a lot of things,” says Pleguezuelos. “Support in selecting the right tools and clamping technology was therefore very important to us.” To this day, the cooperation has been characterized by trust and honesty; Pleguezuelos is presented with new systems along with all their advantages and drawbacks, meaning that he is always able to select the best price/performance ratio for him. “On this basis, we today primarily supply Mold-Tecnic with microcutters and clamping devices, as well as rotating roughing and finishing tools that go beyond the diameter of solid carbide tools,” says Velilla.

The Best Solution
But this was also the basis on which Velilla presented the powRgrip holders from REGO-FIX in direct comparison with shrink-fit and hydraulic chucks. So Pleguezuelos could also select the best system for him here. Although Mold-Tecnic generally manufactures small parts, the contours were not a criterion in the decision: “We always have space when machining; there are no tight walls or large depths that we have to manage.” Because small parts are finished with the usual projecting lengths, only one thing remained to be decided for selecting the appropriate toolholder: which system is more durable, precise, and leads to lower costs? Not the investment costs, it should be noted, but those over the entire service life. “If you invest in the powRgrip system, you have no further costs throughout the entire usage period. Even with a long service life and consistently high precision,” assesses Velilla. “In addition, for the lifetime of the small solid carbide cutters deployed at Mold-Tecnic, the concentricity accuracy of the holders and their good damping properties are of great benefit.” In order for these properties to win him over, Pleguezuelos conducted a series of tests. “Because inaccuracies in concentricity of 0.01 mm are a problem for us,” he explains. “We also use Japanese collets and hydraulic holders here, which, over time, can lead to deviations. The tests with powRgrip, on the other hand, clearly demonstrated: it is the best solution for us. And accuracy is ensured even after umpteen clamping cycles.”

95 Percent Relief
This accuracy has even had a personal impact for Pleguezuelos: “I can sleep more peacefully at night,” he grins. “Our machines run in the night without human intervention. Thanks to powRgrip, I know that the parts will be exactly as we need them the next morning.” But in terms of accuracy, another point comes into play: “In the past, we had to measure all parts in the machine in order to be able to ensure the required accuracy. We save this time today. We no longer have to measure any parts that have a tolerance of 0.1 mm.” Savings that are passed immediately onto the tool side. Because here, Pleguezuelos hardly has to measure the concentricity any more. “Only if the tolerance of a part is less than ten micrometers,” he says. “But in 95 percent of cases, we don’t have to any more. This saving is enormous.”

The main application areas for powRgrip at Mold-Tecnic today are the roughing of the parts before hardening and subsequent finishing. The final contours are therefore manufactured both by milling and eroding. Mold-Tecnic also manufactures the electrodes themselves – which, at Mold-Tecnic, are made exclusively of copper – with powRgrip. In the solid carbide area, finishing is conducted with cutters from 0.4 to 6 mm in diameter. During roughing, you move up to 20 mm in terms of diameter range. In the process, PG colletholders are used with BT30 and BT40 interfaces; standard designs up to PG25 are used as collets. For clamping the tools, the manual design PGC 2506 with hand pump is used at Mold-Tecnic. “It is simple to use and there is no risk to the operator,” says Pleguezuelos. “Given that we operate cleanly, we have a guarantee of lasting precision on the component. This was a problem with other holders, but it has now been solved.”

Fundamental Component
Today, Pleguezuelos has high stability in his manufacturing processes. An important guarantor of this is the powRgrip system with which he covers the bulk of his applications. If he is presented with new challenges due to a change in the range of parts, Velilla is his direct contact. In any case, both continue to work on improving the efficiency of the machining processes at Mold-Tecnic. Against the backdrop that day-to-day business here is now more than 90 percent covered by the REGO-FIX range, they are also preparing possible technology changes together. Specifically, this applies to the five-axis machine, which Mold-Tecnic is planning to purchase. In the process chain from the spindle to the component, powRgrip will therefore once again be a central theme.

Quote
“I sleep more peacefully at night because I trust powRgrip”