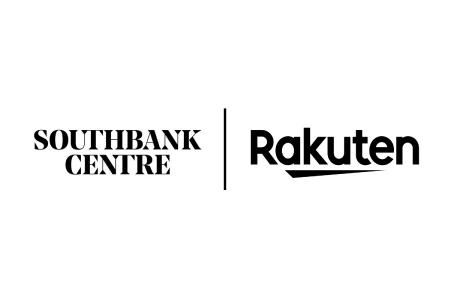 Rakuten believes that the arts have the power to bring joy to people and create a better society. Based on the belief that entertainment can unite the world by transcending language, cultural and regional barriers, Rakuten has a long history of collaborating with some of the biggest names in the world of arts & entertainment, including partnerships with Tokyo Philharmonic Orchestra, Shakira's El Dorado World Tour and Messi10 by Cirque du Soleil.

Especially in difficult times like these, Rakuten seeks to be an influential player in how the industry evolves and responds to the increasing challenges. With the recent launch of Club Rakuten, Rakuten’s unique reward-based ecosystem proposition in the U.K., Rakuten is proud to be able to partner with the U.K.’s largest cultural institution to not only give Rakuten members easy access to a wide variety of cultural offerings, but also to add an important cultural pillar to its local service offer.

"We’re really excited to give our members access to this incredible line-up of speakers, authors and ambassadors of some of the most important issues and challenges today," says Toby Otsuka, CEO of Rakuten Europe. "There will be a time after lockdowns, shut theatres and closed concert halls - and by partnering up with cultural institutions like the Southbank Centre, we want to play our part in ensuring that the cultural landscape stays vibrant, diverse and colorful for decades to come."

Club Rakuten will act as Corporate Supporter of the Southbank Centre’s Inside Out online programme, featuring writers, artists and activists such as Alicia Garza, co-founder of Black Lives Matter, Claudia Rankine, Kae Tempest and John Cleese.

Club Rakuten will also support the first public event of this year’s Booker Prize Winner, following the winner announcement on the 19th of November.

Ted Hodkingson, Head of Literature & Spoken Word at the Southbank Centre, said: "We're thrilled to be bringing together the winner of the 2020 Booker Prize with one of last year's winners Bernardine Evaristo for what promises to be a one-of-a-kind encounter between two novelists at the forefront of their artform. We're delighted that this fitting finale to our Inside Out series, and one of the most anticipated moments in the literary calendar, will be in partnership with Rakuten".

The Southbank Centre is the UK’s largest arts centre and one of the UK's top five visitor attractions, occupying a prominent riverside location that sits in the midst of London’s most vibrant cultural quarter on the South Bank of the Thames. We exist to present great cultural experiences that bring people together and we achieve this by providing the space for artists to create and present their best work and by creating a place where as many people as possible can come together to experience bold, unusual and eye-opening work. We want to take people out of the everyday, every day.

The site has an extraordinary creative and architectural history stretching back to the 1951 Festival of Britain. The Southbank Centre is made up of the Royal Festival Hall, Queen Elizabeth Hall, Purcell Room and Hayward Gallery as well as being home to the National Poetry Library and the Arts Council Collection. It is also home to four Resident Orchestras (London Philharmonic Orchestra, Philharmonia Orchestra, London Sinfonietta and Orchestra of the Age of Enlightenment) and four Associate Orchestras (Aurora Orchestra, BBC Concert Orchestra, Chineke! Orchestra and National Youth Orchestra of Great Britain).

Rakuten, Inc. (TSE: 4755) is a global leader in internet services that empower individuals, communities, businesses and society. Founded in Tokyo in 1997 as an online marketplace, Rakuten has expanded to offer services in e-commerce, fintech, digital content and communications to approximately 1.4 billion members around the world. The Rakuten Group has over 20,000 employees, and operations in 30 countries and regions.

In Europe, Rakuten has been active for more than a decade and is constantly growing its footprint. The network of business units consists of more than 14 services, available in almost every European country. With Rakuten Europe’s head office in Luxembourg and offices in London, Dublin, Paris, Berlin, Barcelona and other major European cities, Rakuten is more than just a company, it’s a vision of a true Ecosystem.