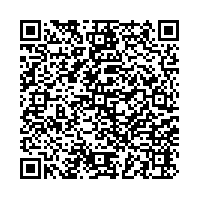 ODU is investing heavily in its company sites and products

(PresseBox) ( Mühldorf, 12.01.18 )
ODU has begun 2018 on excellent footing. With a global workforce of 1,850, ODU generated a total turnover of some 170 million euros in 2017 – a great success for the tech company from Mühldorf in Bavaria (Germany). ODU’s products are highly sought after on the market and the company’s outstanding performance and expertise are in equally high demand from customers. ODU is a specialist for connector systems and ranks among the world’s leading providers of electrical connectors. The company’s innovative, cutting-edge products are to a significant extent customer-specific and can be found wherever reliable and precise connections are needed.

“And we plan on continuing in the same direction this year, too. We’ll be working hard to introduce new, innovative connector systems to the market and to serve our customers in the best possible manner,” says Dr.-Ing. Kurt Woelfl, Managing Director of the ODU group.

ODU finds itself in an excellent situation for achieving its goals. In 2017, the company invested heavily in its various sites. A new assembly hall was put into operation in Mühldorf and a complete new assembly line was installed at ODU’s Mexican site to meet the growing demand for high performance connectors for eMobility applications. Another construction project is already underway in Mühldorf: Both the turning shop and the office space are being extended. “We’re expecting our workforce to keep growing in 2018 as well,” adds Woefl. “Our employees are the foundation for our company’s success.”

ODU is also taking care to generate qualified new talent. Currently, the connector specialist is training some 110 young apprentices in Mühldorf. The apprenticeships are tailored to the company’s requirements and are also being introduced at ODU’s production sites in Romania and China. This way, the company can ensure that it always has a sufficient number of ODU specialists working to maintain the top quality of ODU’s products around the world. The company is currently offering apprenticeships in nine different vocational areas: mechatronics technician, cutting machine operator, toolmaker, industrial mechanic, process mechanic, surface coater, technical product designer and industrial clerk. The latest apprenticeship to be introduced is that of metal technology expert, with a specialization in assembly technology. Further apprenticeships in the areas of warehouse logistics and external trade will be offered starting in 2019.

Construction of a new production facility began at ODU’s Romanian site in Sibiu most recent quarter. Up until now, ODU’s Sibiu production has been housed in two separate buildings in downtown Sibiu. The new building will bring the entire production under one roof. Around 440 employees currently work for ODU Romania Manufacturing. Over the past ten years, the site has grown into a successful center of excellence for cable and connector assembly.

ODU serves the North American market from its production site in Tijuana, Mexico. Distribution occurs from ODU’s logistics center in San Diego, California (USA). The company’s subsidiaries, ODU Shanghai Connectors Manufacturing Co. Ltd. and ODU Shanghai International Trading Co. Ltd., serve the Asian market. “Through our subsidiaries in Shanghai, we’ve managed to make a name for ourselves in Asia, too,” explains Woelfl, who predicts continued growth in all regions. ODU also plans on expanding its production facilities in Asia in the near future.

Today, ODU connectors are proving to be indispensable component parts for digital communication. The autonomous vehicle sector is characterized by communication and networks as well as a need for an increasing number of sensors and actuators. Technical requirements regarding data rates, high frequency properties as well as characteristics with electromagnetic compatibility (EMC) continue to grow. Without connector technology based on high quality connectors and cables, digitalization and industry 4.0 will simply not be possible. ODU is a leader in its field where its products are concerned, and is experiencing a steady increase in demand.

In 2017, the company celebrated its 75th anniversary. The mayor of Mühldorf, Marianne Zollner, presented a very special gift: news of the construction and completion of the flood protection along the river Inn. This means that the plans for 2018 are cut and dried in the truest sense of the word.

ODU is one of the world's leading suppliers of connector systems, employing some 1,850 people around the world. Aside from its company headquarters in Mühldorf am Inn (Germany), the ODU Group also has production sites in Sibiu (Romania), Camarillo (USA), Shanghai (China) and Tijuana (Mexico). ODU covers all relevant areas of expertise and key technologies around design and development, machine tool and special machine construction, injection, stamping, turning, surface technology, assembly and cable assembly. The ODU group sells its products globally through an international distribution network including eight subsidiaries in Denmark, England, France, Italy, Sweden, the US, China and Japan, along with numerous worldwide sales partners. ODU connectors ensure the reliable transmission of power, signals, data and media in a variety of demanding applications - in future-oriented growth markets such as medical technology, military and security, eMobility and energy as well as in established sectors such as test and measurement, automotive and industrial electronics.

ODU “Engineered in Germany” – a stamp of quality