SWR invests in the future with agile workflows

SWR is modernising workflows in its regional studios and will rely on Adobe CC 2020 and Helmut4 for central editing and media project management. 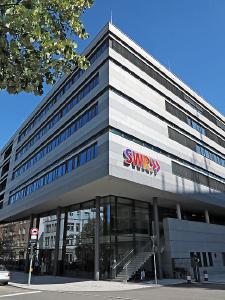 (PresseBox) ( Cologne, 22.06.21 )
The SWR broadcasting corporation boasts 12 regional studios and three broadcasting centres located in Stuttgart, Mainz and Baden-Baden. As a member of the ARD public service broadcasting group in south-west Germany, SWR produces state-wide programming for the German federal states of Baden-Württemberg and Rhineland-Palatinate. Moreover, in its role as an ARD member, SWR is also involved in collaborative television programming for various German channels. In SWR’s regional studios, the editing teams focus predominantly on preparing state- and region-specific programming and reports.

In addition to linear TV, online content and social media are gaining in importance. This has a direct impact on the formats produced as well as on technical requirements and working structures. A key priority for SWR is to create tailored solutions for the various distribution channels. At the same time, there is a clear need to standardise editing processes and establish centralised structures in order to optimise internal processes.

A system for all stakeholders in regional studios

As the project leader at SWR explains, “Adobe Premiere Pro is especially suitable as a central interface that allows all editorial and editing teams to collaborate with a single system. This enables edited cuts to be revised further in SWR’s professional post-production environment. This will become increasingly important in a future that involves division of labour.”

Five regional studios have been working with Adobe CC 2018 and Helmut3 from MoovIT in post-production for some time now. Alongside the editing capabilities for the editorial and editing teams, the automated project creation and management (HelmutFX) and the auto-import of media files (HelmutIO) made day-to-day operations significantly easier. Even though Avid-based systems are still used at SWR’s broadcasting centres, the decision to use combined Adobe-Helmut solutions in the regional studios has clearly proven successful – as now, SWR is taking the next step.

SWR has opted to migrate its technology to the latest generations of the Adobe and Helmut products: Adobe CC2020 and Helmut4. The key drivers of this decision included the open structures of Adobe and Helmut; decentralised, automated media control processes with centralised media management, and the latest solution’s on-location editing capabilities. Post-production in the regional studios has been uniformly expanded and automated during the successful transition phase.

Today,140 users and 10 administrators work with this uniform, highly-automated system.

All regional SWR institutions each have their own storage system to which the various teams are assigned. Helmut integration synchronises and coordinates working processes, while also providing greater flexibility for editorial and editing teams.

Helmut4 is now the ‘conductor’ of the entire system, orchestrating a range of Helmut components. HelmutFX automates project creation and management processes. HelmutIO handles auto-import (no transcoding) of media files at all SWR sites, with the ability to copy central high-resolution media to all sites if required. This ensures that teams can work with broadcast-ready material wherever they are situated. In addition, HelmutIO controls the export of files based on checkboxes and presets. Everything takes place in the background, without slowing down the editorial staff or the editing process as a whole.

With the migration, Helmut Cosmo and Helmut Housekeeper have taken on two new essential roles. Housekeeper ensures that centrally-stored media is stored in an orderly way. All files are indexed according to a logical system, so that Housekeeper can find, access, move or delete them. This enables centralised action with decentralised structures.

Helmut Cosmo acts as a database and can add media without opening or amending Premiere projects. Media is imported in the background while the editor does their work, meaning that editorial and editing teams can work on a project in parallel.

Seven regional studios and the three broadcasting centres have been hooked up to the central Helmut4 system to date, with the other regional studios set to follow. A total of 140 users and 10 administrators have been working with this system since mid-September. Once the final stage is complete, about twice as many users and admins will be connected via one system and a single central database.

SWR technicians are responsible for configuring workflows for their colleagues. Helmut’s toolbox concept offers the potential to develop workflows and design interfaces. This means that the technicians can work without the support of external service providers and can respond directly to the requirements and wishes of their colleagues. They are the system’s experts and can therefore respond quickly and flexibly whenever needed.

Powered by Helmut4 project management software, workflows at SWR are becoming more secure, more user-friendly and faster. Helmut4 allows both technicians and users to develop the desired workflows independently. They can respond to the needs of their colleagues and define solutions, while the automated, agile processes ensure that users do not have to worry about the technology itself. As a result, the editing teams can concentrate fully on creativity and their core tasks.

The autonomy of the various organisational units in each region is strengthened by standardised workflows, while central support and communication processes are simplified.

The designers of SWR’s technical infrastructure face the challenge of meeting the needs of multiple user groups that deliver content for TV, online, on-demand and social media formats – and all with a single, standardised system:
Both sectors are growing, and they have diverse requirements that may arise at short notice, which must be met using the same technical infrastructure. The system must therefore be user-friendly, flexible and centrally organised in order to provide all channels and all sites with the same media and editing capabilities.

Economic efficiency, division of labour and format independence are the strategic drivers and goals when developing technical workflows. Against this background, the mid-term objective is to create a standardised, fully aligned workflow using Adobe and Helmut, with a centralised MAM link to the broadcasting centres. This will ensure uniform, future-proof workflows across the organisation and throughout the entire system.

MoovIT provides video and IT solutions for broadcasters and organisations of all shapes and sizes.

The company, headquartered in the Schanzenviertel district of Cologne, specialises in the development and support of workflows for all aspects of post-production, news and archiving at the interface between video and IT. MoovIT leverages particular expertise in the field of technical solutions for sports reporting. In addition, the company develops web-to-video solutions, localisations, remote editing systems and video hosting products used by organisations across a highly diverse range of industries.

In short, MoovIT is the perfect partner for worldwide support, managed services, software, hardware and integration solutions that accelerate and streamline processes - what we call WORKFLOW IN THE FLOW.

Less is more: Video editing with Adobe Premiere Pro for everyone.

Pressemitteilung SWR invests in the future with agile workflows weiterempfehlen