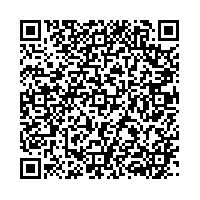 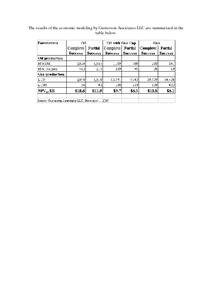 (PresseBox) ( Baar, 18.11.08 )
Manas Petroleum Corporation announces both the results of report on the Economic Evaluation and a report on the revised volumetrics for Manas Petroleum's Albanian blocks A, B and D,E. Both reports provide independent evaluations prepared by Gustavson Associates LLC
( Boulder , CO ) and are effective as of November 1st 2008 .

The revised volumetric report confirms an estimated 2.97 billion barrels (P50) resource potential in 8 prospects as analyzed in the first report published on January 10th, 2008 . Additionally, the revised report describes an additional 9th prospect increasing the total resource estimate to 3.03 billion barrels (P50). The volumetric report is compliant with National Instrument 51-101 "Standards of Disclosure for Oil and Gas Activities" ("NI 51-101"). An economic model for the nine recognized prospects was built upon the most likely P50 resource estimates to calculate the Net Present Value 10 (NPV10) for three technical cases: (1) oil with associated gas, (2) oil with gas cap, and (3) gas with condensate. An oil price of USD50/Bbl and in the gas case a conservative estimate of the gas price of USD2.50/MCF was used.

The report considers three success cases: full success, a partial success and non commercial success scenario was evaluated for each of the three technical cases. The comprehensive report analyzed PSC and fiscal terms, regional infrastructure including a newly built terminal in the port of Durres, regional energy markets (around 100% growth in last 10 years) and possibilities to connect via the Trans-Adriatic Pipeline (TAP) to the European Oil and Gas markets. Cost estimates were provided by contractors for drilling, pipeline construction and related infrastructure. As a final economic result Gustavson calculates a NPV10 for a partial success of the oil case of USD11.9 billion (USD18.6 billion complete success), for the oil with gas cap of USD6.3 billion (USD9.7 billion complete success) and for the gas case of $6.1 billion (USD10.8 billion complete success). The capital expenditures in the total failure scenario are calculated as USD67 million.

Gustavson estimates the oil and gas rates for each of the prospects based on flow rates from the nearby Cacran field and the Occidental Spiragu-1 well test rates in Block 2 (Block 2 is adjacent to block E and was recently awarded to Manas). The report assumes that only two rigs are used concurrently to explore, appraise and develop all opportunities. "Therefore," the report summarizes" the economics or NPV10 in this report is considered to be conservative".

The economic report also includes a comprehensive risk assessment of the project. The authors point out that there is "considerable uncertainty about the outcome of the project" and the NPV10 "range of results should be viewed as an indication of the uncertainty of the success". However, the authors state that "This project is very attractive from an exploration perspective ...the overwhelming risk in these prospects is in the interpretation of these complex structural plays and the presence of reservoir quality Ionian carbonate. The structural risk may be mitigated by the acquisition of new seismic data and the reprocessing of the old seismic data". Manas has recently finalized the first part of 600 km 2-D new seismic and is preparing for the second part in Q2 2009.

The resources reported here have been estimated by Gustavson in accordance with resource definitions from the Canadian Oil and Gas Evaluation Handbook, the standard called for in the Canadian National Instrument 11/01/2008 3-2 Gustavson Associates 51-101 Oil And Gas Resource Reporting Guidelines. The estimates are also in accordance with the resource definitions in the recent "Petroleum Resources Management System," issued by the Society of Petroleum Engineers and the World Petroleum Congress in March 2007. The National Instrument requires disclosure of specific information concerning prospects, as will be provided in the report.

Financial and Operations Update For the Year Ended December 31, 2010