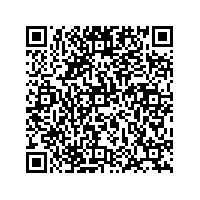 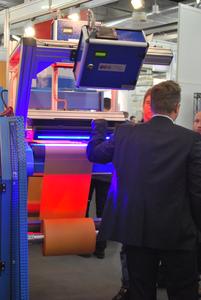 (PresseBox) ( St Albans Herts, 04.12.09 )
The 6th International Converting Exhibition ICE Europe ended with record numbers of visitors, exhibitors and floor space. From 24-26 November 2009, a total of 5,350 trade visitors from 63 countries were able to discover a wide range of innovative products and services for paper, film and foil converting at Munich’s M,O,C, exhibition centre. Compared with the previous event, this represents an increase in visitor numbers of 27%. 329 exhibitors from 21 countries – a 20% increase in exhibitor numbers - and a 30% increase in floor space made this year’s ICE Europe the biggest event ever.

“These are of course very positive results. We want to congratulate our exhibitors and visitors for this great success,” says Nicola Hamann, Exhibition Director ICE Europe 2009. “There was lively trading activity throughout the halls for the entire duration of the show and the mood was buoyant. Converting professionals are starting to have a more positive outlook again.”

“We are particularly delighted to be able to announce such excellent figures for ICE Europe 2009, which was the first ICE exhibition organised by our company,” adds Stephen Brooks, Chairman Mack Brooks Exhibitions. “In difficult economic times, when most trade shows are declining by 5, 10 or even 20 per cent, it is remarkable that ICE Europe should have achieved such growth in visitor numbers in 2009.”

A first visitor analysis shows that ICE Europe 2009 was a highly international trade show. 45% of the exhibitors and 43% of the visitors came from outside Germany. 73% of the non-German visitors came from other EU countries and regions, with a majority coming from Italy, Austria, the UK, France, the Benelux, Scandinavia and Poland. 18% were visitors from other European countries, mainly from Switzerland, Russia and Turkey. The Middle East, Asia and the Americas were also represented with some 3% of visitors coming from each of these regions.

Major industry sectors represented by visitors were package printing, textiles and nonwovens, the automotive and the electronics industries. The exhibition categories visitors were primarily interested in were coating and laminating, slitting rewinding, accessories, control and measurement, materials and finishing technology.

A first analysis of the exhibitor survey shows that an absolute majority of participating companies were highly satisfied with the results of the exhibition. They praised the high quality of the trade visitors and stated that they had made a large number of first time business contacts with visitors from new industry sectors. Most of this year’s exhibitors are already planning their participation at the next ICE Europe, which will take place from 22 -24 November 2011, in Munich.

Next year’s ICE events for the converting industry organised by Mack Brooks Exhibitions are ICE Asia, from 17-19 March 2010 in Shanghai, China; and ICE South America, from 4-6 August 2010 in São Paulo, Brazil.

In addition to next year’s ICE events in major growth markets for the converting industry, the organisers have now announced a new ICE event in the USA. Mack Brooks Exhibitions has lately acquired the CMM brand, but decided not to continue promoting this brand. CMM will be replaced by ICE USA. The first event will take place from 6-8 April 2011 at the OCCC Orlando, Florida.

Information on the ICE International Converting Exhibitions is available at www.ice-x.com