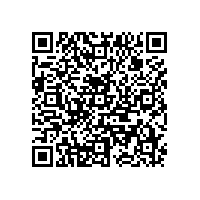 Successful year with many changes

News abonnieren
(PresseBox) ( Luzern, 17.01.18 )
The SWISS KRONO Group, headquartered in Lucerne, Switzerland, can look back on a successful year: the engineered wood manufacturer and the world’s largest producer of laminate flooring succeeded in raising its consolidated net sales in the past financial year as of 30 September 2017 by 4 percent to CHF 1.83 billion (1.56 billion euros). The plants in Poland and the Ukraine boosted their output to record levels.

Difficulties with the supply and quality of the important production component PMDI and the resulting reduction in the availability of OSB were particular factors that prevented sales rising further.

The Group which is controlled by the Chairwoman of the Board of Directors Ines Kaindl from the second generation of the family following the death of Ernst Kaindl in the spring of 2017, is now preparing the way for growth. Martin Brettenthaler who has been managing the Group as its CEO since 1 October 2016, is pursuing ambitious targets with the Executive Committee and Site Managers: “We aim not only to maintain our position but to expand it — and last year we made some important strategic decisions to set the stage for this to happen. Our sound industrial and financial base will enable us to take further major steps in the near future which we will specify in detail in the coming months.”

The Chairman of the Executive Committee has also made personnel changes: “Investments in plants will secure us a competitive edge, while investment in people will secure our future”, states Brettenthaler with conviction. For example, Beat Stebler has been appointed to the Executive Committee as the new Chief Financial Officer. The 49-year-old’s previous post was as CFO at Habasit AG, a globally active industrial company in Switzerland. At the same time, the remit of Max von Tippelskirch who was previously serving on the Executive Committee as Chief Marketing Officer (CMO), has changed: as the Chief Strategic and Communication Officer (CSCO), he has now taken on the role of driving the further strategic growth of the Group. The post of Chief Sales and Marketing Officer (CSMO) which has also been newly created, will be filled soon. The technical domain on the Executive Committee which is the remit of our Chief Technical Officer Roland Kovacic, has also been restructured: it has now been divided into the four main areas of Benchmarking, Engineering & Investment Management, Industrial Procurement as well as Technology and Research & Development (R&D). This will enable SWISS KRONO which has hitherto been very decentralised in its structure, to also exploit its advantages as a Group in terms of synergy effects and know-how in the technical domain.

Prof. Dr. Joachim Hasch is in charge of the Technology and Research & Development area. Previously he spent many years as the Technical Managing Director of the facility in Poland. Among other things, he is therefore responsible for the Group’s entire innovation management.

The position of Head of Eastern Markets has also been newly established, reporting directly to the Executive Committee. This role will be taken on by Dr. Marcin Luty in addition to his function as Managing Director of the subsidiary in Hungary.
“This step is intended to generate fast, sustainable growth at our locations in Hungary, Russia and the Ukraine, and to facilitate a coordinated procedure for future investments and projects”, says CEO Brettenthaler as he explains the background to the new structure.

The Legal and IT Department has been added to the previous Group Function sphere of Personnel & Organisation. This domain is managed by Marc-Oliver Möller who joined the SWISS KRONO Group in March 2017 as Head Group HR, Organisation, Legal & IT. The 49-year-old previously held a managerial position in Corporate HR with the world’s largest manufacturer of building materials LafargeHolcim. As this is a central function, he reports directly to the CEO. Bernhard Brumeisl, Head Decor & Paper Management SWISS KRONO Group since August 2017, also reports directly to the Executive Committee. Among other duties, he bears the overall responsibility for the Group’s product and decor management in the area of furniture panels and laminate flooring as well as for defining and implementing standards in paper management.

The latest addition to the Group is Erik Christensen. He has been the new Site Manager of the US plant in Barnwell, South Carolina, since 24 October 2017. Christensen joins from Hansgrohe, a German manufacturer of high-quality bathroom fixtures for whom he worked as Managing Director for North America for the last three and a half years.

“These highly qualified employees have shown within a very short space of time that they have understood and embraced the values of the SWISS KRONO Group”, says Martin Brettenthaler who is delighted that the Group has maintained its promising course under his management. 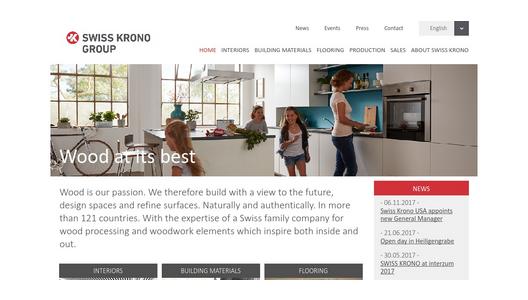 The SWISS KRONO Group based in Lucerne, Switzerland is one of the world’s leading manufacturers of engineered wood products, specialising in sustainable and innovative solutions in three categories: Interior, Flooring, and Building Materials. Originally founded in 1966 as a family firm, today it counts 4,500 staff around the globe and production facilities at ten locations in eight countries. The SWISS KRONO Group has always has a strong commitment to offering top-quality, environmentally friendly products: Wood at its best!

Review of interzum 2019: Successful presentation of the “ONE WORLD of living spaces” interior product world