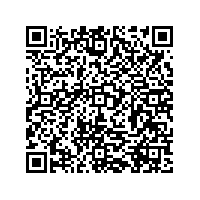 Inauguration of the New SWISS KRONO Plant in Hungary 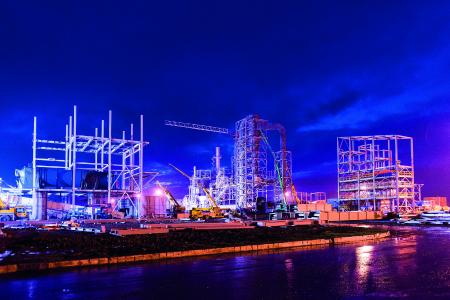 (PresseBox) ( Luzern, 26.10.16 )
Work to build the new SWISS KRONO plant, which is injecting new life into the former Interspan site in Vásárosnamény in north-eastern Hungary, began in the autumn of 2015. And now it is rapidly approaching completion, which will be celebrated on November 9, 2016 with the plant’s official inauguration by the President of the Supervisory Board of the SWISS KRONO GROUP, Ines Kainl, together with Hungary’s Minister of Foreign Affairs and Trade, Péter Szijjártó, in the presence of numerous invited guests from the worlds of politics, business and culture.

The heart of the new Hungarian plant is a state-of-the-art ContiRoll® press that churns out a new product called SWISS KRONO OSB bright. It is an OSB board with light-coloured, decorative surfaces that are so attractive that they can be used to good effect in classy building interiors without the need to finish or coat them. It will initially be supplied to Hungary and neighbouring countries. This launch marks SWISS KRONO’s return to manufacturing products in the region. The next step will be to tap and develop new markets in western and south-eastern Europe and, for meeting special needs, in Asia as well. OSB is used more frequently for decorative purposes in China than in Europe. And SWISS KRONO OSB is ideally suited for applications of that kind. To meet special requirements in the Japanese market, the plant in Hungary is also able to produce SWISS KRONO OSB with anti-slip surfaces.

The first production trials for SWISS KRONO OSB bright took place back in June 2016. The product has already received CE certification and is manufactured in compliance with DIN EN 13986 using only completely formaldehyde-free bonding resins. Owing to its good-looking, light-coloured surfaces, it not only lends itself for classic constructive uses but is also excellently suited for exposed decorative applications in building interiors.

SWISS KRONO OSB bright owes its lovely hue to the use of wood harvested by thinning forests consisting of trees belonging to Populus species. Its emissions are extremely low, which also permits its use in sensitive, highly demanding applications. Besides being sturdy enough for loadbearing purposes, the boards also boast compressed, water-repellent ContiFinish® surfaces and are therefore suited for use in moist rooms and areas. SWISS KRONO OSB bright is also optionally available embossed with a diamond pattern for greater traction, which improves safety when it is used on roofs etc.

Here’s an overview of the possible uses for SWISS KRONO OSB bright:
The New Plant

Under the supervision of Dr Matthias Iredi, the Managing Director of SWISS KRONO Te AG responsible for the construction project, during the last nine months as many as 1600 builders and installers have been working all out with scarcely a break to bring the former particleboard plant back to life in a new incarnation. Hendrik Hecht, Managing Director and the project’s initiator, is tickled pink by the production launch of SWISS KRONO OSB bright, calling it “a genuine and truly promising alternative that is granting our Hungarian site a new lease on life.”

The Hungarian plant is the world’s most advanced of its type, and is also the very first to be equipped with the latest generation of Siempelkamp machines. It is the fourth OSB plant that SWISS KRONO has contracted the manufacturer on the Lower Rhine to build. The company worked with Sicoplan, Siempelkamp’s Belgian subsidiary, to plan it. The Generation 8 ContiRoll® press excels with outstandingly precise pressure distribution, which optimises the use of resin and wood. It is installed together with a lightweight board package. Active lifting of the upper heating plate by extra differential cylinders results in special longitudinal and transverse pressure profiles, which permits the production of very lightweight boards. Prod-IQ®.maintenance and Prod-IQ®.quality control systems, together with special automation technology, ensure a high level of cost-effectiveness.

“We’re going to use our leading-edge ContiRoll® plant to produce SWISS KRONO OSB bright in an endless process. This will let us meet our customers’ high quality expectations while boosting the overall production volume of the SWISS KRONO GROUP from its current level of about 1.5 million cubic metres by a fifth,” stresses Managing Director Barnabás Seregi of SWISS KRONO Hungary. 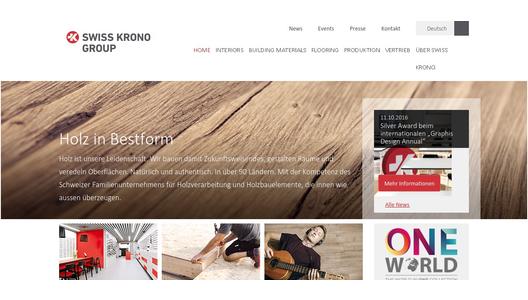 With its roots in the firm of Kronospan founded by Ernst Kaindle in Menznau, Switzerland in 1966, today the SWISS KRONO GROUP has more than 4500 staff and ranks amongst the world's leading producers of engineered wood products. In the 2014/15 business year, the Group achieved turnover of CHF 1.8 billion. Its proprietors and employees share a strong commitment to achieving and ensuring cost-effectiveness, an uncompromising focus on quality and a pro-environment orientation. The SWISS KRONO GROUP based in Lucerne, Switzerland manufactures modern, eco-friendly products from wood, a renewable raw material, and takes a long-term, proactive approach to running its business activities.

Review of interzum 2019: Successful presentation of the “ONE WORLD of living spaces” interior product world