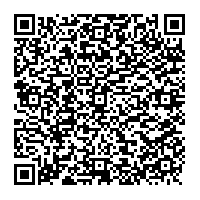 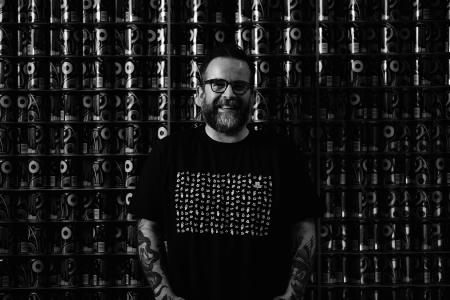 (PresseBox) ( Dortmund/Huddersfield, 04.07.19 )
Since its launch in 2017 the KHS Innofill Can C can filler has successfully established itself on the market. Over 30 craft brewers worldwide are already benefitting from this new development from KHS. The Innofill Can C is designed for low to medium outputs depending on the can size, enabling between 10,000 and 40,000 cans to be filled per hour. In addition to quick commissioning and maximum hygiene the system is convincing with its exceptionally low oxygen pickup and faster format changeovers. Magic Rock in West Yorkshire is just one example of the successful reception it has had to date.

In their search for great taste and exotic alternatives, for a number of years now British consumers have been distancing themselves from the traditional lager brands. Craftsmanship and premium products are finding increasing favor on the British beer market. This is backed up by a study carried out by Euromonitor International in 2019, for instance. It is also a development Magic Rock helped pioneer and is now profiting from. Thanks to the great demand for craft beer the brewery from Huddersfield in West Yorkshire recently extended its production facilities to include a KHS Innofill Can C can filler. With its 21 filling and three seaming stations the can filler has enabled the company to quadruple its previous output. “Crafted beers like the ones we produce have a good reputation and stand for quality. With the Innofill Can C we can guarantee the desired quality,” says Duncan Sime, manager of Retail, Media and Events at Magic Rock, explaining why the business procured its KHS machinery.

According to the Brits, their beers are characterized by their vibrant taste and attention to detail. In order to meet their own requirements, the brewery regularly modernizes its machines. Their investment in the KHS can filler, convincing with its modern technology packed into the smallest of spaces, is just one logical consequence of this. Magic Rock was able to integrate the system into its existing line without the need for any elaborate installation measures and commission it in the shortest possible time.

High demands made of hygiene and product quality
Making and filling beer is an art in itself – even more so for craft brewers like Magic Rock who make beers which are unpasteurized. During production the amount of oxygen pickup must be extremely low; at the same time the demands made of hygiene and product quality are very high. All of these criteria are fully met by the Innofill Can C. The bells on the filling valves are sealed without gaps by PTFE expansion joints. This does away with the need for the external water lubrication system usually required. The entire system is designed to ensure an extremely high standard of hygiene. At the same time cleaning is also considerably eased and optimum product quality obtained. For example, a super hoppy beer still tastes amazing many months after canning.

Wide range of products without flavor carryover
At the time of writing Magic Rock makes 15,000 hectoliters of beer per year and exports to 25 countries. “True to our motto of ‘same but different’ we offer our customers not only a distinctive core range but an ever-changing lineup of craft beers with an innovative, quality-driven approach,” Sime confirms. Whether IPA, pale ale or Surreal Stout, the brewery’s large assortment of beers is its unique selling point. This was also a reason why the brewers opted for the KHS can filler. The Innofill Can C is designed to allow flexible format setups and quick product changeovers. At the same time the computer-controlled, volumetric filling system ensures uniform fill levels and thus achieves a high filling accuracy when processing the 330- and 500-milliliter cans.

Economy plus sustainability
“With our compact can filler Magic Rock hasn’t just secured itself an economic advantage but an ecological one as well,” states Andy Carter, director of Sales UK & Ireland at KHS. Because of the patented purging process during filling this system has both extremely low oxygen pickup and low CO2 consumption. And last but not least, Carter adds, aluminum cans are one of the most widely recycled materials in Great Britain.

KHS GmbH manufactures modern filling and packaging systems for the high-capacity range at its headquarters in Dortmund, Germany, and at its factories in Bad Kreuznach, Kleve and Worms. The group's PET expertise is pooled at KHS Corpoplast GmbH in Hamburg, Germany, where innovative PET packaging and coating systems are developed and produced. NMP Systems GmbH based in Kleve in Germany designs and markets new, resource-saving packaging systems. KHS is a wholly owned subsidiary of the SDAX-listed Salzgitter AG corporation. In 2018 the KHS Group and its 5,081 employees achieved a turnover of around €1.161 billion.