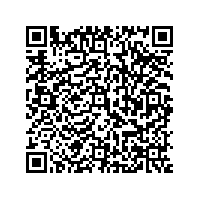 Customers give the software company an outstanding testimonial on its anniversary

(PresseBox) ( Neu-Isenburg, 21.10.20 )
Just in time for the company anniversary, KGS Software GmbH successfully launched the new archiving brand tia® and is highly pleased about an NPS (Net Promoter Score) of 57 points, which has just been established in a customer survey.

On a scale of minus 100 to plus 100, the published values of other technology market participants range from minus six to plus seven. With an NPS of plus 57, KGS has recently achieved what is considered an excellent score. In light of the other survey results, which draw a more differentiated picture, the positive evaluation by customers becomes even more strongly apparent.

87 percent of the customers surveyed chose the highest or second-highest score when rating the quality of KGS products. These high satisfaction values go hand in hand with the appreciation expressed for the customer support and SAP expertise of archive provider KGS. In the context of archiving, the respondents attached particular importance to the topics reliability, services and support.

At the time the company was founded 20 years ago, paper-based archives were still commonplace. Today, however, digital archiving has become the new standard. Autonomous archiving now takes this technology to a new level: The future of document storage makes archiving transparent, economical and independent. Moreover, companies can now set up a “headless” Single Point of Truth (SPoT) – a place for documents that does not require a user frontend of its own. As is underscored by the tia® archiving solution, KGS is a key innovator in the field of archiving, in particular when it comes to handling documents and data in an SAP context.

“From day one, KGS scored highly with customers by providing pure, reliable archiving – or the “lean archive,” as we call it,” says Benjamin Schröder, Head of R&D at KGS. “In times of digital transformation, we can now deepen this sharp technological profile by providing features such as auto suggestions for the  deletion of precisely those documents that take up storage space even though they are no longer needed, as determined based on various criteria.” Winfried Althaus, CEO at KGS, added: “Today, we are witnessing an even greater market dynamic than ever before. I am convinced that it will not be long before autonomous archiving becomes the default technology.”