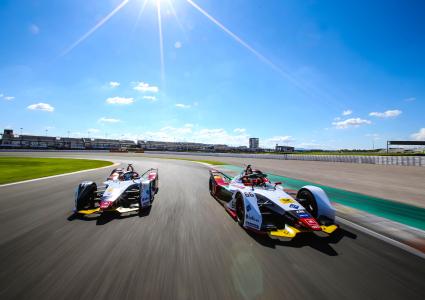 (PresseBox) ( Rülzheim, 10.01.19 )
A new powertrain, active brakes, a more powerful battery and special rules – the fifth Formula E season is posing some electrifying challenges for drivers Daniel Abt and Lucas di Grassi and ITK Engineering, a development partner of the Audi Sport ABT Schaeffler team. The interaction between the driver and in-vehicle software has to be flawless in Formula E racing, where teams compete without the benefit of live data transmission. This is why pre-development is a make-or-break factor for road performance. And that is something that racers and street-legal e-cars have in common. Formula E racing provides the perfect platform for ITK Engineering’s efforts to improve software development for production vehicles with eco-friendliness, efficiency, economy and sustainability in mind.

This season’s Formula E rules feature several new twists: The pit stop has been abolished. The race distance is now measured by time rather than in laps. And the new ‘attack mode’ gives drivers a brief-but-powerful burst of power to overtake or keep rivals at bay. “This has a major impact on the power strategy for our drivers Daniel Abt and Lucas di Grassi and on the software development for their Audi e-tron FE05. New systems such as a stronger battery and the active braking system have to be integrated into the software for peak performance,” says Sven Wergandt, Motorsport Program Manager at ITK Engineering.

Newly developed algorithms serve to store the strategies and the power distribution mapping calculated before a race on the vehicle’s control unit. Then they have to adapt to the given road conditions in real time. “There is no telemetry from the car to the pit in Formula E. That’s why software has to work as autonomously as possible. The driver and vehicle are on their own, particularly when it comes to power distribution,” says Wergandt by way of explanation.

From the race track to the assembly line

Virtualization and simulation tools help adapt to changing requirements on the fly even without empirical data from the race track, and meet the loftiest standards for quality, traceability, test coverage, and documentation. “Formula E is an R&D development lab where major manufacturers and technology companies such as ITK Engineering can make strides towards eco-friendliness, efficiency, economy and sustainability, and carry these advances over to production vehicles. As software developers, we take a keen interest in Formula E because it lets us put all our know-how to work,” notes Wergandt.

Dieter Gass, head of Audi Motorsport, ads: "To be successful in Formula E, many details and far more than just the fastest car in the field matter. Efficiency, recuperation, strategy and battery management – powertrain and software have to smoothly interact so that our drivers are able to rely on their Audi e-tron FE05 one hundred percent. That’s the key to success in this racing series. In ITK Engineering, we’ve been enjoying the support of an experienced partner for many years – not only in terms of creating the software but also with regard to its permanent tuning and further development.” 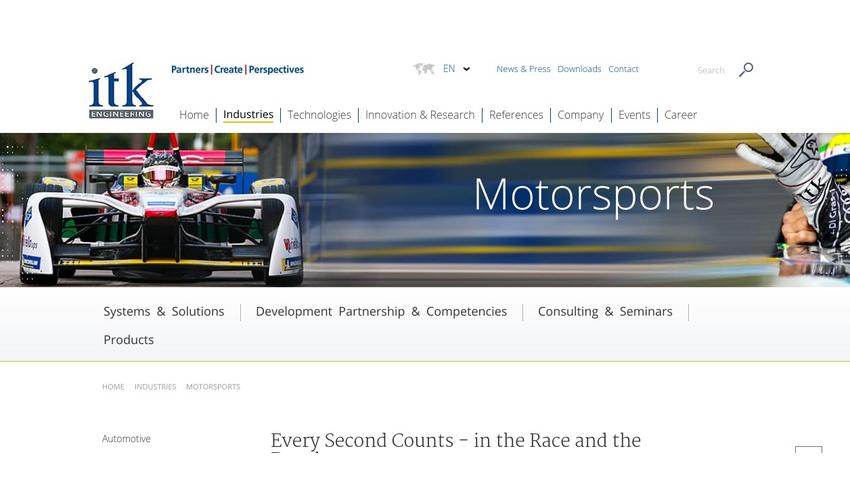 ITK Engineering GmbH was established in 1994 as "Ingenieurbüro für technische Kybernetik" and is an internationally operating technology company with customers in the automotive and aerospace industries as well as in building and medical technologies, motorsports, robotics and transportation. In addition to tailored technical consulting and development services, the company offers turn-key systems in the fields of software engineering, embedded systems, model-based design and testing as well as control systems design and signal processing. With a staff of 1,200 associates, ITK is headquartered in Rülzheim (Palatinate) and has nine branch offices in Germany. In addition, ITK is represented in the USA, in Japan, Spain and Austria. Worldwide, 1,300 associates are working for the engineering partner. Since 2017, ITK Engineering is a 100-percent subsidiary of the Robert Bosch GmbH.