EMEA Purpose-Built Backup Appliance Market Revenue at $217.5M in 3Q15, According to IDC

"Growth in the EMEA PBBA market declined in the third quarter of 2015 due to euro/dollar exchange rate headwinds, a slowdown in emerging markets, and the gradual move from hardware-centric PBBA on-premises to hybrid/gateway systems," said Jimena Sisa, senior research analyst, European Storage, IDC. "Organizations are starting to assess cloud deployments, whether they be backup as a service or a hybrid appliance in order to reduce cost, improve response time, and make the business more agile."

Sisa said the weak performance of the Western European market this quarter, at -1% in vendor revenue, was mainly due to declines at some of the major players. The overall capacity in EMEA increased 9.5% to 199 petabytes, with Western Europe accounting for 69% of the total. PBBAs are the most popular products used by organizations seeking to meet their backup and data protection requirements, said Sisa.

"Central and Eastern Europe, the Middle East, and Africa [CEMA] PBBA revenue declined 11.2% year over year to $58.8 million in the third quarter of 2015," said Marina Kostova, senior research analyst, Storage Systems, IDC CEMA. "This trend was seen in both subregions, Central and Eastern Europe [CEE] and the Middle East and Africa [MEA], owing to a general business weakness at some major storage vendors in the region which also affected their PBBA portfolios, as well as project delays in the government sector and in some other major verticals. However, with cloud-based backup solutions still having only a negligible presence, the majority of PBBA vendors recorded stable growth and expanded their customer base in the region." 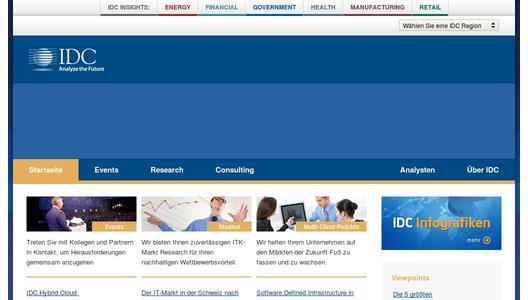 International Data Corporation (IDC) is the premier global provider of market intelligence, advisory services, and events for the information technology, telecommunications, and consumer technology markets. IDC helps IT professionals, business executives, and the investment community to make fact-based decisions on technology purchases and business strategy. More than 1,000 IDC analysts provide global, regional, and local expertise on technology and industry opportunities and trends in over 110 countries worldwide. For more than 50 years, IDC has provided strategic insights to help our clients achieve their key business objectives. IDC is a subsidiary of IDG, the world's leading technology media, research, and events company. You can learn more about IDC by visiting www.idc.com .

IDC defines a purpose-built backup appliance (PBBA) as a standalone disk-based solution that utilizes software, disk arrays, server engine, or nodes that are used for a target for backup data and specifically for data coming from a backup application (e.g., NetWorker, NetBackup, TSM, and Backup Exec) or can be tightly integrated with the backup software to catalog, index, schedule, and perform data movement. The PBBAs are deployed in standalone configurations or as gateways. PBBA solutions deployed in a gateway configuration connect to and store backup data on general-purpose storage. Here, the gateway device serves as the component that is purpose built solely for backup and not to support any other workload or application. Regardless of packaging (as an appliance or gateway), PBBAs can have multiple interfaces or protocols. PBBAs can also provide and receive replication to or from remote sites and a secondary PBBA for disaster recovery (DR).

IDC's Worldwide Quarterly Purpose-Built Backup Appliance Tracker provides vendor share, market size, and forecasts for purpose-built backup appliances. IDC provides key market insights and growth for vendors active in the PBBA market and for those looking to introduce new products into the market. Revenue and capacity for disk systems behind PBBA gateways are included in the PBBA market sizing and in the forecast. Some PBBA solutions integrate the data movement engine (backup application) with the appliance, while others serve only as a target for incoming backup application data. Both solutions are included in the PBBA market sizing, although segmentation between the two product categories is provided.

Acceleration of Mobility and Gaming Devices Will Drive the Market in Western Europe During the Next Four Years, says IDC