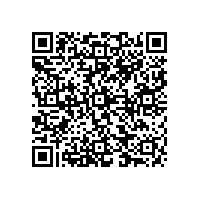 (PresseBox) ( Lisbon, 20.09.17 )
There is plenty of good news to report from this year's International Congress for Battery Recycling ICBR in Lisbon. According to the findings of a recently conducted survey, the majority of participants sees both the current situation and the business outlook in a favourable light. In particular, industry representatives are satisfied with the volumes being generated and the majority also view the current economic situation as positive. The synopsis is based on a questionnaire arranged by the ICBR Steering Committee among the participants of the annual ICBR industry meeting. The results are summarised in the "Industry Barometer ICBR 2017" for the battery recycling sector, which was published for the first time at this year's congress in Lisbon. Although the results are not representative, they do meaningfully reflect a consensus of opinion across the sector. Details of the results of the survey are available at www.icm.ch/icbr-2017.

Among others, participants at the ICBR 2017 were asked to evaluate current business activity – with regard to both volumes being generated and the business situation as a whole. Above all, the questionnaire shows that participants are largely satisfied with current market volumes:
The results of the questionnaire regarding the current economic situation were also good, albeit with some reservations:
Participants stated pressure on treatment fees as part of the reason for their assessment of the situation. Further factors named as having an impact on business were transportation costs, the prices of raw materials, and the changing composition of end-of-life batteries.

Moreover, the findings of the questionnaire suggest that the business situation is likely to continue improving in the future. When asked about trends going forward, questionnaire responders were highly optimistic about volumes likely to be generated:
The outlook for the future economic situation is also optimistic:
Participants were also asked about the factors that impact their business situation and outlook either positively or negatively. Here, the transportation and treatment of lithium-ion batteries play a significant role. Many actors are concerned about the low return rate of end-of-life lithium-ion batteries and the increasing amount of red tape involved. On the other hand, the growing importance of electric mobility and the development of raw materials prices are having a positive influence.

One of the points criticised by questionnaire responders was the lack of harmonised legislation aimed at creating a level playing field for all market participants. The simplification of cross-border waste shipments is also a point of contention.

"The findings of the questionnaire show that further efforts are needed to strengthen the positive mood prevailing in the battery recycling sector," said Jean-Pol Wiaux, Chairman of the ICBR Steering Committee, in conclusion. "Furthermore, the results clearly point out that, above all, electric mobility will be one of the main topics driving the future of our industry. We will continue to follow this trend closely, just like all other factors that have an impact on battery recycling."

ICM AG is an internationally leading congress organiser that specialises in the field of recycling. With a total of four congresses each year, ICM covers major topics that impact the circular economy, primarily focusing on the recycling of electrical and electronic goods, end-of-life vehicles, and batteries. The congresses are held alternately in various countries of Europe, in North America, and in Asia. You can find an overview of ICM's upcoming congresses at www.icm.ch.

Looking at the bigger picture