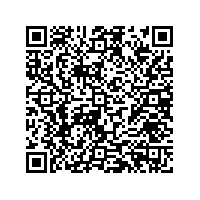 The Hanau-based Heraeus precious metals and technology group finished financial year 2013 with satisfactory results despite some lower numbers. This was announced by the Heraeus Holding GmbH Board of Management at a press conference on annual results held in Frankfurt on May 8. The slowing pace of growth in China - an important market for Heraeus - combined with continued market uncertainty in Europe and the United States as well as lower precious metals prices to depress revenue and earnings for the Heraeus Group again this past year. Heraeus had total product revenue of €3.6 billion (10 percent less than in 2012). However, this outcome was greatly influenced by precious metals price effects. Adjusted for these effects, revenues for 2013 show a slight increase, up by 2 percent over the previous year. Weak industrial demand for platinum, gold and silver pulled precious metals trading revenue down to €13.5 billion (-16 percent).

Operating results (EBIT) fell by 29 percent, ending at €256 million. This was mainly attributable to continued stagnation in the photovoltaics market, one-time effects of restructuring measures, and expenditures for the IT-based Magellan process harmonization program. By contrast, the annual result for the Heraeus Group was distinctly positive, at €454 million (+92 percent over 2012). This increase reflects proceeds from the sale of the Heraeus Dental business group during the past financial year.

"Heraeus was not entirely immune to the fairly restrained macroeconomic environment of the past year, although the significant declines in product revenue and operating results are largely attributable to lower precious metals prices and one-time effects," said Jan Rinnert, chairman of the Heraeus Holding GmbH Board of Management in summary. "Given this background, we feel a certain level of satisfaction with financial year 2013, but we are planning on significant growth in the future.""

Investments at a high level

Investments in property, plant and equipment totaled €141 million in 2013, again significantly above the prior year's level (2012: €126 million). A majority of the funds were invested in construction of new production sites in Southeast Asia, China and Eastern Europe.

In addition, Heraeus strengthened its position through several targeted acquisitions during the past fiscal year: The specialty light sources business group acquired the Fusion UV Systems group, an American firm, to expand its technology portfolio in the area of UV light generation. The combined portfolio of technologies includes a range of UV generation methods that will make new applications possible. In addition, the precious metals business group took over the solar paste business of the USAbased Ferro Corporation. The former Ferro activities were integrated into the existing Heraeus photovoltaics activities.

In financial year 2013, the Heraeus Group also divested: On June 30, the dental products business group (Heraeus Kulzer) was sold to the Japanese firm Mitsui Chemicals, mainly because the global dental market has made a fundamental shift away from the Heraeus Group's core business, precious metals products.

"In 2013, we made key decisions to set a new course. These included the strategic realignment of certain business groups, as well as our acquisitions and the disinvestment," Jan Rinnert explained. "At the same time, as in previous years, we invested in attractive growth markets in important regions.""

Innovation and employees are the basis for success

As of December 31, 2013, Heraeus employed a workforce of 12,454 worldwide. This represents a decrease of 1,161 employees, or 9 percent, from the year before, and essentially reflects the sale of the dental division.

Innovations are of great importance at Heraeus, as evidenced by the current tally of more than 5,200 patents and patent applications. In financial year 2013 alone, 110 new basic patents were added, with each patent filed in four to five countries or regions on average. The Group invested some €86 million in the development of new products and technologies.

Seeding future growth, Heraeus will invest even more heavily in research and development. "We aim to better anticipate future trends," said Rolf Najork, COO and member of the Heraeus Holding Board of Management. "To continue our success, we are developing a technology roadmap that fits our customers' product plans. And we are increasingly doing this on a Group-wide basis." The plans focus on interesting future markets, such as renewable energies.

Developments vary among business groups Again in 2013, results varied among the Heraeus Group's business groups, in part considerably. Positive stimulus came from the demand for medical components, packaging technologies for the automotive industry, and sensors for steel production. The markets for bone cements and for optical fibers for the telecommunications industry remained quite strong. Relevant markets such as photovoltaics, the semiconductor industry, and precious metals recycling led to decreased revenues in some business groups. The business groups developed as follows:

With massive market consolidation in the photovoltaics business, the precious metals business group fell short of the previous year's revenues. Product revenue was 14 percent lower than in 2012. Precious metals trading revenue was down by 16 percent, significantly below the prior year's level, primarily because of weaker industrial demand. Strong demand from the investment sector in response to lower prices only partly compensated for the negative trend.

The segments of the materials and technologies business group posted average results in a stable environment. For the most part, order volumes also held steady throughout the year. However, product revenue amounted to 18 percent less than the previous year's result, essentially because of restrained demand in the electronics and semiconductor industry.

Given the combination of rising price pressure and increasing dominance of the steel market in China, the sensor business group did slightly better than in the previous year, increasing its revenue by 2 percent with relatively stable order volumes. The business group was noticeably affected by the strength of the euro relative to other currencies.

For the biomaterials and medical products business group, 2013 was the most successful year to date: Revenue grew by 10 percent, significantly above the industry average of 3 percent growth for the year. Contributing factors included the positive trend in the established markets of Europe and North America as well as new business in Asia and Africa.

The quartz glass business group markedly increased its revenue in the past year, coming in at 10 percent above the previous year's level. The very satisfactory order volume was spurred particularly by continued strong demand for optical fibers for the telecommunications industry. Demand for synthetic quartz glass for infrastructure projects has been steadily growing since 2005, particularly in China. The business group gained market shares especially in this market.

The specialty light sources business group boosted revenue by 49 percent over the prior year's level, but this mainly resulted from its acquisition of the Fusion UV Systems group. Adjusted for this effect, the business group's revenue showed a slight gain for the year (+1.3 percent). In particular, the industrial process technology business saw only cautious development during the reporting year, because the market conditions for capital goods have remained weak in the primary markets, namely Europe, the USA and Asia.

Overall, the Heraeus Group is on target for the current year. The first-quarter results reflect this, with some business groups off to a strong start for 2014 while others remain rather restrained. There is every likelihood that the uncertain overall economic situation the Heraeus Group navigated in 2013 will continue in the current fiscal year.

"On the whole, however, we expect improvement in the operating results for 2014. The Heraeus Group is currently implementing numerous initiatives and measures to enhance efficiency and improve margins, giving reason for optimism. The associated costs were already included in the results for 2013," said Jan Rinnert. "In addition, forecasts suggest an economic recovery, especially in the third and fourth quarters."

Heraeus, the precious metals and technology Group headquartered in Hanau, Germany, is a global, private company with more than 160 years of tradition. We create high value solutions for our customers, strengthening their competitiveness for the long term. Our fields of competence include precious metals, materials and technologies, sensors, biomaterials and medical products, quartz glass, and specialty light sources. In fiscal year 2013, Heraeus had product revenue of €3.6 billion and precious metals trading revenue of €13.5 billion. With more than 12,500 employees in over 110 subsidiaries worldwide, Heraeus holds a leading position in its global markets.