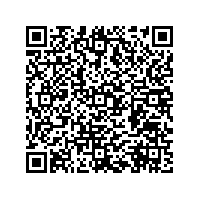 Every six seconds, another eDriver charges up at a unit powered by be.ENERGISED. That means has·to·be's cloud software is in action up to 11 times a minute 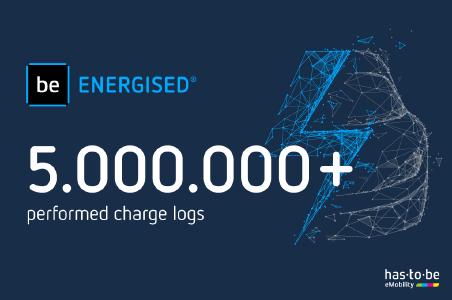 (PresseBox) ( Radstadt, 18.11.20 )
Our be.ENERGISED cloud software platform has just powered its five millionth EV charging session in Europe! Counting back to the launch of the platform, which handles operation, monitoring, and billing for eMobility charging processes, this big number works out on average to one charge every six seconds.

has·to·be CEO Martin Klässner is proud of this impressive tally – but he’s nowhere near satisfied. Klässner has been a key driver in the eMobility field since as long ago as 2008, helping to develop the sector with a series of innovations. And the goal hasn’t changed: to bring electrification to Germany and the whole of Europe, ensuring easy, convenient access to eMobility. He sees the charging infrastructure and a seamless experience for eDrivers as the decisive factor in achieving this.
Long before Tesla brought the first EVs onto the market in 2008, thus bringing eMobility as a whole into sharp focus, Klässner was already working on the topic of climate-neutral mobility. Even back then it was clear to him that a technological shift was only going to be possible with a charging and service infrastructure that worked. That’s why he went against the grain and focused on eMobility services geared towards charging infrastructure operation. More than a decade later, the know-how he’s accumulated has culminated in be.ENERGISED – the market-leading cloud software platform that takes care of everything required for running charging stations and eMobility services, from access control to automated billing for every charging session. It’s currently doing exactly that at over 30,000 be.ENERGISED charge points across Europe. On top of that, has·to·be has Europe’s largest roaming network, with over 180,000 charge points.

With the growing range of eCar models and focus on eMobility, the pressure on the industry to expand the charging infrastructure increases too. Market barriers have to be broken down and the road to climate-neutral mobility smoothed by the decarbonisation of the transport sector. The strategic focus here needs to be the faster, more efficient development of a Europe-wide infrastructure, interoperability, industry benchmarks and transparent, open, standardised communications protocols. be.ENERGISED addresses exactly these issues – with the goal of enabling scalability for charging infrastructure operators and allowing eMobility service providers to offer a comprehensive service.

The numbers speak for themselves: An eDriver charges up at a unit powered by our be.ENERGISED cloud software every six seconds on average. And over 103 million kWh of charging energy has flowed during the course of more than 5 million charging sessions.1

“We no longer need to ask ourselves whether eMobility has hit the mainstream,” remarks Klässner. “I’m proud of the degree to which our software and innovative eMobility services have shaped the European eMobility market – and are continuing to do so. We’re driving the expansion of the European charging infrastructure and international interconnectedness – because we want to see climate-neutral eMobility that transcends borders. So we’re working flat out every day to make reliable, accessible charging possible.”

That has·to·be has been so successful is also thanks to its strong clients and partners, such as European eMobility providers IONITY, EWE Go, and Volkswagen, as well as leading players in the retail, energy, automotive, and telecommunications industries. “I owe a big thanks to my team, which has made our success possible by contributing so much enthusiasm and so many innovative ideas,” adds Klässner. “And I’m also grateful to our more than 500 clients, who are all driving the mobility revolution with us on a daily basis.”

has·to·be paves the way for sustainable mobility. With its comprehensive operating system and innovative services, has·to·be provides everything companies require to enjoy success in the field of eMobility: from the carefree operation of eCharging stations to the end-to-end management of worldwide mobility solutions.

More than 100 employees from ten nations work at the headquarters of has·to·be gmbh in the federal province of Salzburg and in its offices in Berlin, Düsseldorf, Munich, and Vienna. Since 2019, the Volkswagen Group has been a strong strategic partner of has·to·be.

Every year, has·to·be hosts the be·connected conference bringing together entrepreneurs, representatives, and innovators from the industry to exchange ideas and establish networks.