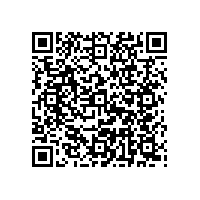 Sensitisation is necessary when approaching personnel consultants because here too there are black sheep! 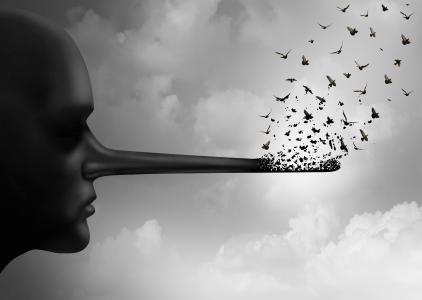 (PresseBox) ( Frankfurt, 30.10.18 )
The number of personnel consultancies has been steadily growing for many years. As in many other industries, there are very good and competent companies here, but also those that proceed unprofessionally or in individual cases even on the brink of legality.

Today, no industry is immune to fake and fraud. In recent times, we have observed more and more frequently that highly qualified candidates - especially in the C-level and HR area - are being approached by smaller or start-up personnel consultancies who want to exchange information on a supposedly suitable new "challenge" with a client in order to ultimately use the contact for acquisition purposes.

Being called by a headhunter initially awakens a positive feeling for one's own ego. The called person receives the impression that his or her own qualifications and expertise are attractive. In addition, the personal profile seems to draw the attention of external personnel consultants or someone from their own network seems to be convinced of this and has therefore passed on a recommendation.

This positive atmosphere inspires the called person and he or she is willing to discuss his or her own curriculum vitae and the motivation for a change. In this introductory phase of getting to know each other, a trustworthy basis for becoming a consultant is created relatively quickly, provided that one is halfway likeable.

Ultimately, one believes in the good faith that this relationship will advance one’s career. This is the usual and common way that professional recruitment consultancies take with potential candidates in order to discuss further steps of the candidate for the mandate to be filled and to support them as a trustworthy sparring partner.

Unfortunately, this trust is occasionally misused by 'black sheep' in the personnel consulting industry in order to exploit it for their own purposes. A scam is the one with an acquisition-related background: Once the candidate has taken the initiative and is ready for a personal interview with the client, the mandate has unfortunately already been filled elsewhere or the client has assigned the position internally. The supposedly suitable candidate often has to struggle with personnel bottlenecks in his own working environment; often overload is an important reason for the motivation to change.

After the first contact with a personnel consultant, the next step is for the consultant to inquire about the personnel situation in the candidate's current company. This bypass makes it easy for the headhunter to be informed about any new mandates in the candidate's company. This way is easier than to get new mandates through complex acquisition talks. What remains is the extremely unpleasant aftertaste of unprofessional working methods, which in case of doubt has an effect on the entire industry.

"Unfortunately, there is no way against this methodology to turn it off. Some of my long-time clients contacted me and told me that they had been contacted by competitors via such a 'humanly disappointing' channel. In the end, these seemingly serious discussions were misused as an acquisitional optimization strategy for one's own company. This not only damages the reputation of the respective personnel consultant, but also our entire industry. I sincerely hope that these supposed 'colleagues' will realise that they may be endangering their own existence because sooner or later almost everyone will be exposed as a fake,” said Martin Krill, Managing Director of Hager Unternehmensberatung.

Candidates who are contacted should check whether a contact by a personnel consultant is a concrete mandate before agreeing to further discussions. If a legitimation of the alleged position to be filled is not presented, the person concerned should only agree with caution to a further exchange.

A brief search about the consulting firm in question and a look at its website can also help to avoid unpleasant surprises. The service life of a personnel consultancy is also an important criterion in distinguishing newcomers from well-networked consulting firms.

Normally, addressing a headhunter is a positive confirmation of the person's personal vita and usually also an active support for further career steps. If it doesn't fit for the first mandate, the candidate should be able to be saved in the consultant's database in order to be available for further vacancies.

"We were able to help many of our placed candidates with their next major career step. It didn't always fit the first time we contacted them, but the data we already had enabled us to bring both parties together successfully at short notice," said Martin Krill.

Author:
Martin Krill has been working for Hager Unternehmensberatung for nearly 20 years and was appointed Managing Director in 2004. He fills senior sales and management positions in the technology industry and in other selected industries.

Hager Unternehmensberatung is a partner of Horton International and offers customers at over 40 locations in the globally most important economic regions solutions for issues throughout the working life cycle: Employment Lifecycle Solutions®.

These targeted solutions for the working life cycle are mirrored in our individual divisions: in the placement of the right candidates, the evaluation of staff potential, during training to develop the personal skills of employees and supporting individual change processes.

With nearly 100 employees in Germany working in small specialist teams, a fully digital workflow and over 20 years of experience in the technology sector as well as other innovative markets, Hager Unternehmensberatung brings together the performance and process quality of the industry’s big names with the speed and flexibility of a start-up.

Hager Unternehmensberatung is one of the top 15 recruiters in the DACH region and the well-known executive search consultancy for digital transformations.

Had an AI interview with Mr Watson today?