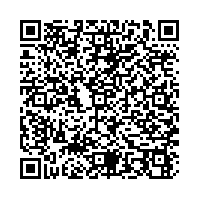 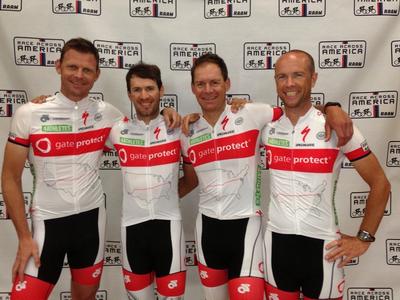 (PresseBox) ( Hamburg, Frankfurt, Annapolis, 28.06.13 )
The German cycling team "4Athletes powered by gateprotect", headed by Dr. Peter Smeets, CEO of gateprotect AG Germany, scored a surprise win in the world's toughest cycle race - the Race Across America. In a total time of 5 days, 21 hours and 7 minutes, the gateprotect team was the first to cross the finishing line in Annapolis on the east coast of the USA. "Reaching our goal together: Professional. Reliable. Enduring. Strong." was the motto behind the success of the gateprotect team with its four cyclists and 15-member crew.

The Race Across America is one of the world's toughest cycle races, covering 5,000 km from the west to the east coast of the USA. It passes through the Rocky Mountains, the Mojave Desert and the Great Plains. As a race, it poses special challenges. When the German team "4Athletes powered by gateprotect" started out in Oceanside, California on 15th June 2013, nobody expected such a success. Preparation and equipment were optimal, thanks to the generous sponsorship of gateprotect. "We are really thankful that our sponsor gateprotect gave us a budget that was ideal," said Heinz Zelleröhr, team leader of '4Athletes powered by gateprotect'.

By becoming a main sponsor for the first time, gateprotect also wished to highlight the importance of the North American market. North America is one of the key markets for the IT security specialist. Christian Reuter, who is responsible for gateprotect sales in the USA, stated: "With this race we are sending a clear signal to the market. Our well-designed, user-friendly 'Made in Germany' products and our local partners give us the ability to make it to the top of the largest market for IT security solutions. That is why the race also embodied the spirit of 'gateprotect across America'."

gateprotect took part as a 4-man team. This meant that one of the 4 riders was in the saddle at all times during the race. The team's strategy was to give each cyclist the longest possible recovery period when not riding and to reduce the strain on the rider actually on the bike. To facilitate this, the team was divided into two two-men teams before the race and allocated to the team camper vans. During the race, the rider actually out on the bike was accompanied by a pace car at all times which helped with navigation and carried a spare bike for emergencies.

Tactics varied between day and night. During the day, each of the two-man teams had to do a 4-hour shift. At night, these shifts were extended to 6 hours, to allow the resting team to get a few hours' undisturbed sleep. During shifts, each rider spent about 1 hour in the saddle before being replaced by the second rider on the team. This strategy was designed around the riders but had considerable drawbacks for the rest of the crew. The convoy of pace car and 2 camper vans had to keep on the move so as not to lose contact. In addition, the rider change every hour had to be optimally prepared. A suitable place had to be found for the change, the rider had to be woken and given assistance with his preparations, the bike had to be taken off the camper van and checked, the pace car communicated the exact location of the handover, and attention had to be paid to the rules on rider change. There were nearly 150 changes during the race as a whole. "Without a crew supporting us in such a professional way, at all times of the day and night, we would probably only have made it to the Rocky Mountains," said Peter Smeets, CEO of gateprotect AG and one of the four riders.

It was of course the riders who had the main challenge. Each had to cover more than 200 km per day to reach the finishing line in less than 6 days - an extreme test. In total, 74 teams as well solo riders started. 10 of the teams were "4-man teams". On Day 1, it became clear which team would be the main competitor for "4Athletes powered by gateprotect". The "Fireflies", a team of tough English fire-fighters, made life difficult for the gateprotect team. Should they keep up the pace, perhaps even attack but then run the risk of collapsing on the next day and possibly losing the entire race? The athletic ambitions of the team had been energised, resulting in a fascinating duel rarely seen in the history of the RAAM and lasting for the next 3,000 km. For days on end, the riders were only minutes apart and during the night the riders battled it out in the glare of the headlights of the accompanying pace cars. The lead was constantly changing. "I would never have believed it possible that such a battle could happen in a race of the length of the RAAM, which goes over 5,000 km. I really gave everything I had in the battle and it paid off at the end," said Frank Vytrisal, a former top triathlete. While hard fought, the battle with the English remained fair and friendly. In the final analysis, success came because the team was willing to exceed its limits and because it believed it could win.

"We really lived our motto 'Reaching our goal together: Professional. Reliable. Enduring. Strong.' and it fired us to the finishing line," was Peter Smeets's happy comment about the team's unexpected win in Annapolis. The line was crossed in 5 days, 21 hours and 7 minutes. Only some 1 hour and 27 minutes later, the English "Fireflies" crossed the finish line. It was a win achieved as a team, and a win celebrated as a team. The celebrations included the English riders, with whom the obligatory jersey exchange took place at the finishing line. "For me, celebrating with the Fireflies was one of the best things of the entire RAAM experience," recounted Georg Heckens, one of the 4 riders. "None of us had ever had such a long and extremely fair battle before. It was great extending a friendly hand while overtaking and hugging each other at the finishing line. To me, that is what sport is all about."