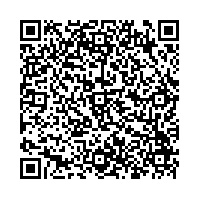 Gartner Says Worldwide Tablet Sales Grew 68 Per Cent in 2013, With Android Capturing 62 Per Cent of the Market

Tablets Represented 90 Per Cent of Overall Ultramobile Sales in 2013 / Android Grew 127 Per Cent and Reached the No. 1 Position in 2013

"In 2013, tablets became a mainstream phenomenon, with a vast choice of Android-based tablets being within the budget of mainstream consumers while still offering adequate specifications," said Roberta Cozza, research director at Gartner. "As the Android tablet market becomes highly commoditised, in 2014, it will be critical for vendors to focus on device experience and meaningful technology and ecosystem value - beyond just hardware and cost - to ensure brand loyalty and improved margins."

In 2013, the share of Apple's iOS dropped 16.8 percentage points as the market demand was driven by the improved quality of smaller low-cost tablets from branded vendors, and white-box products continued to grow in emerging markets. Gartner analysts said emerging markets recorded growth of 145 per cent in 2013, while mature markets grew 31 per cent. "Apple's tablets remain strong in the higher end of the market and, Apple's approach will continue to force vendors to compete with full ecosystem offerings, even in the smaller-screen market as the iPad mini sees a greater share", added Ms Cozza.

In 2013, Microsoft's tablet volumes improved but share remained small. Despite Microsoft now acting more rapidly to evolve Windows 8.1, its ecosystem still failed to capture major consumers' interest on tablets. "To compete, Microsoft needs to create compelling ecosystem proposition for consumers and developers across all mobile devices, as tablets and smartphones become key devices for delivering applications and services to users beyond the PC," said Ms Cozza. Microsoft enjoys better shares in ultramobiles that are more productivity oriented, where its partners are ramping up new form factors and designs.

The tablet market has become a challenging environment for branded hardware-driven players. They are squeezed by service-driven and content-driven players, and aggressive prices from white-box vendors. In addition, a situation where the top two tablet vendors have captured 55 per cent of the market in 2013 compounds the challenge.

From a vendor perspective, Apple's strong fourth quarter helped it to maintain the top position in the market in 2013 (see Table 2). Samsung, ranked No. 2, exhibited the highest growth of the worldwide tablet vendors, at 336 per cent, in 2013. The expansion and improvement of its Galaxy tablet portfolio, together with strong marketing and promotions, helped Samsung shrink the gap with Apple. In line with its smartphone approach, Samsung's oversegmentation of its tablet portfolio helped it to offer a wider size and price choice but also helped it to test the market and find niches.

Amongst the vendors that have a less than 6 per cent share of the worldwide tablet market, Lenovo did particularly well in 2013 with tablet sales growing 198 per cent. "Lenovo's success is a combination of launching innovative new tablet models during the second half of 2013 and the sales of its Yoga model and Windows tablets doing particularly well," said Isabelle Durand, principal research analyst at Gartner. "Moreover, Lenovo's strong R&D capabilities and its ability to react quickly to tablet market dynamics have helped it introduce innovative and a range of attractive products to the market. However, establishing a strong brand with consumers outside China, which is especially important in the tablet market, remains a key challenge."

Gartner does not track the tablet market in isolation from other device categories. Tablets are a part of the wider ultramobile market that also includes hybrids and clamshells. Worldwide sales of ultramobiles to end users reached 216 million units in 2013, an increase of 68 per cent on 2012. The tablet remained the most popular device, accounting for 90 per cent of overall sales of ultramobiles in 2013 - followed by the clamshell and the hybrid, with 8 per cent and 2 per cent of sales, respectively.

"Although there were few models available last year, the hybrid form factor was the fastest growing category in 2013. Hybrid ultramobiles attracted users' attention because the keyboard offers better use of productivity applications and benefits from a tablet form factor," said Ms Cozza. ASUS was the leader in the hybrid ultramobile segment in 2013, due to stronger sales of its Transformer Book T100.

Gartner expects replacement buyers to start upgrading to hybrid ultramobiles that will be introduced into the market from 2014, satisfying users who no longer want to deal with owning multiple devices or who want to keep up with the latest computing trend. "There is an opportunity here for hybrid ultramobiles to marry the functionality of a PC and a tablet, and they will also prove to be an attractive alternative replacement product among businesses," said Ms Cozza.

More information can be found in the report "Market Share: Ultramobiles by Region, OS and Form Factor, 4Q13 and 2013." The report is available on Gartner's web site at http://www.gartner.com/.... 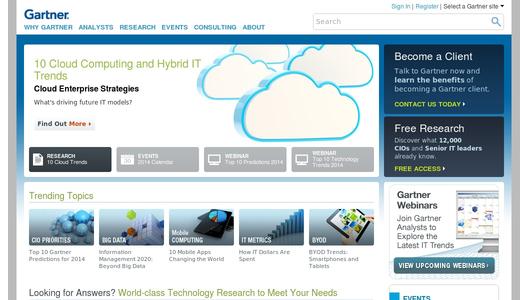 Gartner, Inc. (NYSE: IT) is the world's leading information technology research and advisory company. Gartner delivers the technology-related insight necessary for its clients to make the right decisions, every day. From CIOs and senior IT leaders in corporations and government agencies, to business leaders in high-tech and telecom enterprises and professional services firms, to technology investors, Gartner is a valuable partner in more than 13,000 distinct organizations. Through the resources of Gartner Research, Gartner Executive Programs, Gartner Consulting and Gartner Events, Gartner works with every client to research, analyze and interpret the business of IT within the context of their individual role. Founded in 1979, Gartner is headquartered in Stamford, Connecticut, USA, and has 5,800 associates, including more than 1,450 research analysts and consultants, and clients in 85 countries. For more information, visit www.gartner.com.

Pressemitteilung Gartner Says Worldwide Tablet Sales Grew 68 Per Cent in 2013, With Android Capturing 62 Per Cent of the Market weiterempfehlen