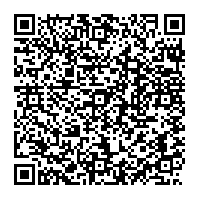 parts2clean and COROSAVE with Convincing Results, Even in Difficult Times 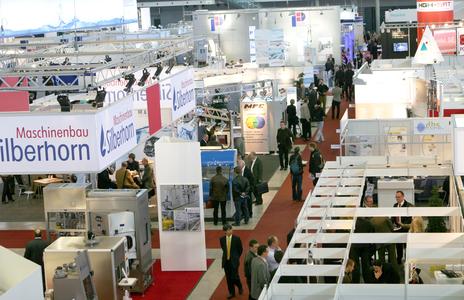 (PresseBox) ( Neuffen, 02.11.09 )
4350 visitors gathered information on offerings from 231 exhibitors at parts2clean and COROSAVE in Stuttgart from the 20th through the 22nd of October, 2009. The leading international trade fair for cleaning within the production process and maintenance was thus able to sustain the high levels of participation achieved last year with regard to both exhibitor and visitor numbers. The events, which are promoted by fairXperts GmbH, were not only convincing where quantity is concerned, but rather with regard to quality as well: Once again, the world’s most comprehensive offerings covering the entire process sequence for parts and surface cleaning awaited visitors from 26 countries. The visitors’ outstanding technical qualifications and decision making authority provided exhibitors with top quality leads, as well as concrete RFQs. Presentations held at the parts2clean expert forum, held in German, enjoyed lively interest again this year.

The first hurdle for a successful parts2clean 2009 was taken when the figures for boom year 2008 were equalled with 231 exhibitors from 14 countries. 14.3% of these exhibitors came from outside of Germany. Due to travel restrictions for trade fair visits which are still in effect at many companies, there was nevertheless a certain amount of scepticism with regard to the number of visitors who would attend. But here too, the leading trade fair for cleaning within the production process and maintenance scored exceptionally well thanks to its considerable market strength. 4350 visitors came to Stuttgart in order to gather information targeted exclusively at products and solutions for the quality-relevant work step of cleaning parts and surfaces. 18% of the visitors travelled to the event from outside of Germany, coming from 25 countries on five continents. In addition to visitor numbers which were nearly equal to last year’s figure (4482 in 2008), the outstanding technical competence and decision making authority of the visitors (more than 89% are involved in investment decision) assured that things went well at the trade fair for nearly all of the exhibitors.

Qualified Technical Discussions, Concrete Projects and Orders
“We achieved record breaking results with regard to both the quantity and the quality of our leads. One the one hand, discussions involved system concepts which need to be implemented in the short-term and, on the other hand, projects which won’t be completed until 2011 or 2012. The fact that things went so astonishingly well at the event demonstrates that parts2clean is the most important trade fair for suppliers and users of industrial cleaning technology”, sums up Karlheinz Schechinger, sales director at Dürr Ecoclean GmbH. Dr. Rolf Schreinert, product manager for industrial cleaning at EnviroFalk GmbH, arrives at similar conclusions: “We were able to establish very good contacts to companies in the fields of medical engineering, metalworking, optics and many other industries, and our results have been similarly positive in comparison with parts2clean 2008”. “We had the impression that the quality of this year’s visitors was even better than in recent years, because we had expert visitors only, who knew exactly what they wanted. We talked about concrete projects which are actually shaping up – some of which are just getting off the ground, and others which are already in the implementation stage despite the crisis. And this means that some companies are already working on things in order to be better prepared. For this reason, the trade fair went much better than we had expected”, explains Roland Jung, division manager for surface technology at Hermann Bantleon GmbH. This statement also reflects the results of the visitor survey, according to which 15.7% of the visitors attended the leading trade fair in order to prepare for an investment decision, and 15.5% came to place direct orders. “We’re participating at parts2clean for the seventh time, and we sent out more invitations this year than ever before. And it’s paid off – our 5 person booth team was entirely swamped on all three days of the event. We’re taking lots of concrete orders home with us, as well as top quality leads, for which reason we’ll be back again at parts2clean 2010”, reports Professor Dr.-Ing. Lothar Schulze, managing director of SITA Messtechnik GmbH. Nor is there any question about participation at the upcoming parts2clean for Fernando Rueda, sales manager Europe at Kyzen: “Participation at the trade fair has been very successful for us. We were able to establish lots of good new contacts, and maintain existing business relations as well.” Hans-Jörg Wössner, fully authorised representative of acp – advanced clean production GmbH, was also quite enthusiastic about the way things went at this year’s parts2clean: “We had a lot of RFQs for mechanical products and assemblies for mechatronic systems, most of which involved cleaning for functional surfaces. Roughly 40% of our visitors brought sample parts to our booth. Top notch visitors make parts2clean a very important trade fair for us, and we’ll be participating again next year.” parts2clean is increasing its appeal to an ever greater extent for suppliers of downstream processes as well. “The goal of our first appearance at parts2clean was to take advantage of synergies, because companies who paint parts also come to the trade fair, and we wanted to speak with them about possible projects. Our efforts have paid off, and we’re satisfied with the way things went at the event”, explains Werner Naujok, sales and branch manager for surface technology at Rippert Anlagentechnik GmbH & Co. KG.
As was also the case in 2008, the fields of temporary corrosion protection, preservation and packaging of cleaned components was covered by the integrated COROSAVE trade fair. For roughly 20% of the visitors, these offerings were the decisive factor which prompted their journey to the Stuttgart Exhibition Centre. And this indicates that in addition to efficient cleaning of parts and surfaces, more and more emphasis is being placed upon the issue of retaining cleanliness during storage and transport by manufacturing and maintenance companies.

Number One Information and Procurement Platform
Users also view parts2clean as the international platform for locating efficient, environmentally sound solutions to cleaning tasks. And demand continues in this area even in economically difficult times, as was made apparent by the way things went at this year’s parts2clean. More than 80% of the visitors were satisfied to very satisfied with the event.
The parts2clean expert forum, which was held in German, was also in great demand this year. 1197 visitors took advantage of the opportunity to expand their know-how in the fields of parts cleaning, process engineering, ascertainment of residual contamination, bath maintenance and corrosion protection by attending presentations offered by renowned speakers.

The next parts2clean and COROSAVE will take place at the Stuttgart Exhibition Centre from the 12th through the 14th of October, 2010. Additionally, the leading international trade fair for cleaning within the production process and maintenance will also demonstrate its presence at a parts2clean communal booth at Process Cleaning Expo. The first US trade fair for industrial parts cleaning technology will be held in Louisville, Kentucky, from the 5th through the 6th of May, 2010.
- - -

We would be grateful to receive a copy of / a link to all publications featuring content from this press release. Thank you.

Contact persons for the editors, and for requesting image files: