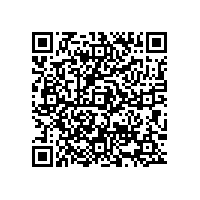 (PresseBox) ( Dresden, 15.05.13 )
ITI GmbH, one of the global leaders in CAE and system simulation for marine und offshore applications, today announced that for the first time a marine application of the interdisciplinary simulation software SimulationX has passed Germanischer Lloyd's (GL) type approval certification. The SimulationX software module "Marine Propeller" for the calculation of ice impact induced loads on the powertrain was designed and developed by ITI in collaboration with GL in accordance with the specifications laid down by GL, the Finnish-Swedish Maritime Administration and the IACS. The software certification conducted by GL proves the software's high quality standards and is evidence of ITI's commitment to safe, reliable and energy efficient ship propulsion systems.

According to the new specifications for ice classes that were elaborated by the Finnish and Swedish Maritime Administration, it is required to evaluate the impact of propellerice- torque excitation on the drive shaft. The ship's operational safety and the material's durability must be demonstrated under various conditions including artic temperatures and critical scenarios. The specifications in question describe three load cases of shock sequences on the propeller as outlined by GL (GL 2012, I - Part 1 - Chapter 2 - Section 13 - Machinery for Ships with Ice Classes), the Finnish-Swedish Maritime Administration/TransportSafetyAgency (TraFi/31298/03.04.01.00/2010) and the IACS (UR I3 Req.2011). The transient simulation of ice impact scenarios has thus become an integral part for shipbuilders and suppliers marking the departure from traditional steadystate analyses used in the past.

By the help of physically correct simulations, SimulationX users predict vibration loads originating from ice impact on the propeller. These extreme conditions are analyzed with SimulationX on a virtual basis over a longer period of time and for various parameter configurations. The simulation results permit reliable evaluations of each component and thus contribute to ensuring safe operation also under arctic conditions. The SimulationX propeller model allows for accurate calculations of torsional vibrations with respect to propeller-ice interactions and the torque loads acting on the powertrain as a consequence of ice impact based on the Baltic and polar ice class definitions. These definitions cover the following ice classes: E1, E2, E3, E4 (GL), IC, IB, IA, IA super (Finnish Marine Administration/TraFi) and PC1, PC2, PC3, PC4, PC5, PC6. PC7 (IACS UR I3, GL).

The model "Marine Propeller" was designed for transient and steady-state torsional vibration analyses (TVA) of ship propulsion systems in SimulationX. Both types of calculation can be performed with the same model in one software program. The simulation accounts for propeller inertia, blade excitation as well as various load and damping scenarios. Based on a range of different ice impact scenarios, it is also possible to model ice impact torque on the propeller blades. The propeller is attached to rotatory powertrain models including the conversion of drive torque into flow force and thus into motion. The model can be used for calculations in the time and frequency domains. It is compatible with the simulation software SimulationX. That makes it possible to integrate further model elements, such as shafts, couplings, drive systems and loads, for more advanced torsional vibration analyses. Moreover, SimulationX comes with a broad range of options for visualizing, analyzing and documenting results.

"Our endeavors in the field of shipbuilding are guided by the vision 'Green, safe and reliable'. Our industry specific expertise and our simulation tool SimulationX have enjoyed a longstanding reputation of excellence and reliability with leading shipbuilders, suppliers and classification societies worldwide. Passing GL's certification not only makes us proud, but also proves the high level of quality of our software. At the same time, we also show our true and transparent commitment to the traditional values of reliability and safety in the shipbuilding industry. We are well aware of the responsibility which comes with that and look forward to expanding into other maritime industries.", says Uwe Schreiber, Manager Engineering at ITI.

SimulationX is the benchmark for modeling and simulating complex mechatronic systems. In contrast to other CAE software on the market (FEM, CFD, MBS), ITI provides customers with the capabilities to design and analyze entire systems including all sub-systems on a single platform. Users benefit from a large number of model libraries that work out of the box allowing simulations of various interacting physical effects - from 1D and 2D mechanics, MBS systems and drive technologies, hydraulics, pneumatics, thermodynamics to electronics, magnetics as well as analogue and digital control engineering - post-processing included. More than 700 available element types and over 300 sample models from 25 applications make modeling easier and faster. SimulationX supports the modeling language Modelica as well as Modelica libraries with open and complete CAx interfaces. More information about the product can be found on www.simulationx.com.

Founded in 1990, ITI has become one of the leading software and engineering companies for system simulation. ITI develops simulation tools for engineers and scientists in various industries and education. The company supports the development of new products with comprehensive engineering and programming services throughout the entire design process. Workshops and seminars at the ITI Academy round off the scope of services. More than 700 customers worldwide ranging from the automotive, energy, apparatus technology and aerospace industries to machinery manufacturers and shipbuilders trust ITI's simulation solution. ITI's customers include renowned names like ABB, BMW, Baker Hughes, Caterpillar, Daimler, Hitachi, Honda, Husky, Liebherr, Mitsubishi, Nikon, Schaeffler, Siemens, Veolia, Volkswagen and ZF. Based in Dresden, Germany, ITI has also branches in France and the UK. With partners across more than 35 countries, the company has a vast network of distributors and service providers for its simulation software SimulationX. More information about the company and its product can be found on www.itisim.com.