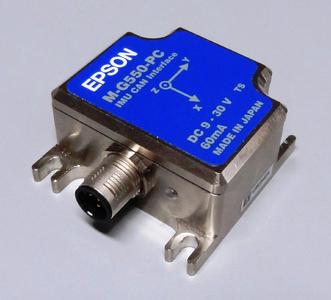 (PresseBox) ( München, 17.12.13 )
Seiko Epson Corporation ("Epson") today announced that its sensing system is among those selected for use in a building health monitoring system that will be tested as part of a project (the Special Project for Reducing Vulnerability in Urban Mega-Earthquake Disasters) sponsored by the Japanese Ministry of Education, Culture, Sports, Science and Technology. Shake testing of a scale model of a high-rise building outfitted with this monitoring system will take place from December 9-11, 2013, at the Three-Dimensional Full-Scale Earthquake Testing Facility (nicknamed "E-Defense") located in Hyogo, Japan.

This special project, which started in fiscal 2012 and is expected to run for five years, is one of the strategic projects being conducted under a broader ministry-sponsored earthquake and disaster research project in preparation for a predicted mega-earthquake or earthquake directly under the Tokyo metropolitan area. Testing of this monitoring system is to be conducted under a sub-project for studying the maintenance and restoration of urban functions. The objective is to build a system that enables the integrity of urban infrastructure to be rapidly assessed and any damage identified immediately after an earthquake.

The monitoring system to be used in these experiments employs a sensing (measurement) system based on Epson's small, high-precision M-G550-PC inertial measurement unit (IMU). System characteristics enabled by Epson's IMU include the following.

(1) Epson's six-axis IMU, which has gyroscopes on three axes and a triaxis accelerometer, can be installed on the frame of a building to accurately measure the building's shaking and gyrations.

(2) The system, which incorporates 152 of these six-axis IMUs, is capable of 912-channel simultaneous ultra-multipoint measurement. In addition, since it is driven at 500 Hz, it can acquire up to 500 bits of data per second.

(3) The IMUs have a CAN [1] interface and two systems are connected in a series on each floor, enabling planar shake data to be captured for each floor. Also, the use of distributed system processing makes it possible to rapidly acquire the desired information within a predetermined scope.

The engineering laboratory of Shimizu Corporation, the construction company in charge of developing the monitoring system for the project, says that Epson's new sensing system technology enables rapid acquisition of information about building health and is thus a valuable aid in research for detecting damage on the material level after a potentially damage-inducing event.

A mega-earthquake or powerful earthquake with its epicenter beneath Tokyo would make it necessary to determine whether buildings can continue to be used. However, with far too few inspectors to perform the visual and other inspections needed to determine the safety of a vast number of structures, it would take an enormous amount of time to obtain the information necessary to make this determination. This is why it considered essential to have a system in place that is capable of rapidly evaluating and determining the condition of structures. This is also why there is an urgent need to establish a technique for accurately identifying hidden damage that is not outwardly visible.

"Given current social and technological changes, Epson believes that the need for precision sensors that can make previously invisible information visible will only grow going forward," said Yoshiyuki Moriyama, chief operating officer of sensing systems at Epson." Epson will continue to leverage its unique technology to provide IMUs and other sensing systems that significantly contribute to our customers' products and services"

[1]: CAN (controller area network): A network protocol used for automotive and industrial applications

Shake tests using Epson's sensing system will be conducted under the Special Project for Reducing Vulnerability in Urban Mega-Earthquake Disasters. These tests will be performed using the "E-Defense" Three-Dimensional Full-Scale Earthquake Testing Facility. Tests will be performed using a one-third scale model that exceeds 25 meters in height. It will be the world's largest test specimen to be tested on a shaking table.

Epson is a global innovation leader whose product lineup ranges from inkjet printers and printing systems, 3LCD projectors and industrial robots to sensors and other microdevices. Dedicated to exceeding the vision of its customers worldwide, Epson delivers customer value based on compact, energy-saving, and high-precision technologies in markets spanning enterprise and the home to commerce and industry.

Led by the Japan-based Seiko Epson Corporation, the Epson Group comprises more than 73,000 employees in 94 companies around the world, and is proud of its ongoing contributions to the global environment and the communities in which it operates.