Demand Side Management in Buildings and Neighbourhoods 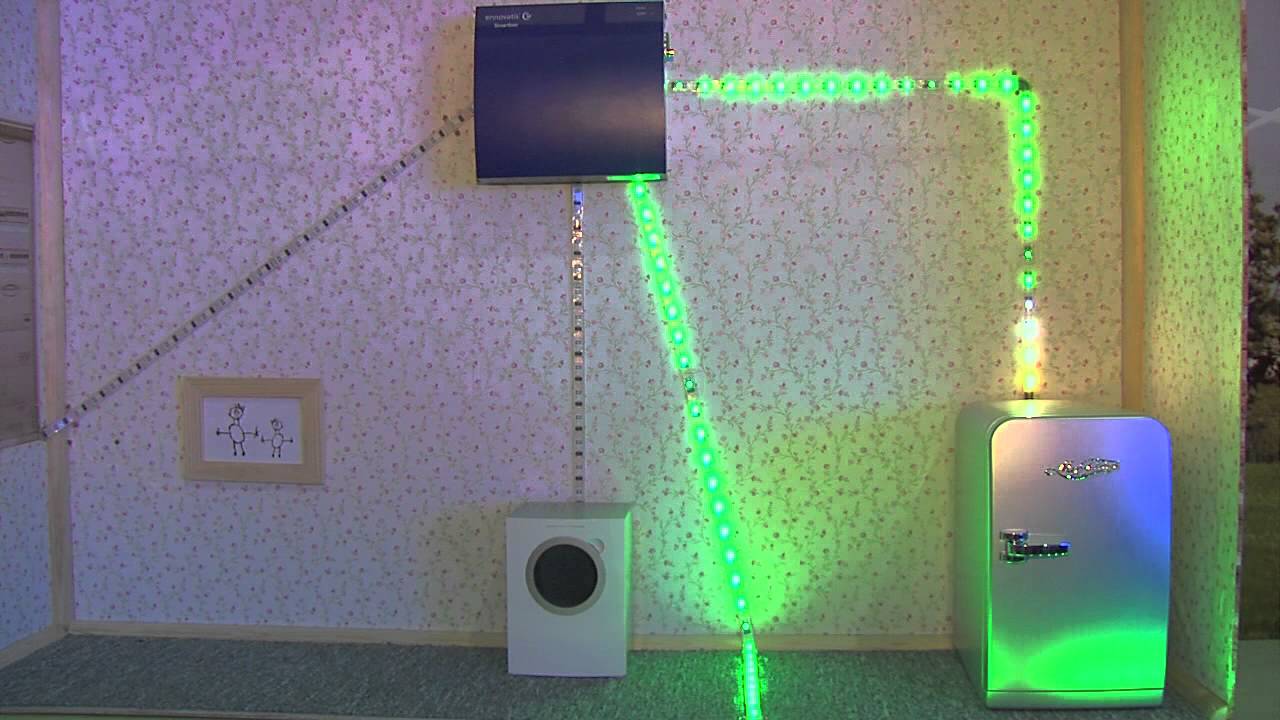 (PresseBox) ( Hannover, 23.01.13 )
edacentrum GmbH, the coordinator of the EU FP7 project SmartCoDe, today announced the successful completion of the project and the availability of the public Final Project Report. The report can be requested as pdf-document free of charge at the contact address mentioned below.

Overview of Results
Demand Side Management and Demand Side Integration (DSM/DSI) approaches are currently only feasible in large industrial companies. A roll-out of DSM measures to the sector of consumer buildings, which consume approximately one third of the overall energy in industrialized countries, as well as DSM-enabling measures for Small and Medium Enterprises (SME) would be preferable, however, the setup is complex and costs are high.
The SmartCoDe project proved, that a low-cost, low-power microelectronic component developed in the project could enable Energy using and producing Products (EupP) to become part of a locally managed energy resource cluster. In such a local cluster EupPs can constantly be monitored. With the help of the aforementioned component they can further react on the basis of energy grid requirements as well as on forecasts of local energy generation and consumption.

A roll-out analysis example of the SmartCoDe concept to only 10% of the 40,3 million households in Germany indicated an energy saving potential of 5,2 TWh per year and an additional potential of 1,6 TWh of regulating energy per year, i.e. energy that can either be used to balance the local energy consumption/production curve or that can be provided as a service to the grid operator for the purpose of grid stability. The latter, however, implies that a communication infrastructure will be established on lower grid levels.
The current low level grid does not possess such communication measures to connect the end customer to the grid infrastructure. Low-level grid scheduling in the past has been executed mainly on the basis of experienced consumption data pattern. The setup of a communication infrastructure for the lower grid level, however, would require a significant investment by the grid operators, Return on Invest (RoI) therefore is a key issue. Since there is no indication today how such a potential investment could be regained, the authors of this report suggest regulating measures by national and EU bodies.
A second show-stopper is the absence of standardization when it comes to the integration of household equipment into DSM approaches. White goods provider all over the world are currently busy working on DSM-enabled household equipment. However, approaches are proprietary and there is almost no cooperation between manufacturers. A promising step in the right direction is the EC initiative eeSemantics, which focuses on the communication of smart appliances at information level in smart homes. The SmartCoDe project contributed to the initiative with its EupP classification.

Outlook
The required change from fossil to renewable energy generation is mainly approached by medium-to large-scale set-ups on the MW and GW level. Large scale approaches, however, require large investments, they are complex from a technical point of view (mainly the grid integration) and they often lack public acceptance.

Small-scale concepts on the other hand do not need a large financial investment. Also the technical challenges could be reduced significantly. Small smart energy clusters could be rolled out one-by-one, they could even be financed by cooperatives of citizen, keeping the creation of value local. When more and more of these clusters become available, the effect on the overall grid will continuously grow. The coordination of several clusters will even enhance the benefit and could be considered as the next step in the direction of Virtual Power Plants (VPP).


About SmartCoDe:
The project SmartCoDe has been funded within the European Commissions’ 7th Framework Program (FP7). Its major aim is balancing and reducing the power usage of small buildings and neighbourhoods in order to pave the way for energetically neutral or even energetically positive local power grids. This STREP project (Specific Targeted Research Project) has been set up for a duration of three years and started in January 2010. It received funding from the programme “ICT-2009” in the area “ICT support to energy-positive buildings and neighbourhoods”. In total, eight partners from five European countries have been working together.

edacentrum is an institution dedicated to promote electronic design automation (EDA) research and development funded by the BMBF (Federal Ministry of Education and Research). It initiates, evaluates and supervises industry-driven R&D projects and offers a comprehensive spectrum of services on all matters concerning EDA, particularly project management of R&D projects. By encouraging EDA cluster research projects and EDA networks, it cross-leverages and reinforces the EDA expertise of universities and research institutes.

edacentrum provides a communication platform for the EDA community; it seeks to inform upper management, the public and the political arena about the central importance of design automation for solving complex system and semiconductor problems, especially those associated with nanoelectronics.

Pressemitteilung Demand Side Management in Buildings and Neighbourhoods weiterempfehlen