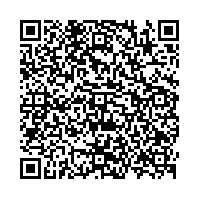 The photovoltaic system operates on a former demolition range of the French Army and saves 2,100 tons of carbon dioxide emissions each year 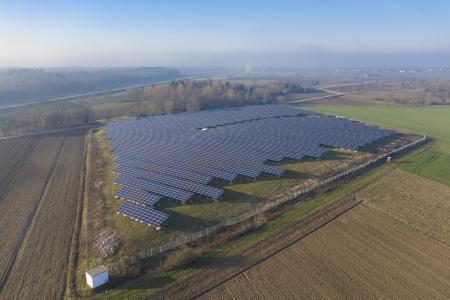 (PresseBox) ( Hoofddorp, 24.11.20 )
EnBW Solar GmbH has operated the 4.4-hectare solar farm in Kenzingen, Germany since 2016. The roughly 9,900 photovoltaic modules and the powerful Delta-M50A inverters provide 2.62 megawatts of peak power and enough electricity to supply an average of 850 homes. The owners of Solarpark Kenzingen GmbH are Necker-Elektrizitätsverband (NEV) (85 %), a regional utility co-operative comprising 167 towns and cities in nine counties, EnBW (10 %), and Kenzingen Regenerativ GmbH & Co. KG (5 %), a citizen action project of Ökostromgruppe Freiburg, a group that promotes green electricity. As the EPC (engineering, procurement, and construction) firm for the project, EnBW assumed responsibility for the direct marketing and technical management of the solar park.

Solar farm puts brownfield site to good use
The French military used this 4.4-hectare parcel of land not far from the small town of Kenzingen as a demolition range from 1950 to 1988. Since the area is contaminated with the remains of explosive ordinance, the city was forced to change its plans to allow agricultural use of the land. In 2013, members of the electrical co-op from Kenzingen and surrounding communities decided to reclaim the property and use it for the construction of a photovoltaic installation. Now the parcel can serve a valuable, long-term purpose by producing green electricity. The project is also helping a rural area make progress towards its energy transition and has even involved local residents through its ownership structure.

Solarpark Kenzingen GmbH hired EnBW Solar GmbH, a wholly-owned EnBW subsidiary, to build the 2.62 MWp photovoltaic system. When it came time to select the inverter, the most important factors to EnBW solar were product quality and the reliability and financial stability of the manufacturer. “We’re pleased that Delta and our powerful M50A string inverter fulfilled the high standards set by EnBW. With its high-density performance and 98.6 percent efficiency, the M50A ensures that PV arrays can deliver the maximum yield possible,” said Andreas Hoischen, Senior Director Delta Electronics.

In August of 2015, EnBW Solar was awarded the contract via the recently introduced property tender procedure of the Federal Network Agency (BNetzA). The district government granted construction approval on January 5, 2016. But the Kenzingen solar farm project would need to overcome several challenges before breaking ground in May of the same year.

Proceedings were required to allow this deviation from the zoning plan’s stated objective, a process which took some time. Due to contamination, the town of Kenzingen and the district government also had to develop a reclamation plan. These measures involved dumping two meters of fill onto the area and capping it with a sealed layer to prevent water seeping into the contaminated ground. Due to heavy rainfalls, the road to the property was at times impassable, delaying construction. During this phase of the project, Delta proved to be a flexible and reliable partner for EnBW, adjusting inverter delivery dates multiple times in response to changing circumstances.

Positive financial and environmental results
Electricity has been flowing from this solar farm in Germany’s Baden region since the end of August 2016. With annual yields of 3,000,000 kilowatt-hours or more, it can supply an average of 850 households with electricity. For the environment, that’s 2,100 tons less CO2 emitted each year. In 2018, the solar farm actually delivered more electricity than expected. The forecast yield of 2,78 million kilowatt-hours was exceeded by 10 percent. That equates to 290,000 kilowatt-hours more solar electricity than planned and 200 fewer tons of CO2 in the atmosphere.

Delta, founded in 1971, is a global leader in switching power supplies and thermal management products with a thriving portfolio of smart energy-saving systems and solutions in the fields of industrial automation, building automation, telecom power, data centre infrastructure, EV charging, renewable energy, energy storage and display, to nurture the development of smart manufacturing and sustainable cities. As a worldclass corporate citizen guided by its mission statement, "To provide innovative, clean and energy-efficient solutions for a better tomorrow," Delta leverages its core competence in high-efficiency power electronics and its CSR-embedded business model to address key environmental issues, such as climate change. Delta serves customers through its sales offices, R&D centres and manufacturing facilities spread over close to 200 locations across 5 continents.

Throughout its history, Delta has received various global awards and recognition for its business achievements, innovative technologies and dedication to CSR. Since 2011, Delta has been listed on the DJSI World Index of Dow Jones Sustainability™ Indices for 8 consecutive years.

In 2017, Delta was selected by CDP (formerly the Carbon Disclosure Project) for its Climate Change Leadership Level for the 2nd consecutive year. For further information about Delta, please visit www.delta-emea.com.