Hydrogen Technology for a Decarbonised Future 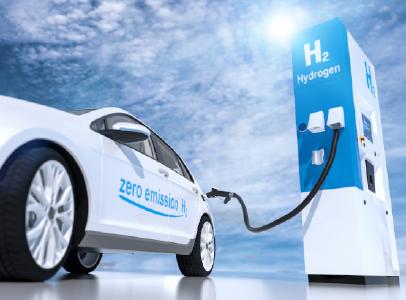 (PresseBox) ( Frankenthal, 06.07.20 )
What 5G is to the mobile phone standard, hydrogen is increasingly becoming to the energy industry: a significant innovative leap and a basic requirement for further developments.

Only the high transmission rates of the 5G standard enable technologies such as intelligent traffic guidance, reliable infotainment and the ultimate goal of autonomous driving. Similarly, the promising “H2” in the energy industry closes the gap between electricity production and consumers. This is because storing unsteady generated green electricity is increasingly proving to be a bottleneck on the path to achieving decarbonisation targets.

Similar to what happened following the diesel scandal, new partnerships are forming in the hydrogen sector. Many of the companies tend to be smaller medium-sized enterprises that are still far from being profitable. But global warming and the increasingly visible consequences it brings with it is forcing us to act – which is giving a boost to the hydrogen industry. That’s because as an energy carrier, hydrogen offers some advantages.

The technology involved in producing, storing and transporting hydrogen is generally known. Companies like Linde or Air Products can therefore draw on plenty of experience in dealing with this, the lightest of all the elements. H2 tank manufacturers such as Hexagon (pressure) or MAN Cryo (liquid), electrolyser manufacturers such as NEL (Norway) or Plug Power (USA), and companies like Still (H2 forklift trucks) or Viessmann (local, stationary power generation) have in part well over a decade of experience with the value chain running from production through to consumption.

After many years of a shadowy existence, hydrogen technology is also making a triumphant advance in the field of transport technology. What began 20 years ago as a (premature) future development at Mercedes is now close to series production: the first large ships are being equipped with fuel cells, locomotives are powered by fuel cells, and alliances such as Nikola Motor with Bosch (e-axle) and PowerCell (fuel cell) prove that even heavy goods road traffic can be hydrogenated.

When it comes to passenger cars, Japan is the leader in hydrogen technology. Toyota (Mirai), Honda (Clarity) and Hyundai (Nexo) have their first series vehicles at the ready. In principle, they demonstrate the feasibility of this technology. Work in the field of hydrogen is being advanced by the JHFC (Japan Hydrogen & Fuel Cell Demonstration Project), which, with government support, promotes and helps renowned manufacturers work towards forming a hydrogen-based society.

Meanwhile, companies such as Shell, Siemens and Hydrogenics are overseeing the network of filling stations. Similar to lithium-ion-based battery technology, hydrogen also requires an adequate infrastructure of filling stations to allow quick distribution.

But not all hydrogen is the same. Hardly any other area is as “colourful” as hydrogen is. After all, hydrogen comes in blue, grey, turquoise and green. To this point, the vast majority of hydrogen production has been coming from non-regenerative sources. In most cases it is produced by splitting crude oil (grey hydrogen) or is made from methane (turquoise hydrogen). However, hydrogen is truly sustainable only if it is produced with green electricity via electrolysis. This is when hydrogen unfolds its true potential: as long-term storage buffer for electrical energy.Hydrogen technology can be used to convert large amounts of surplus electrical power from wind and solar energy into a form that can be stored and transported. This decouples electricity production from the need to consume it immediately. It is therefore possible to avoid having to annually regulate gigawatt hours of electricity generated from renewable sources. Providing this storage capacity in the form of lithium-ion batteries would be significantly more expensive and hardly feasible.

In addition to the classic and well-known alkaline electrolysis, PEM technology has become very popular due to its high level of efficiency and easier handling. With this technology, adding alkalis such as potassium hydroxide (KOH) is no longer necessary. The core component of every PEM fuel cell and PEM electrolyser is the MEA (membrane electrode assembly). Instead of the conductive water (electrolyte), it contains the proton-permeable membrane.  This membrane also reliably separates the two reactants that are oxygen and hydrogen. PEM electrolysers are highly efficient and tolerate very large feed-in fluctuations (e.g. from wind farms and solar fields).

For more than five years now, CMC Klebetechnik has been offering an adhesive tape with which this PEM membrane can be optimally bonded. Enduring in its dimensions and temperature tolerances, the PEN adhesive tape is hydrolytically stable and ensures simplified membrane installation in the MEA and stack. Even a small adhesive surface is already sufficient to seal the proton-conducting membrane (sub-gasket), which prevents dangerous leakage (oxyhydrogen).

The CMC 61325 laminate tape uses a relatively thin adhesive coating to prevent the adhesive compound from being pressed out while the functional membrane is being laminated. Even later in operation, the post-curing adhesive is not mobilised. An impairment of the function, for example by catalyst poisoning, has not been observed to this point. At room temperature, the adhesive is not sticky; it can be thermally activated at about 120 °C. However, even after this processing step, theadhesive remains elastic. This property helps to compensate for differences in thermal expansion and changing pressure conditions.

CMC 61325 is available in widths from 25 mm to 1050 mm. Roll lengths of up to 1,000 m (depending on the weight of the roll) can be realised, which enables automated mass production. CMC Klebetechnik can also supply die-cut parts – for example, on an endless roll.

Starting with the basic variant CMC 61325, permanent adhesive coatings can also be applied to Teonex® PEN adhesive tapes - CMC 61145. These avoid the need for thermal lamination and so can accelerate mass production.

CMC Klebetechnik is a coating company that specialises in technologically sophisticated solutions. Together with our customers, we also develop and coat product- and application-specific solutions in the field of fuel cell technology.

For five decades CMC has been coating foil-like materials with adhesive and functional coatings. 150 employees are refining premium films on two coating facilities and over 30 downstream facilities (formatting machines, die-cutting machines, rotative cutting machines). These insulation materials are mainly used in electrical engineering but also across a broad range of industries. The company focuses on the implementation of customer-specific developments as well as professional advice. For more information please visit : www.cmc.de