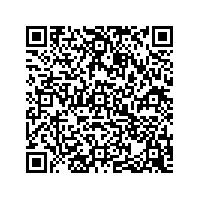 (PresseBox) ( Heidelberg, Germany and Lexington, Mass., 23.06.10 )
febit today announced a restructuring as a consequence of its strategic focus on bloodbased microRNA biomarker discovery, febit's major business development in 2009/2010, and on partnerships and intellectual property (IP) commercialization. The new focus includes the collaboration and provision of highend services for clinical researchers in academia, diagnostic companies and the pharma industry. febit's Geniom® platform will be used inhouse to produce the company's highquality human miRNA biochips to further expand its leadership in miRNA biomarker profiling, a promising field of large scale diagnostics for severe diseases like cancer, cardiovascular diseases and multiple sclerosis. The operational restructuring resulted in a reduction of febit's workforce by approximately 60 percent.

"The restructuring will allow febit to focus on its most successful business segment at the intersection of nanotechnology and future molecular diagnostics," said Professor Christof Hettich, chairman of febit's supervisory board and managing director of febit's main investor dievini Hopp BioTech holding GmbH & Co. KG. "For biotech technology platform companies, a transition is often difficult and requires a change in management, strategy, and operations. Our decision is based on analysis of a number of factors including what we believe is the best course of action for the company and will also be in the interest of our shareholders."

As part of the restructuring, Cord F. Staehler, president and CEO, febit, resigned from the executive board and joined Siemens Healthcare. Hartmut Voss, Ph.D., has joined febit as the new co-CEO and will lead the company together with co-CEO Jochen Kohlhaas who will continue to act as febit's CFO.

"We are grateful to febit's employees who developed the instruments business and successfully ran the genomics services," said Mr. Kohlhaas. "The company's new strategy makes it necessary to let go of certain skill sets and to focus on the area with a solid window of opportunity in bloodbased miRNA biomarker signatures."

Dr. Voss added, "We are looking forward to further partnerships with clinical researchers, as well as diagnostic and pharma companies interested in exploring the potential of early detection, differential diagnosis and drug therapy- or relapsemonitoring in many serious diseases using febit's technology." Currently, Dr. Voss also acts as advisor at dievini Hopp BioTech holding GmbH Co. KG, and Chief Business Officer at Life Biosystems GmbH. Previously, he was a cofounder of Lion Bioscience where he served as the Vice President of Science.

febit’s highly developed Geniom® technology combined with sophisticated bioinformatics and biochips as well as febit’s microarray primer extension assay (MPEA) are the core of febit’s competence in microRNA discovery and validation from blood-based samples. febit’s collaboration with clinical researchers in several clinically relevant areas such as lung cancer, ovarian cancer, multiple sclerosis and myocardial infarction let to high-impact publications and patent applications and demonstrate febit’s expertise in the field of genome exploration.
The technical capabilities of the febit microarray system ensure a robust and sensitive high-quality analysis of all human miRNAs from blood in a single experiment.