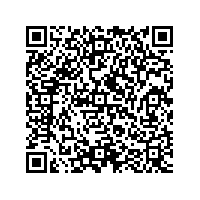 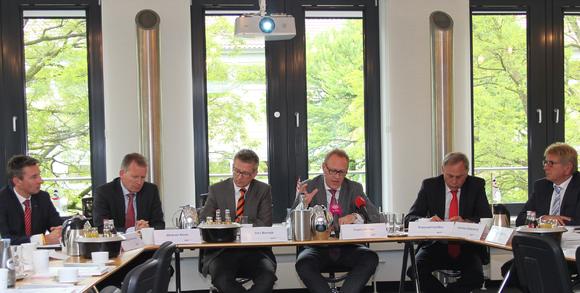 (PresseBox) ( Bremen, 07.05.14 )
At the annual results press conference, held in Bremen on 7 May, the BLG executive board reported on the results from the 2013 financial year. According to BLG CEO Frank Dreeke, "the forecast for 2013 was that business activity would slow down, and that's what happened. It was a difficult year all over the world, particularly impacting on certain industries and geographic regions."

Sales turnover in the European automotive industry was down overall, and the demand for heavy cargo declined worldwide. BLG felt this in its high & heavy volumes in Bremerhaven, and in its handling activities at Neustädter Hafen. The long-term targets for developing offshore wind energy have been cut by half in Germany. This directly affects Bremerhaven, the industry's biggest hub, and also has an impact on BLG's logistics services. The lack of upturn in world trade meant that handling at the Wilhelmshaven container terminal and in Bremerhaven was well and slightly below expectations respectively. But there appears to be signs of strengthening for Wilhelmshaven, because the new P3 container alliance wants to operate two services to the JadeWeserPort.

"Despite the generally unsatisfactory economic developments, we were able to record growth in sales, with almost 1.2 billion Euros for 2013. This corresponds to an increase of 3.1 percent," said Dreeke, who added that the growth was due to existing customers and new business, particularly in the contract logistics division. He was also quick to point out that the difficult economic climate had led to heightened competition and considerable pricing pressure. This, coupled with the declining developments in the high & heavy and offshore logistics areas, saw the operating result drop to 37 million Euros (after 48.6 the previous year), partly due to the deconsolidated involvement in Ukraine. The crisis and overall economic developments forced BLG to lower its expectations. The deconsolidation has resulted in a 16.6-million-Euro value adjustment for BLG, reducing its pre-tax earnings to 20.2 million Euros. However, at the general meeting on 30 May, the distribution of a dividend of 40 cents per no-par share shall be proposed again.

2013 saw a total of 7.5 million vehicles handled, transported or technically processed in the automotive logistics division - around 100,000 vehicles more than the previous year. In doing so, BLG cemented its position as market leader in European automotive logistics. With 2.18 million vehicles last year, Bremerhaven is the biggest hub, handling 30,000 more vehicles compared to 2012. These figures primarily result from exports to Asia and the USA, which make up around 80 percent of the activities. Imports dropped to only 20 percent of the entire volume during the last years. Asian manufacturers have built new factories in Eastern Europe, which also service the Western European markets. Although this benefits car transportation and the Kelheim car terminal, the vehicles no longer come through Bremerhaven.

BLG develops tailor-made logistics solutions for its customers in the contract logistics division, with the main focus areas being car parts logistics, trade and distribution logistics, industrial and production logistics, and seaport logistics. Contract logistics recorded growing volumes in almost all business fields, and new contracts included distribution logistics for Bosch Thermotechnik in Butzbach near Frankfurt, car parts logistics in Brotterode, Wackersdorf and Tuscaloosa, and online logistics for Tchibo in Bremen. This saw over 50 million Euros invested in expanding the high-rack warehouse at Neustädter Hafen. The order volume for Tchibo doubled as a result of the online business, and over 200 new jobs were created at BLG. The group is active in offshore logistics on the ABC peninsula at the Bremerhaven car terminal, and through the transportation of wind energy plant components by special pontoon. Rotors are also being set up in Wilhelmshaven for the Global Tech I wind park.

The container division is being developed by the EUROGATE joint venture. A total of 14.2 million standard containers were handled at the 11 terminals in 2013 - 7.3 percent more than the previous year. With a 1.2 percent drop, the German terminals fell slightly short of last year's volumes. The infrastructure situation in Hamburg has been undergoing critical developments due to the Elbe waterway modification yet to be completed, and the construction work on the road network. The waterway aspect also applies to Bremerhaven, but to a lesser extent.

The total number of staff at the BLG group rose to 7,786 in 2013 thanks to the growing business volumes. Including its subsidiaries and shareholders, BLG provides over 16,000 jobs at more than 100 locations worldwide. Incentive systems were developed in order to counter the challenges of globalisation and demographic change, with buzzwords including healthcare, advanced training and qualification, inhouse junior management programmes, work/life balance, and future-based social programmes for company pension schemes.

"The economic outlook for 2014 shows another difficult financial year ahead," says Frank Dreeke, who believes Europe's economic recovery will be a slow process. Political crises may also impact global trade. "We are doing all possible to ensure our business is profitable, and to consistently implement the new efficiency-boosting and restructuring programmes. Overall, BLG expects a slight increase in sales this year, and an operating result similar to that of 2013."