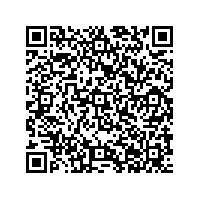 Bag to Life: Three partners want to get off the ground

Bags made from life vests: Bag to Life is now working with shareholders from Lichtenfels 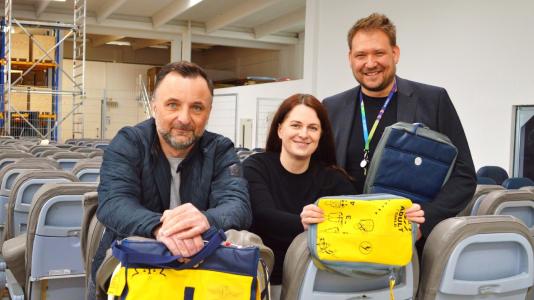 (PresseBox) ( Bayreuth/Lichtenfels, 26.03.20 )
What to do, after the co-partner in a small company resigned? Look for new ones - preferably those, whose philosophy compliments your own. Kerstin Rank from Bayreuth, whose company Bag to Life is best known for bags and accessories made from discarded aircraft life-jackets, parachute silk or leather from aircraft seats, found such partners in Lichtenfels.

A good network is worth its weight in gold. Three years ago, Kerstin Rank met Thomas Bulirsch at an event. The Lichtenfels native is the owner and head of aviationscouts -a company that buys used aircraft seats, refurbishes them and resells them to airlines all over the world – between 6,000 and 10,000 a year. Therefore, similar interests are expressed in both the aviation's industry’s activities as well as the business of recycling and upcycling. When Rank’s co-shareholder Thomas Gardeia left the company due private reasons, Rank and Bulirsch got together for business.

They also took on board a third man – Thomas Machalke. A name well-known throughout Upper Franconia's upholstered furniture industry which is still going strong. For many years the family owned a manufacturing faculty which at times had up to 700 employees. Since 2002, Thomas Machalke has been running his own upholstered furniture factory in Lichtenfels under the “Tommy M” brand with around 50 employees and, according to his own statement, also attaches great importance to sustainability in his designer furniture.

This makes Machalke by far the largest in the new alliance. Aviationscouts has 17 employees and three work at Bag to Life, where Rank remains the main shareholder. However, size is a minor matter, and regular strategic meetings are held at eye level. “There are plenty of ideas, we need to see which ones we can actually realise”, says Rank.

Currently, the main thing is to draw synergy from the partnership. The first is that Bag to Life has left its previous headquarters in St. Georgen and has instead joined aviationscouts. In Lichtenfels, the company ownes complex with approximatively 3500 qm2 with space for management, production as well as logistic- where Rank now has also found employment. “There are structures from which we can benefit- in the customer base, purchasing, material flows or marketing” she says. Now is the time to make the most of it.

By 2020 at the latest, however, new Bag to Life products will be released. “Even beyond the bag segment”, says Bulirch, who is second managing director alongside Rank. Machalke can imagine, for instance, further developing Rank’s idea of converting discarded aircraft seats into very special seating for everyone. “We can combine our expertise, add one or two furniture elements to our aircraft seats and turn an economy class seat into a genuine luxury product.”

For Machalke, this is only an example of how the new partnership can have a positive impact. “We all look forward to working together”, says the entrepreneur, adding that Kerstin Rank’s creativity brings something to everyone. Among other things, they are now looking at how leather scraps, which inevitably accumulate in his manufactory, can be turned into Bag to Life products. Vice versa, Rank has ideas on how he can process things in his furniture “I have never thought about before. This will enable us to offer our customers something special in the future while at the same time making our business more sustainable again.”

“It’s an expression of a special competence for which we have not only worked for, but not many have” says Rank. And we intend to use this expertise in the future to advise airlines, for example. “The industry is very keen on showing that sustainability is significant for them” says Bulirsch and “We’re able to show companies that they don’t have to scrap discarded things but can upcycle and resell them in their shops”. And Rank adds “In the best case we’ll take over production right away.”

Bag to Life has been doing well for years. Last year, the number of parts sold increased again by around ten percent, says Rank. The products are distributed via the frequent flyer bonus programmes of Lufthansa, Swiss or Condor and are available from design dealers as well as many shops at airports and in city centres. And finally, there are our own and other online shops. As a licensed partner, Lufthansa even produces its own collection, on which the airline’s crane logo can be displayed. 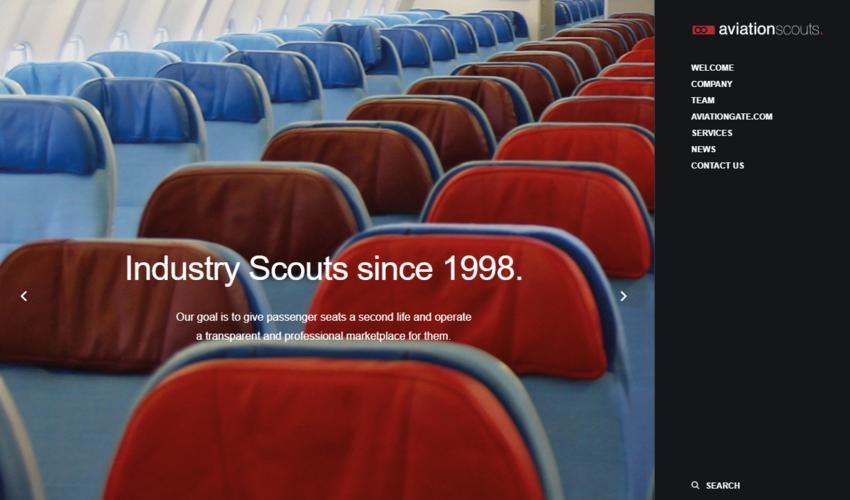 Aviationscouts GmbH was given the Export Award Bavaria 2019

Pressemitteilung Bag to Life: Three partners want to get off the ground weiterempfehlen