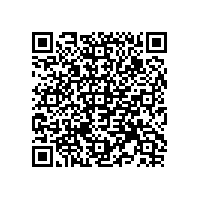 Constant dripping instead of a waterfall? 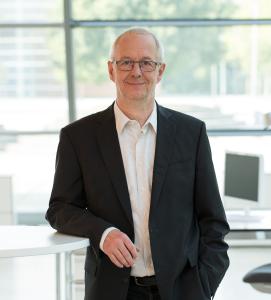 (PresseBox) ( Isernhagen, 22.09.20 )
Parallelizing engineering processes increasingly has long been an enforced reality. Aucotec AG, a software developer for more than 35 years, is now setting new standards in this area. With "agile engineering", the company wants to empower designers to much more efficiently and effectively master the simultaneous cooperation of different disciplines in mechanical or plant engineering projects. Up to now, companies have lost a lot of time and data quality due to the change pitfall that arises from trying to achieve the necessary parallelization of processes with toolchains that are actually only suitable for waterfall processes.

"The" waterfall process is long gone. No designer can wait until the previous project step is completely finished. Thus, he starts without the results of the neighbouring discipline in his tool. The other departments do the same. This requires interdisciplinary comparisons repeatedly. There are also inevitable external corrections due to changing customer requirements or framework conditions, with an impact on all disciplines. This results in a lengthy, error-prone cycle of change transfers. It becomes even more complicated with parallel "waterfalls", where the new version of a released process step is edited, while others are still developing on the basis of an earlier release.

Thus, the waterfall model is not only a thing of the past because of excessively long waiting times, but also because water does not flow uphill, i.e. backwards - and toolchains only support a predefined sequence. This is why Aucotec developed the cooperation platform Engineering Base (EB). It combines all core disciplines of machine and plant design into one system. Its central data model ensures that every change in each discipline involved is immediately visible to everyone and can be further edited directly. To stick with the water image: the model is like a pond in which circles of ripples spread out as a result of each new drop of water. Likewise, each input into EB's single source of truth immediately reaches every discipline – an existential prerequisite for mastering complex scenarios.

With a number of innovations, Aucotec has now optimized EB to such an extent that the next step, agile engineering, is possible. In addition to the established data tracking with complete change history in which it is possible to individually configure whatever changes you want to see, there is attribute-level rights assignment, which enables you to define who may see and edit which status. This only works because EB focuses on data instead of documents. Restrictive rights in relation to objects are not effective here, as each object exists only once, but different disciplines work on it, even in parallel. A process engineer edits a pump just like the electrical expert, but with respect to other aspects. EB is all about simultaneity.

In addition, the data and the entire plant structure are protected against inadvertent changes. This applies below objects as well as above them ("glue to parent"). Agile work is only possible with this cross-disciplinary certainty, which does not require the "freezing" of data, but enables continuous visibility of progress in neighbouring disciplines and immediate usability of new data for one's own tasks. As a result, the much closer interlinking of the disciplines eliminates the need for waiting times and continuous changes back and forth between departments and contributes enormous gains in terms of efficiency. During the design stage, the modification of a plant engineering project is also possible at any time: what was envisaged a year or two ago does not necessarily have to be implemented. New insights can be implemented continuously and quickly, i.e. agilely, in the ongoing process. The result: the finished plant is state-of-the-art, and not from two years ago.

"Agile engineering is a long-term strategy," explained Reinhard Knapp, Head of Global Strategies at Aucotec. "Of course, this is not a must, EB creates efficient cooperation, even without agility. However, the suitability of a system for agile engineering is today the benchmark for its future viability." Whoever wants to become more parallel due to the ever-increasing pressure on time and efficiency, whoever has to cope with more and more complexity through such Industry 4.0 requirements as the exploding variety of sensors, whoever wants to grow and invest in a future that cannot yet be envisaged exactly, they will soon reach their limits with toolchains and synchronization platforms according to Knapp. EB is currently the only system that provides the basis for agile engineering. "It already contains the future," stressed Aucotec's chief strategist.

Aucotec AG has over 35 years of experience in developing engineering software for the entire lifecycle of machines, plants and mobile systems. The solutions range from flow diagrams via I&C and electrical engineering for large-scale plants to modular harness design in the automotive industry. Aucotec software is in use all over the world. In addition to its headquarters in Hanover, Aucotec operates six further sites in Germany as well as subsidiaries in China, South Korea, France, the United Kingdom, Italy, Austria, Poland, Sweden, Norway and the USA global network of partners ensures local support throughout the world.

New gateway to the third dimension

Pressemitteilung Constant dripping instead of a waterfall? weiterempfehlen