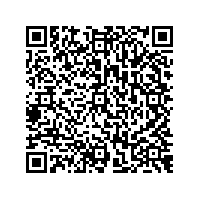 asknet AG, part of the Swiss-listed international technology and media company The Native SA (www.thenative.ch), looks back on a successful business performance in the first three months of 2018.

The most important operational developments in the Academics Business Unit included the implementation of the new sales partnerships and the creation of a partner network for the ongoing internationalization of the distribution channels. The partnership with ANSYS, the world’s leading manufacturer of simulation software, was intensified and the first major licenses were sold to customers from the research and educational sectors. asknet also won a tender by the federal state of Saxony to supply the state’s universities with Microsoft licenses. As announced in the press release dated April 6, 2018, asknet launched a new Microsoft Office 365 complete package, for which three customers have already been won. More customers are about to sign the corresponding contracts soon.

“We have an attractive portfolio of software and hardware from leading manufacturers in the academic sector. We believe that the further internationalization of our offerings holds vast opportunities for future growth and rely on strong partners to support us in expanding our sales activities in the target regions,” says Michael Baumann, Head of the Academics Business Unit.

The eCommerce Solutions Business Unit won six new customers in the first three months of 2018. The corresponding shops have largely been completed and will contribute to revenues and earnings as of the second quarter. In addition, customizing projects were implemented for several new customers, which help to further intensify asknet’s customer relationships. The Business Unit has the biggest growth potential in Asia, where many new manufacturers are trying to gain a foothold in the global online market and rely on full-service suppliers such as asknet. The Business Unit also aims to further internationalize its operations, especially in the US market.

“We had a very good start to the year 2018 and will work on a large number of new customer projects in the second quarter. Our market remains hotly contested but very dynamic. Building on the sales successes of the past two fiscal years, we were able to improve our market position significantly and meanwhile have a continuous pipeline of new customers,” says Jan Schöttelndreier, Head of the eCommerce Solutions Business Unit.

As announced in the ad-hoc release dated May 3, 2018 the CEO of asknet AG, Tobias Kaulfuss, will resign from the Executive Board at the Annual General Meeting on June 28 but has simultaneously been proposed for election to the Supervisory Board. His successor on the Executive Board is Sergey Skatershchikov, Chief Financial Officer of asknet AG and Chairman of the Board of Directors of the majority shareholder, The Native SA.

“Since I took up office, asknet Group has gone through a thorough change process during which it has laid the professional basis for dynamic growth. Step by step we will now be able to reap the fruits of this process. I would like to take this opportunity to thank our employees, customers and partners for their support during this time. We see great potential for the future for both Business Units, which are today positioned as independent, powerful units, with their own organization, human resources and experienced management team,” says Tobias Kaulfuss, CEO of asknet AG, adding that the company’s strategic position has changed fundamentally since the entry of The Native SA. “We can now build on the network, the expertise and the financial muscle of our new majority shareholder. I am therefore very optimistic about the future of asknet Group, which I hope I will be able to serve in the future as a member of the Supervisory Board.”

The Executive Board of asknet AG continues to project a strong increase in consolidated gross profits as well as positive earnings before taxes (EBT) for the full year 2018.

asknet Group is an innovative supplier of e-business technologies and solutions for the global distribution and management of digital and physical goods. Founded in 1995 as a spin-off of the Karlsruhe Institute of Technology (KIT), the company is a pioneer of modern e-commerce with over 20 years' experience in the field. asknet's eCommerce Solutions Business Unit (previously Digital Goods and Physical Goods Business Unit) enables international manufacturers to successfully market their products in over 190 countries. The core product, asknet eCommerceSuite, covers the complete sales process and is suitable for manufacturers of both digital and physical goods. In addition, the company offers stand-alone services and solutions along the value chain. asknet's Academics Business Unit assists customers from the research and education sector in purchasing and managing software and hardware. Thanks to its close relations with over 80% of Germany's universities and research institutions, asknet is intimately familiar with their needs and requirements and can offer them specific solutions. asknet is part of The Native SA, the Swiss-listed content marketing, technology and e-commerce services group. For more information, visit www.asknet.com and https://investor.thenative.ch.