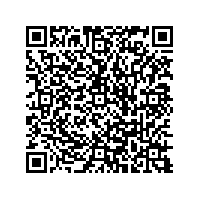 News abonnieren
(PresseBox) ( Karlsruhe (Germany), 23.10.18 )
asknet AG, an e-commerce services company majority owned by the Swiss-listed international technology and media company The Native SA (www.thenative.ch), has completed a capital increase from cash contributions announced on September 27, 2018. By issuing 93,395 new shares at a subscription price of EUR 10.50 per share, the company received net proceeds in the amount of EUR 980.647,50. The proceeds of the capital increase are mainly to be used to finance the further growth of asknet AG, in particular by increasing sales and marketing personnel in both of the issuer's business areas. Furthermore, the company will invest in its technological development, i.e. for the continuation of investments in product development.

Existing shareholders, who were granted their statutory subscription rights, underwrote until the end of the subscription period on October 19, 2018 1,201 shares in the amount of EUR 12,610,50. Nexway SAS, a French e-commerce services firm, subscribed the remaining 92,194 shares in the amount of EUR 968,037. Based in Paris – La Défense, France, Nexway is a leading provider of solutions to monetize digital businesses and connect companies to the worldwide digital market with a significant presence in France, Southern Europe, Northern Africa, Latin America and the USA. In connection with this investment, asknet and Nexway are currently discussing a long-term strategic partnership.

Furthermore Norman Hansen resigns from the Supervisory Board of asknet AG and will be replaced with Gilles Ridel, the founder and former shareholder of Nexway, who no longer maintains any director or officer position at Nexway SAS. The replacement is still subject to the approval of the district court of Karlsruhe.

Hubert Maurer, Vice President Finance & Administration: “The successful execution of the capital increase enables us to implement our new growth plan 2018-2020 and we expect the subsequent investments to generate substantial profitable growth in the coming years.”

The new shares are expected to be admitted to trading on the Frankfurt Stock Exchange (Basic Board segment) under the existing ISIN DE000A2E3707 by the end of October, with the capital increase to be fully exercised by the first week of November 2018. asknet AG is the 51% owned subsidiary of the Swiss-listed integrated e-commerce services company The Native SA. Based in Karlsruhe and listed in Frankfurt, asknet AG is an e-commerce services company with 22 years of experience in the industry. Its business is comprised of global payment processing, tax management, digital marketing and customer support services to vendors of predominantly digital goods and services, and software distribution services to the European academic institutions, students and alumni.