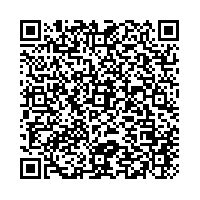 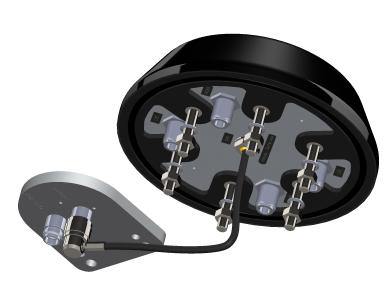 (PresseBox) ( Velten, 11.09.18 )
Since 2017, rail passengers have been enjoying free WIFI in the ICE. Digitisation is also making great strides in selected regional trains of Deutsche Bahn. Deutsche Bahn launched a pilot project for this under the name "Digital im Regio" in the same year. Part of the Colibri product portfolio is used, which offers passengers on regional trains not only WIFI but also an extensive information and entertainment system. The external and internal train antennas required for this are supplied by a specialized manufactory in Brandenburg.

Railway antennas play an elementary role in the digitisation of the railway infrastructure. They are needed to establish a solid connection to common radio networks and services such as LTE, UMTS, GPS or Tetra. In practice this means: If the train antennas are missing, there is also no Internet via WIFI on the train. Neither is there a stable real-time transmission of data from the train to the computers of the railway operators. That is why train antennas - more precisely external and internal antennas - are an integral part of digitising products such as Colibri (Coach Link for Broadband Information Exchange).

Together with Verkehrsverbund Berlin-Brandenburg, the states of Berlin and Brandenburg and DB Regio Nordost, DB Fahrzeuginstandhaltung GmbH have been testing the use of an integrated digital platform for trains in the "Digital im Regio" project since summer 2017. This is the vision of a modern, integrated IT and telecommunications solution for regional trains, which is intended to increase both passenger comfort and the cost-effectiveness of rail operations. Thanks to Colibri, passengers can see on an outside monitor on the train or an app, where seats or bicycle parking spaces are available before they even get on the train. At the seat, all travellers are offered entertainment in the form of music, films, audio books and games in a new media library. Railway operators also benefit, as Colibri enables economically lucrative and forward-looking maintenance - so-called predictive maintenance - by real-time transmission of condition data of individual train components. In future, ma intenance will know which components have to be replaced and in what numbers before the next maintenance interval, thus saving enormous procurement and storage costs.

The tender for the outdoor and indoor antennas for the Colibri project, which started in mid-2016, was won by Antonics-ICP GmbH from Velten in Brandenburg. Since its foundation in 2007, the company has become one of the most important suppliers on the national and international railway antenna market. The S-Bahn Berlin, the Hamburg elevated railway and a large number of railway companies worldwide are among the customers of the Brandenburg-based company.

For the outdoor antennas, a "combi" solution was explicitly sought in the tender, which combined two LTE and WIFI MIMO antennas as well as a GPS antenna in a single module. In addition, the effort for installation and commissioning should be as low as possible.

Antonics-ICP already had a suitable product in its range: the OmPlecs TOP 200 AMR MF 04 -5- MIMO. Like all antennas in the OmPlecs series, it is completely metallic and does not require ceramic elements or printed circuit boards. This significantly increases the antenna gain and longevity. Unlike conventional broadband antennas with only one RF connection, it also works with modern multiband technology: depending on the configuration, each individual antenna can contain up to eight RF connections for frequency ranges between 140 MHz and 6000 MHz. Each band is already separately and individually tuned. This eliminates the need for costly splitters or couplers and significantly reduces the number of antennas on the roof. This results in additional savings potential. OmPlecs antennas are also factory-designed to easily fit on plastic roofs - no special metal brackets are required, yet the strict fire protection requirements are met. This in turn reduces costs. In addition, there is a very low overall height of a maximum of only 60 mm, which simplifies installation on the train roof. In addition, they are still operational even at extreme temperatures from -60° to +80° . In terms of temperature resistance, they therefore clearly exceed the requirements of the DIN EN 50155 railway approval directive.

The combination of advanced technology and high efficiency finally convinced the tenderers to select the OmPlecs TOP 200 AMR MF 04 -5- MIMO as the outdoor antenna for the Colibri train system. "I think that innovation and cost efficiency are the key factors for why we won the tender," said René Roeder, Chief Marketing Officer at Antonics ICP and co-founder of the company. "Our products offer both because we have relied on planar antenna technology right from the start and have continuously developed it further. This technology originates from military research and enables an extremely compact, robust construction and the accommodation of a variety of different communication systems on a single antenna. This sets us apart from the international competition, where classical antenna designs are still used. Today we own more than a dozen patents and industrial property rights in the field of planar antenna technology."

Unlike the external antenna, Antonics-ICP could not apply for the indoor antenna tender with a finished product. Indoor antennas are needed to transmit the WIFI signal to the interior of the train compartment. So it is the indoor antennas that provide the passenger with WIFI access - a basic premise for Colibri. We were looking for a dual-band indoor antenna in a 3x3 and 4x4 MIMO version. At the time of the tender, however, Antonics-ICP had only one 2x2 configuration in the catalogue. As with the external antennas, installation and commissioning should also be as straightforward as possible. "We also wanted to win this tender because we are firmly convinced of our technology. Ultimately, we decided to simply redevelop the right product. Many products in our catalogue were created in this way and are still in demand today," says René Roeder.

Because the entire development process at Antonics-ICP is carried out in-house, a ready-to-use prototype could be produced within a very short time: "We can imagine developing an antenna in this way: At the top are our engineers and programmers who use CAD to create a 3D drawing of the antenna on the computer and run multi-stage test scenarios. Based on these drawings, our CNC milling cutters and mechatronics engineers in the basement produce the individual components and assemble them into a functioning antenna. It is then extensively tested by our testing experts according to all the rules of art," says René Roeder. This is how the OmPlecs TOP 200 RAIL in the 3x3 and 4x4 MIMO version was finally created. Due to the planar antenna technology, its dimensions are extremely compact: The diameter is 200 mm and the overall height only 40 mm. In combination with a robust and completely flat design, it is also optimally protected against vandalism. The clients were convinced agai n.

Antonics-ICP's railway antennas have already been successfully used for several months in the Colibri/'Digital im Regio' trains of the RE3 and RE5 lines in Berlin, Brandenburg and Mecklenburg-Vorpommern. The Brandenburg-based antenna manufacturer is thus part of the history of the digitalization of regional railways - a history that got off to a rocket-like start last year with pilot projects such as Colibri/Digital im Regio.

In the air of this and other successes, the signs are clearly pointing to international expansion at Antonics-ICP, says René Roeder: "In the short and medium term, we will significantly expand our corporate headquarters, above all in order to achieve higher production and storage capacity. In the long term, international branches are also an issue, because we notice every day: There is nothing on the world market that can easily replace quality products in terms of vehicle antennas made in Germany".

The ANTONICS is one of the leading developer and producer of high sophisticated antenna systems. Based on latest technologies Antonics designs and manufactures antenna solutions for professional use at the Velten location near Berlin. The product portfolio is looking especially through planar antennas with an essential orientation to mobile system solutions and also stationary mobile communications technologies.

As a manufacturer of the train antenna and train radio system of the brand OmPLECS is the ANTONICS one of the leading innovative supplier in the rail sector for train antennas.