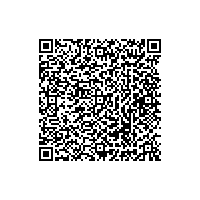 EC confirms importance of CA-Directive and wants to extend scope

(PresseBox) ( Paris, 11.11.08 )
.
- AEPOC to continue dialogue with the Commission on the CAD, offering further information support from AEPOC’s 31 member strong knowledge base
- AEPOC decides on its supports for the Eastern European Countries
- Special thanks to Andrew Curle representing Irdeto at AEPOC since its foundation

AEPOC, the European Association for the Protection of Encrypted Works and Services, strongly welcomes the European Commission’s report on Conditional Access and the CA-Directive 98/84/EC. AEPOC officially discussed the Commission’s verdict at the Associations’ recent Board of Directors meeting, held on October 16 in Paris, kindly hosted by AEPOC Member Eutelsat.

The Commission’s conclusions, result of a study and public consultation carried out in 2007 and 2008, address all major issues of the current legislation on Conditional Access-based services: The report confirms the continued overall importance of anti-piracy legislation and the need to adapt existing provisions to enable further growth scenarios, especially in view of newer services such as VOD, mobile TV and online streaming. AEPOC is pleased to see that the Commission has taken up one of AEPOC’s major points: The adoption of penalties for the possession of pirate systems by private individuals. Such penalties are currently not provided for by the CA-Directive. The Commission will now be setting up an expert group, consisting of government representatives from the 27 EU Member states, and proposes that the EU ratify the Council of Europe’s European Convention on the Legal Protection of CA-based services.

The Commission criticises the slow growth of cross-border services, e.g., the enabling of viewers that live away from their country of origin to access services from their home country. AEPOC’s suggestion is to clearly separate any issues of audio-visual piracy from this matter. Currently, Pay-TV operators distribute usually audio-visual content on a territorial or linguistic basis. However for cross border services, where there is a consumer demand, rights for specific territories can always be obtained by contractual agreement.

AEPOC President Jean Grenier commented: “AEPOC is very satisfied to see this Commission’s report on CA addressing most of AEPOC’s major concerns and suggestions for the future development and legal protection of innovative audio-visual services in a clear-cut and very focused approach. The Commission’s verdict opens up the way to discuss making the personal use of piracy tools illegal – an important deterrent for individuals to step back from piracy equipment. AEPOC will continue its fruitful dialogue with the Commission and is ready to provide information support from AEPOC’s 31 member strong knowledge base from the heart of Europe’s Pay-TV industry – and even beyond European borders.”

In June 2008 AEPOC President Jean Grenier proposed a special action plan focused on anti-piracy initiatives in the Central and Eastern European Countries, named the ‘Budapest Agenda'. This was officially adopted by the AEPOC Board on October 16. The Budapest Agenda has been developed as a multi-level and long-term initiative to support building a sustainable framework within these countries to fight audio-visual piracy: These regions – and their respective governments – may not have considered piracy a serious problem in the past. Now that these regions do show increased growth rates and huge digital take-off , actions against piracy must have top priority. The Budapest Agenda is aimed to provide such a mind set and support dedicated activities while it must build on the dialogue and partnership with all stakeholders – operators, local governments and local law enforcement as well as the public. The major goal of the Budapest Agenda is to achieve an acceptable level of legal tools and law enforcement efforts in the CEC countries that is not lower than the average level available in Western Europe. The initial basis for an effective support from AEPOC is the fact that all Eastern European Member countries of the EU have already adopted the CA-Directive.

Special thanks to Andrew Curle, representing Irdeto at AEPOC since its foundation

During AEPOC’s Board meeting Jean Grenier expressed his and the Association’s special thanks to Andrew Curle, representative from Member company Irdeto, for the many years of support provided to AEPOC: Andrew Curle, who shall retire from his professional career within the next months, also introduced Chris Pauley as his successor and new Director of Security at Irdeto and representative within AEPOC.

The next AEPOC meeting is scheduled to take place in December 2008 in Brussels. Further details will be communicated in due course.