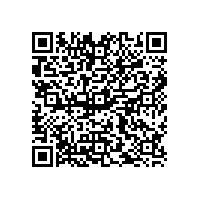 (PresseBox) ( London, 20.11.09 )
Adconion Media Group (www.adconion.com), the largest independent global audience and content network, announced today that it has entered into an exclusive partnership with Goldbach Media Group, the leading marketer for private electronic, interactive and mobile media in Switzerland and Austria to extend its footprint across Europe.

Through this partnership, Adconion will increase its reach by more than 25 percent to nearly 400 million unique users, taking it up to 20 billion impressions per month in 10 new markets. With this added exposure, Adconion's advertisers and agency partners will be able to run increasingly valuable campaigns across Central and Eastern Europe, from Switzerland, the Czech Republic and Austria to Poland and Russia.

"Global brands are searching for new, different and better ways to advertise their products and services in markets across the world, and through this partnership with Goldbach Media we'll be able to offer our global partners increased reach across important European economies," said Arndt Groth, president of Europe, Adconion Media Group. "Our Global Sales Team is seeing a tremendous increase in the demand for global campaigns, with advertisers and agency partners expressing specific interest in our suite of online video advertising products, and this partnership will increase the potential scale of their campaigns through offering them access to what will now become the largest pan-European online advertising network".

Testament to Adconion's commitment to being able to offer advertisers worldwide campaigns, was the establishment of a dedicated Global Sales Team in 2008. By taking an approach predominantly utilized by portals, the Adconion Global Sales Team has secured a number of clients since inception including AT&T, McDonald's, Nike, Nissan, Phillips, Sony Ericsson and Sony Pictures.

Adconion adhere's to a strict code of conduct around the world that ensures they only have direct relationships with each of their publishers. By continuing this tact with all of the publishers within the Goldbach Media network whom are represented exclusively, Adconion will continue ensure brand safety for the advertiser and maximum R.O.I for the publisher as a result of this.

The company completed a record £40.9 million (US$80 million) Series C round of funding led by Index Ventures in February 2008, and won the Investor AllStars award for 2008 "Deal Envy of the Year," in addition to being named in the Library House list of the hottest 100 private mediatech companies in Europe.

Goldbach Media is the expertise and logistics centre for the marketing of private electronic, mobile and interactive media in the fields of TV, teletext, radio, adScreen, Internet, ingame advertising and search engines as well as mobile marketing with a focus upon Switzerland and increasing activities in Austria, Germany and Eastern European countries.Offices are in Zurich, Berne, Basel, Lausanne, Vienna, Zagreb, Lubliana, Belgrad, Prague, Bukarest, Warszawa, Saint-Petersburg and Moscow. The core business of the Küsnacht Zurichbased group includes the planning, conception, purchase, execution and handling of the use of various electronic offline and online media as well as crossmedia campaigns. Goldbach Media has been listed on the main market of the SIX Swiss Exchange since 15 June 2007 (valor no. 487094, ISIN CH0004870942, symbol: GBMN). Goldbach Media aims to grow rapidly in the dynamic online market and plans to enter selected Eastern European markets.